usually affects blood cells, digestive tract, the brain and circulation. Symptoms appear within hours or weeks depending on the dose of the radiation. The patient goes through the following phases:

Prodromal Phase: The prodromal phase usually occurs within 48 hours but may be delayed up to 6 days following radiation exposure. An early prodrome indicates an exposure to a high dose of radiation.

Latent Phase: The patient shows apparent improvement during the latent phase, which may last from several days to a month.

Manifest Illness Phase: The patient suffers from low immunity during this phase and may recover if he/she survives this stage.

In the fourth stage, the patient may either recover or may die.

The patient may suffer from all the phases within a few hours if he/sheis exposed to a very high dose of radiation. This could result in death.

The effect of radiation of different body parts and systems is described below:

Blood cells: Blood cells fail to divide in the presence of high doses of radiation. This leads to a decrease in formation of all types of leading to infection, bleeding and poor wound healing. This could result in death.

Digestive Tract: Radiation damages the inner lining of the . It causes symptoms like abdominal cramps, diarrhea, nausea and vomiting. Symptoms disappear during the latent phase, but reappear along with high fever in the manifest illness phase. Complications arising from the effect of radiation on the digestive tract include malnutrition due to decreased absorption from the intestines, dehydration, loss of electrolytes, low blood pressure, bowel obstruction and anemia. The patient could also suffer from sepsis and kidney failure.

Brain and Circulation: Radiation affects the blood supply to the brain. In the prodromal phase, the patient may appear disoriented, confused and in some cases show loss of balance and seizures. Apparent improvement takes place in the latent phase. The patient worsens in the manifest illness stage resulting in shock, which occurs due to very low blood pressure. Complications include brain edema (swelling of the brain), increase in intracranial pressure (increased pressure around the brain) and lack of oxygen to the brain thus resulting in brain damage.

Japan Worried About Health Risks Due to Damaged Nuclear Reactors

Officials have stated that the health risks are quite low as so far very small amount of radioactivity has been released into the environment.

The fires and explosions at Japan's nuclear plant has sparked the panic buying of potassium iodine pills, a preventative treatment for radiation sickness.

A man hospitalized at the All India Institute of Medical Sciences (AIIMS) earlier this month after radiation exposure, died of multiple-organ failure on Monday.

Ultraviolet radiations are electromagnetic radiations with wavelengths shorter than the shortest wavelength of visible light, " the rays beyond the rainbow". 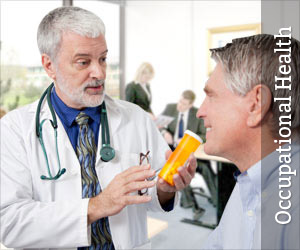 This medication is an amino acid, prescribed for decreasing the incidence of infection, drug induced febrile neutropenia ...