In addition to catering to the need for milk with varying fat content, specialty milks have been developed in response to particular health concerns and taste preferences.

Acidophilus milk: This type of milk (usually low-fat or skim) has the same nutritional value as the milk from which it is made. It differs from regular milk in that the bacterium Lactobacillus acidophilus has been added to it. Some people believe that acidophilus milk is good for digestive upsets, or can help combat lactose intolerance. Another benefit attributed to acidophilus milk is that it can help restore beneficial bacteria to the intestines after taking antibiotics.

Calcium-enriched milk: You can pack even more calcium into a glass of milk with this low-fat milk, which is fortified with 500 milligrams of added calcium per cup.

Lactose-reduced milk: The enzyme lactase is added to this product to help lactose-intolerant people digest milk more easily. With a slightly sweet flavor, it has virtually the same nutrient values as regular 1% milk.

Low-sodium whole milk: Although salt is not added to milk, dairy products are naturally fairly high in sodium. Low-sodium milk has been treated to replace about 95% of its natural sodium with potassium. Its sodium content is about 6 milligrams per cup, compared with 120 mgs per cup in regular whole milk. The treatment almost doubles the milk's potassium content.

Sterilized milk- standardized milk is sterilized by subjecting the milk in bottles to temperatures of 115 C for 15 minutes. This kills all microorganisms. This way milk can be preserved at room temperature for at lease 85 days from the time of manufacture.

Malted milk  as the name suggests, it is made by drying a mixture of separated fluid of ground barley and whole wheat mash along with whole milk. Owing to inclusion of whole milk, the fat content ranges from 3.5 - 7.5%.

This low-fat milk craze has been going on for decades [as has margarine] but have we become thinner? Quite the opposite. Simple carbohydrates (white bread, white rice) and sugars are your enemies, not fat.

Milk SHOULD be described, Not according to the % milk fat content, which suggests a low fat content, but rather like other foods, by the % of calories supplied by fat. It seems to me that the current system is a deliberate deception by the dairy industry, to misrepresent and so promote their product, at the expense of the health of 100s of millions of people.

its not complete,i wanted to know fat and snf of milk including single toned,double toned mlk,, but itz not there...but still something is better than nothing.. thank yu.

this is really stupid a cant find any info on here! 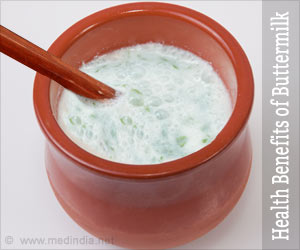