Leprosy is a chronic infectious disease affecting the skin, eyes, testes, the peripheral nerves and mucosa of the upper respiratory tract but capable of affecting any tissue or organ.

Gerhard Armauer Hansen discovered M.leprae in 1873 and hence came to be called as Hansen's disease. It was the first bacterium to be identified as a disease-causing agent in man, yet it remains as one of the disease that is least understood. It is prevalent in warm, wet areas in the tropics and subtropics.

Other than humans the bacteria affects armadillos, mangabey monkeys, rabbits and mice. 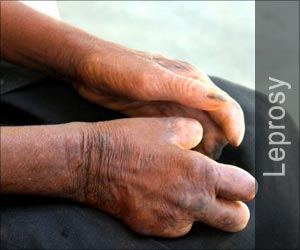