Leprosy is one of the oldest maladies and is well recognized in the oldest civilization of China, Egypt and India as a contagious, mutilating and incurable disease. The humans feared it because it resulted in disfigurement and physical disabilities, which are irreversible. Leprosy is also associated with a lot of stigma and in ancient times the community shunned people affected with leprosy into separate leper colonies.

Leprosy is believed to have existed in Egypt as long ago as 4000 BC and in India and Japan earlier than 1000 BC. It is also called as the infectious disease of the East. It later spread to Europe and British Isles and by 13th century it reached epidemic proportions. 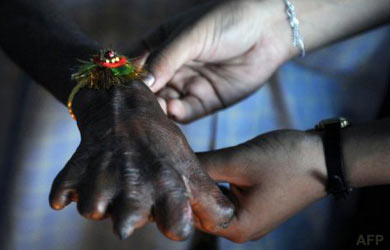 Latest Publications and Research on Leprosy

Leprosy in India Leprosy is an infectious disease which is caused by Mycobacterium leprae. India has the highest number of new leprosy cases in the world. India is currently running one of the largest leprosy eradication programs, National Leprosy Eradication ...

Nervous System The Central nervous system consists of the brain, the spinal cord, and the body's nerve network. This complex system is based on one kind of cell the neurons.

Quiz on Leprosy Leprosy is a disease which has left several individuals disfigured and victims of social alienation. Medications have made a big difference in controlling disfigurement and complications of the disease and preventing social stigma. Test your ...
Sign up for Wellness Consult a Doctor Sign up for Selfcare
Advertisement
Health Topics A - Z
A B C D E F G H I J K L M N O P Q R S T U V W X Y Z