Children with the infantile form of the disease usually die within a year, but those who develop the disease later in life may survive for many years. The disease is most common among Ashkenazi (Eastern European) Jews. 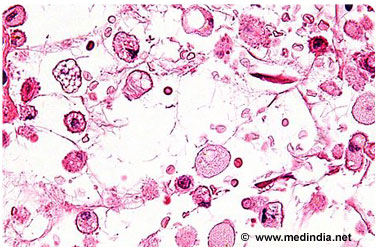 Gauchers disease is of three types:

Type 1 is a chronic form and is the most common one.

Type 2 is the infantile form usually causes death in the first year of life.

Type 3 is a juvenile form that can begin at any time during childhood.

Deposition of the fatty substances can occur in liver, spleen, lungs, bone marrow and, less commonly, brain. This can affect the normal functioning of the body, cause organ enlargement and bone pain. The disease can occur at any age. Treatment involves enzyme replacement.

Gauchers disease arises due the lack of an enzyme called glucocerebrosidase. This enzyme normally breaks down fatty substances (lipids) called glucocerebrosides. The deficiency of the enzyme hence leads to the accumulation of lipids in different organs and tissues. The disease arises due to genetic mutations. More than 300 genetic mutations have been found to be associated with Gauchers disease.

The disease is an inherited one that follows a pattern called autosomal recessive, i.e. both parents must be carriers of the genetic mutation that causes Gauchers disease for their child to develop the condition. 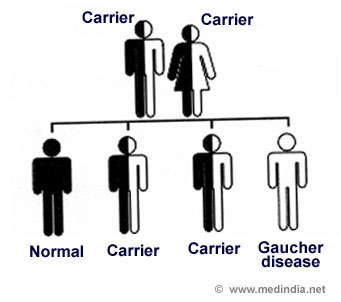