Strict adherence to protocols, treatment without delays, dose reductions and avoiding certain drugs to prevent toxicities may be important for therapeutic progress in an adult with ALL.

Doctors look into various aspects while treating patients, such as their age or the subset of ALL before deciding on their treatment. The goal of ALL treatment is to cure the patient of the disease completely.

There is a high probability for children with ALL to be cured of the disease. Currently, at least 80% of childhood ALL are considered curable. In recent times, the numbers of adult patients whose diseases are in remission have also considerably increased.

The following are some of the treatment methods employed for treating ALL:

During , drugs are employed that completely destroy the leukemic cells or prevent them from proliferating. Chemotherapy treatment for ALL are carried out in three phases:

These drugs are administered over 4-6 weeks.

Usually, methotrexate is delivered through spinal taps during intrathecal chemotherapy. Drugs like hydrocortisone (a steroid) and cytarabine (ara-C) may be added, particularly in the treatment of high-risk children.

However, most clinicians prescribe the following antibiotics for patients undergoing induction therapy. A commonly used regimen includes the following:

If patients taking these antibiotics become febrile, they are switched to another antibiotics and these are administered intravenously.

Induction therapy requires the patient to be hospitalized.

Supportive care with growth factors such as granulocyte colony-stimulating factor (G-CSF) may also be provided.

However there are still about 100 million leukemic cells in the patients body. The role of this therapy is to bring down the numbers of these remaining cells. The dosage and duration of this therapy is determined by the patients risk/prognostic factors. Children with average-risk ALL are usually treated with the following drugs during consolidation therapy:

Children with high- risk leukemia are treated differently. They may receive extra drugs such as the following:

In adults, methotrexate, anthracycline, podophyllotoxins and HD cytarabine are employed in consolidation therapy.

Consolidation therapy too requires hospitalization. The treatment protocols may differ for various people. 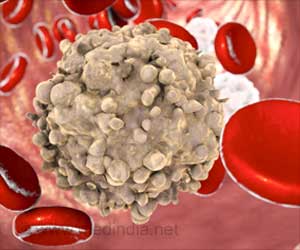