This is a very rare abnormality only occurring in about 1:10,000 babies. In this condition there are multiple cysts (water bubble) in one of the parts of the lung, which can result in one of the lobes developing as a group of cysts, rather than a proper piece of lung tissue.

Occasionally more than one lobe can be affected but it is usually confined to one lobe. This can be detected on ultrasound before birth and has various appearances ranging from a small number of large cysts to a large number of small cysts. The effect that this may have on the baby is very difficult to predict. In some babies the cyst can enlarge quite rapidly during pregnancy resulting in major problems for the baby before birth. More often, however, the cysts do not grow rapidly and may not grow at all. In fact, in some cases the cysts may actually disappear completely before the birth and the baby will be born with no problems whatsoever. For this reason it would be important to check on the changes on the baby's scan by doing repeat ultrasounds throughout the pregnancy.

For Some Patients With Cystic Fibrosis, Home Care Equivalent to Hospital Care
Researchers from Johns Hopkins University say that patients with cystic fibrosis (CF) recover from exacerbations equally well if they are treated at home or in a hospital.
READ MORE 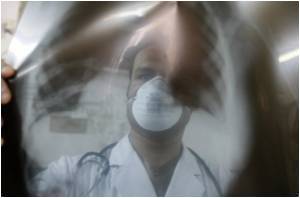 The Lungs - Animation
The lungs are our organs of respiration. It is within these, that exchange of gases takes place.
READ MORE
Sign up for Wellness Consult a Doctor Sign up for Selfcare