Intelligence Quotient  What does it mean?

Intelligence quotient (IQ) is a psychological concept created from scores of intelligence tests to indicate the intelligence level of an individual. Psychologists utilize these scores to standardize their assessment of the mental capacity of individuals. The most common IQ test is the Wechsler Adult Intelligence Scale (WAIS), where a score of 100 denotes an average score. Intelligence quotient scores range between 70 and 130 for normal individuals. Those who score above 130 are smarter than the average individual and those who score less than 70 are not as smart as the average individual. However, IQ tests are relative and need to be customized for the culture and the ethnicity of individuals. The motivation of individuals is also another factor that affects IQ scores. Certified psychologists conduct the real IQ tests, while those online have not been validated. IQ tests assess the fluid intelligence of an individual i.e., the part of the brain that reasons, uses logic, and attempts to solve novel and complex problems. Crystallized intelligence, on the other hand, is the aspect of the brain that memorizes and retains knowledge based on a set routine or pattern. Thus, repetitive tasks get easier with time due to the memory of that task. An article by the NY times gives an assessment of the IQ score as follows: 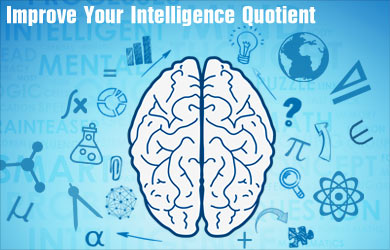 A score > 164 is the intelligence attributed to the chess champion, Bobby Fischer, and the musician Wolfgang Amadeus Mozart.

A recent study has shown that the genes governing IQ lie on chromosome 7 and on chromosome X. There are 7 areas on chromosome 7 that possess IQ-related genes. These genes are regulated by 7 transcription factors and 16 microRNAs.

How do you Increase Brain Power or IQ?

Brain power, includes IQ and can be increased by: 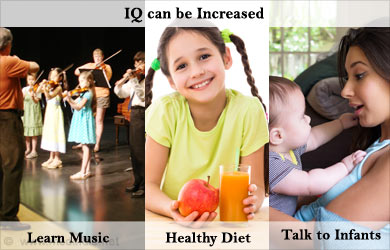 How do you Test IQ?

The IQ tests measure the verbal and performance scores of an individual. The full-scale score is the popular IQ score that we talk about. In the verbal score, individuals are tested on arithmetic, vocabulary, judging similarities, understanding social issues, and repetition of numbers that test memory and attention. The performance score tests individuals for their logic, visual pattern recognition, detecting fine details, solving a jigsaw puzzle, and reproducing a code. 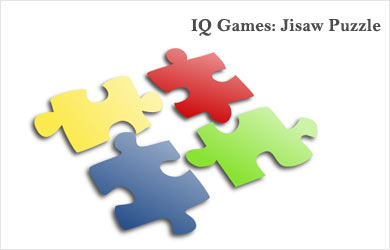 Some of the tests for IQ are the Wechsler Adult Intelligence Scale (WAIS) test and the Ravens Progressive Matrices. More recently, a new test called the dual N- back test has been shown to improve the fluid intelligence of individuals, when performed on a regular basis.

Diet and Exercises to Increase IQ

Healthy Diet for the Brain

Food for brain power: A comprehensive review of all the research data has observed that consistent, regular consumption of fruits, 100% juice, and vegetables benefits cognitive function in older adults. Regular intake of fruit juice has also been shown to improve the memory of individuals with cognitive problems of a milder degree. However, inconsistencies in the research data make it difficult to assess the appropriate quantity of fruits and vegetables for healthy individuals based on age or for those who have cognitive issues. 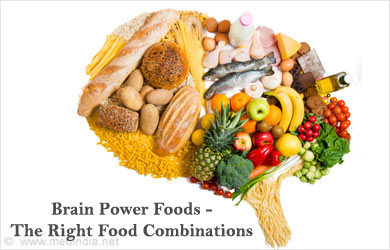 Nutrients for the brain - brain supplements

Many supplements have been recommended to boost memory and improve the brain function. However, there are conflicting reports regarding the effectiveness of these supplements on the brain. Below are some of the commonly advertised supplements for enhancing memory.

Huperzine A: This supplement is obtained from the Chinese moss, Huperzia serrata. Huperzine A has been intensely studied in China and shows a favorable effect in the treatment of Alzheimers However, there is no conclusive result that shows its effect in reducing the chances of obtaining Alzheimers or in enhancing memory.

Ginkgo: This widely used supplement is obtained from the Ginkgo biloba tree. A research study in Italy showed a positive effect of Ginkgo in preventing memory loss. However, subsequent studies have not been able to conclusively show that Ginkgo prevents memory loss, dementia, or Alzheimers.

Fish oil: This contains Omega-3 fatty acids, such as docosahaexanoic acid that are known to benefit cardiovascular health. Similarly, certain studies have shown fish oil slows down the natural decline of cognition in individuals and improves memory. Eating fish is preferred to taking fish oil supplements

Choline: There is no conclusive evidence that choline improves memory but it is a nutrient found in meat, egg yolk, and fish. It is essential for early development of the brain and low levels lead to disorders in the brain.

Bacopa: This supplement comes from the plant, Bacopa monnieri, and is an Ayurvedic medicine for boosting memory and improving cognition. However, this evidence is not conclusive.

Green tea: A study has observed that green tea can prevent the deterioration of cognition due to its antioxidant properties. There is no recommended dose for green tea but frequent consumption is not harmful. 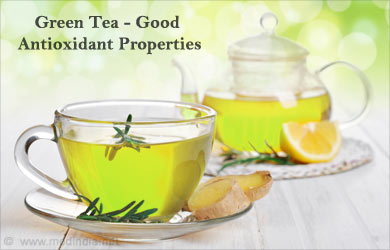 Phosphatidylserine (PS): The fat in the brain cells, called phosphatidylserine or PS, is used as a supplement to prevent dementia. People use this supplement from the brains of cows. With the advent of mad cow disease, PS supplements are now extracted from soy. However, there is no conclusive evidence of the effectiveness of PS in preventing Alzheimers or treating dementia.

DMAE: Dimethylaminoethanol has no effective research data that supports the claim of its effectiveness in brain health (memory and cognition). DMAE is found in many brain-enhancing supplements.

Vinpocetine: This is a drug that is manufactured based on a form of the periwinkle plant. However, despite many supplements, there is no evidence of its effect on preventing dementia.

Spanish Sage Oil: The antioxidant properties of this oil make it an attractive supplement for preventing deterioration of cognition.

Coenzyme Q10: The supplement coenzyme Q10 has antioxidant properties that may benefit the brain cells. Research studies are still verifying the effects of coenzyme Q10 and its role in preventing decline in cognition.

Vitamins for your brain

Vitamins have not been confirmed to have any effect on brain health. However, vitamin B12 deficiency can cause sudden memory loss and confusion. This can be rectified with the consumption of vitamin B12.

Vitamin B9 is essential to preserve memory and delays the onset of dementia when it is administered with vitamin B12.

Vitamin B6 is involved in the generation of neurotransmitters when it is administered in combination with vitamin B12.

Vitamin E is an antioxidant that may prevent the deterioration of brain cells. Alpha-tocopherol in vitamin E is present in the membranes of the nerve cells. Although it does not have an effect in mitigating the risk of acquiring Alzheimers, it may decrease the progression of the disease.

Minerals: Manganese, iodine, zinc, copper have been shown to prevent the deterioration of cognition and the degeneration of cells. Copper, manganese, and zinc prevent the cells from being targeted by free radicals with their antioxidant effects. Iodine is essential for the metabolism of energy in the brain cells.

Amino acid: Tryptophan has been shown to have a positive effect on the brain function.

Glucose: Regulation of the glucose levels in the diet is essential for appropriate brain function. The brain consumes 50% of the carbohydrates in the diet during periods of rest. However, the brain requires 80% of carbohydrates during activities that consume energy. Increased glucose metabolism can improve memory. 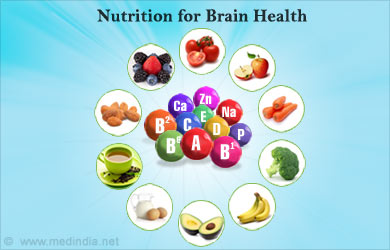 Puzzles, Sudoku, brain games, crossword puzzles, and music lessons challenge the thinking capabilities of the brain. These games also improve the attention skills. A study showed that brain-training games, such as Brain Age, Tetris, among others, improved the processing functions of the brain in the elderly.

Cognitive exercises: Processing speed, reasoning exercises, and memory boosting exercises help in improving the function of the brain. Processing speed enhances capabilities like reacting to changes in speed or traffic, while driving. Reasoning involves understanding concepts or complex family relationships or filling out forms for different purposes. Brain teasers are a good exercise to improve the reasoning capability. Exercises, such as memorizing lists or stories or numbers aid in enhancing memory.

Aerobic exercises: These exercises aid in physical fitness as well as improved brain activity. Aerobic exercises have been shown to improve attention, memory, and the ease in performing different tasks in quick succession. Aerobic exercises strongly benefit older individuals. A recent study showed that a combination of brain training exercises on the computer and physical exercises remarkably improved cognitive function in older people by enhancing the metabolism of glucose in the brain. 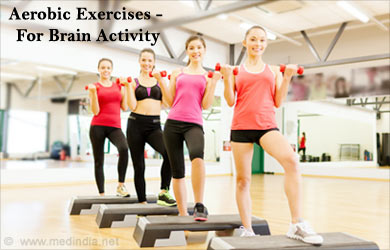 Teenage School Fights Retard IQ
Teenage school fights can have a lasting negative impact on the mental IQ of the child. Recently experts have said that two teenage fights can decelerate IQ equivalent to losing one school year.

Regular Marijuana Smoking Can Lead to Long-term Drop in IQ
According to psychologists, frequent marijuana use among teenagers can lead to cognitive decline, poor attention and memory and decreased intelligence quotient (IQ).

Thickness of Brain's Cortex Linked to IQ
The rate of change of thickness of one's brain's cortex could be important in determining the IQ, a new study found

The Quantity of Short-Term Memory, Not Quality, Decides IQ
Ever wondered why is one person's IQ higher than another's? Well, a new research has answered this question.
Sign up for Wellness Consult a Doctor Sign up for Selfcare
Advertisement
Health Topics A - Z
A B C D E F G H I J K L M N O P Q R S T U V W X Y Z