Introversion is a term conceptualized by Carl Jung, a Swiss Psychiatrist and is understood as an individual's orientation towards a private world of their own, consisting of inner thoughts and feelings rather than towards the outer world of people and things.

Introversion is a broad personality trait which exists on a continuum with extroversion at the other end.

The term introversion originates from two latin words intro meaning inward and vertere meaning turning. Introverts are most comfortable interacting with small groups or one-on-one interactions. Research indicates that they prefer to spend time by themselves and need that time to recharge and reflect.

Introverts were initially thought to be what extroverts were not, but research by a famous psychologist Jonathan Cheek and his colleagues showed that the way in which introverts described themselves, were very different from the then used definition and understanding of introversion. This means that there was so much more to introversion than was then known.

Cheek and his colleagues argue that introversion is of various types  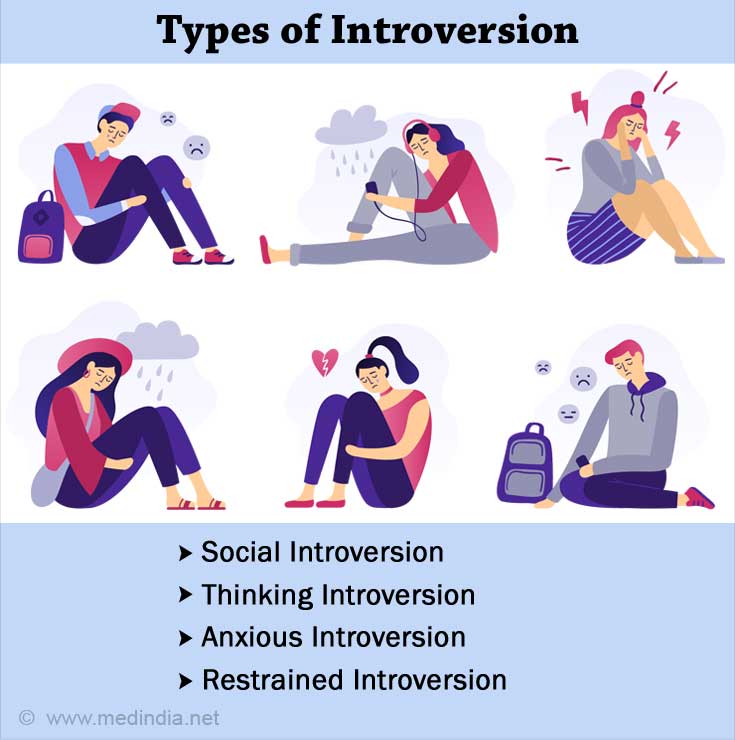 Introverts very often are a mix of all the four types and are often misunderstood as being shy. On the contrary, they can be extremely expressive, outgoing, vivacious, and can communicate well just like an extrovert would, but at the end of this all they need is time for themselves and in their own space they slowly reflect and perhaps recharge.

Signs of Introversion in Children

Introversion a personality trait, takes time to develop in a child and hence labelling a child as an introvert may not be appropriate. The child, at a very young age is likely to exhibit behavior that could lead to them becoming an introvert in future, but these behaviors cannot ascertain the trait of introversion in a child as he/she is too young to determine a or to be labelled.

Studies show that an individual's personality is fully developed only by the time they reach the age of thirty years. Beyond this age their personality is unlikely to change, but up until then, their traits may keep changing, and hence this makes it difficult to judge a child as introvert or extrovert..

Specific behavior patterns observed in children however could be signs of the possibility of them being introverts in the future, a few of these signs are - 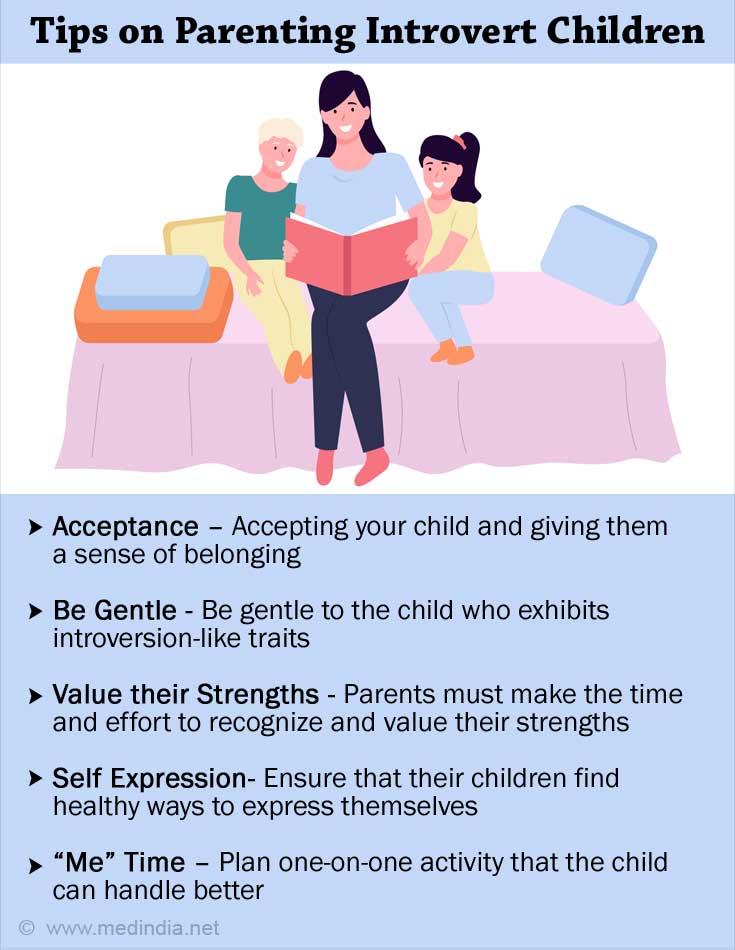 1. Acceptance - Being accepted and a sense of belonging is something that is ingrained among all of us and more so in children. The parents are the child's go-to people and their 'backup team'. Hence, accepting the child and giving them a sense of belonging will help them feel a part of the system, which otherwise may seem hostile and indifferent to them. Understand that introversion is just a different way of wiring and is like looking at an issue from a different perspective. There is nothing wrong with introversion, rather, in a world of extroversion, this only seems rare. Nurture the child polish them to bring their sparkle to light.

2. Be Gentle - One of the most important suggestions to parents is be gentle to the child who exhibits introversion-like traits. Being aggressive or too stern can lead the child getting into their own shell, which would eventually make it difficult to gain the childs trust. Especially during their teenage formative years - a time when they go through several physiological changes and a rather difficult phase, teenagers with introversion-like traits find it difficult to socialize as they need their own space. Also remember that this time in solitude may also lead to depression, anxiety, and low self-esteem and go easily unnoticed. So, it would be best to gently nudge the child and find out if all is well and get them to find some activities they enjoy rather than forcing anything on them.

3. Value their Strengths - Every child is unique and so are children who exhibit introvert traits. They are just born the way they are, and parents must take the time and make efforts to recognize and value their strengths, instead of considering these children as ones who lack extrovert traits. Teach the child to value and nurture themselves, let them know that the ability to listen, observe, focus, and connect with another at a deep level is priceless and that they should be proud of it.

4. Self Expression - Children who exhibit introvert traits need to express themselves, and parents must ensure that their children find healthy ways to do it, like creative writing, journaling, art, yoga and any similar activities they enjoy. Social media, which is generally thought of as harmful, can come in handy as children with traits of introversion can use this platform for some deep thinking, sharing and self-expression through blogs, vlogs, and others.

5. Me Time - Children and young adults who exhibit traits of introversion need a lot of privacy and time for themselves to be able to recharge themselves and may not be comfortable with constant interactions with others. The mistake parents make is to force the child to play with the sibling and the entire family and plan many group activities, as they believe in the whole family approach of doing things together, this can get extremely overwhelming for a child exhibiting introversion traits. Instead, plan one-on-one activity that you're the child can handle better.

Personality Disorder
Personality disorder is a type of mental illness that can strain relationships at work or home, but the cause of this is still unknown.