Are Food Additives Harmful to Health?

Busy lifestyle and rapid industrialization have boosted the food industry, widening the array of processed foods available in your supermarkets. Be it frozen potato wedges or cured meats, everything is loaded with dangerous food additives that create havoc on your health. Read on to discover more about how these deadly compounds can affect your health, and how you can make safe choices to lower your risk of heart problems, circulatory and nervous disorders and cancer. 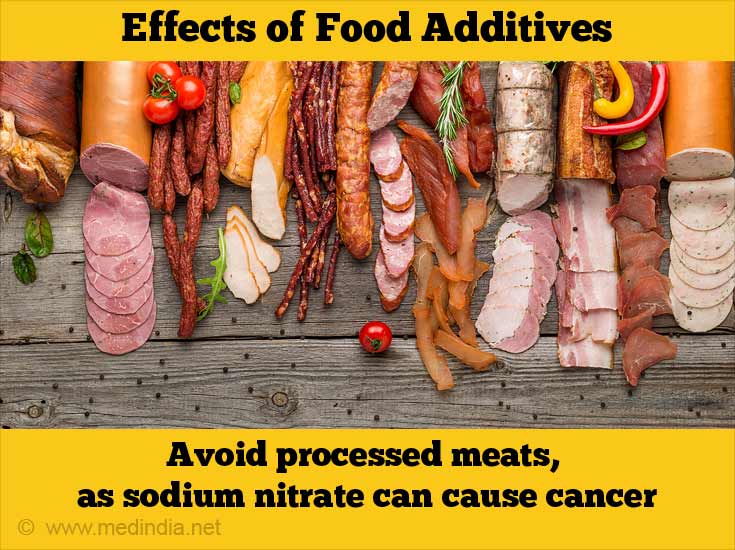 Sodium nitrate: Sodium nitrate tops the list of dangerous food additives. It is highly toxic and stimulates the formation of nitrosamines which are highly carcinogenic (cancer-causing) in nature. This deadly compound takes up a good portion of our processed meats, acting as a good preservative which prevents bacterial growth and fast decaying of meat. Skip the hot dogs and bologna and choose from organic chicken and lean meats.

Olestra: Olestra is the non-fat fat, found in your potato chips, which is actually nothing but a fake fat. However, it is known to bind to fat-soluble vitamins A, D, E and K, which protect the body from cancer and boost immunity. Binding of olestra to these vitamins in general makes you much more prone to cancer. Also, it has demonstrated digestive upset in 12 percent of the population. Replace your packet of potato chips for a fruit or a few wholegrain biscuits.

Propyl Gallate: Propyl Gallate is a component of meat product, vegetable oils, potato sticks, chewing gum and ready-to-make soup mixes, which prevents them from spoiling, basically acting as a preservative. Studies, however, show that regular consumption of these products may cause colon and stomach cancer.

Monosodium Glutamate (MSG): Commonly known as Chinese salt, this compound features near the top of the list of dangerous food additives. Why? Firstly, because MSG is now a part of almost everything you consume during the entire day. This amino acid is used to flavor salads, soups and other food preparations and was typically used in Chinese food preparations. However, its use has now spread to the Eastern and Western areas, and by now, almost every restaurant or fast food joints literally coat their foods with MSG. 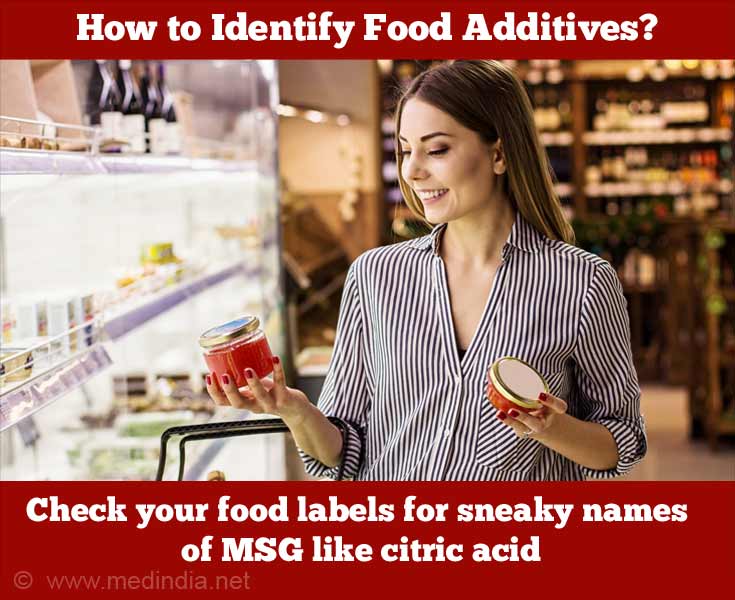 Studies conducted on a number of rats showed that almost all of the rats taken under study reported damaged hypothalamus (an important part of the brain concerned with regulatory activities of the body) and neurons of the inner retinal layer on just one dose of MSG. Also, MSG is used to lab-induce obesity among rats. What makes it far more dangerous is the fact that humans are 3-5 times more sensitive to MSG than rats. To stay away from MSG, look out for citric acid on the label of your packaged foods.

Aspartame: Responsible for causing brain tumor in rats, aspartame is an artificial sweetener that makes up for our sugar alternatives and low-cal diet foods. Overconsumption of these products is known to increase the susceptibility to lymphomas and leukemia. When it enters the body, aspartame converts to formaldehyde, and causes migraine, vision loss, seizures, multiple sclerosis and even Parkinsons disease. Short term side effects include headache and dizziness.

Food coloring: Food colorings like blue #1 is responsible for causing cancer whereas red #40 may lead to ADHD (attention deficit hyperactivity disorder) in children. Red#3 which is widely used in baking and giving artificial color to cherries induces thyroid tumors in rats. Stay away from foods and drinks that look unnaturally colorful and bright. 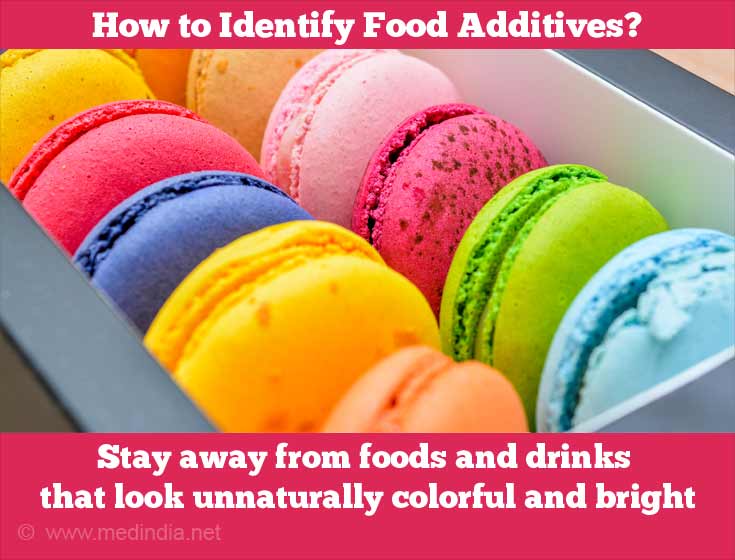 Butylated hydroxytoluene: Butylated hydroxytoluene is found in chewing gums, potato chips and other packaged foods as a preservative. In spite of being approved by the FDA, they are proven to be cancer-causing, making them among the top 12 dangerous food additives. One simple way to avoid it is to check the label. Many brands do not use this preservative, so you can switch to using those brands of packaged foods.

Acesulfame-K: A new sweetener which is now being used in various soft drinks and baked foods, Acesulfame-K, is actually 200 times sweeter than natural sugar, and is responsible for causing cancer among mice. Also, it affects the thyroid gland in other animals like rabbits and dogs. 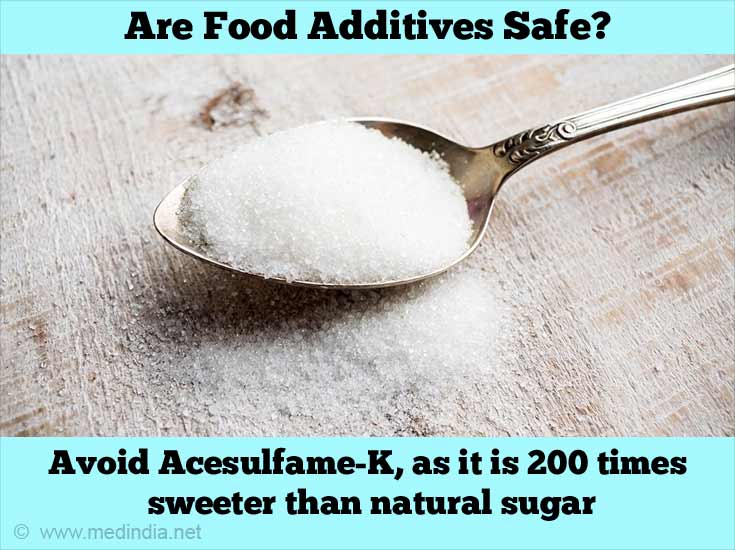 Chloropropanols: This family of drugs is common in Asian food sauces like black bean, soy, and oyster sauce. Two specific substances within this category are known to be cancer producing and are banned in many countries.

Stay alert for these additives displayed on food labels and avoid them to stay healthy. As far as possible avoid fast foods and processed foods and go for simple, home-cooked meals.

Processed Foods
Processed or convenience foods require less time and energy for food preparation. Most of the processed foods are healthy with nutritional values.
Quiz on Artificial Sweeteners
With better and safe non caloric sweeteners coming in the market day by day, it has now become possible for people to consume any sweet food /beverage without a compromise on ...

A-Z Drug Brands in India Blood Donation - Recipients Vent Forte (Theophylline) Calculate Ideal Weight for Infants The Essence of Yoga Drug Interaction Checker Nutam (400mg) (Piracetam) Drug Side Effects Calculator Pregnancy Confirmation Calculator Indian Medical Journals
This site uses cookies to deliver our services. By using our site, you acknowledge that you have read and understand our Cookie Policy, Privacy Policy, and our Terms of Use