Top 10 Benefits of Exercise During Pregnancy

About Pregnancy and Exercise

Pregnancy is a momentous life-changing occurrence that brings joy and wonder, not to mention emotional and physical changes along with ''morning sickness'' in the lives of women. The advance of science and technology has not just made our lives easier, but have made us averse to physical work too.

Prenatal exercise and exercise during pregnancy may seem like modern-age terms. However, traditionally women have always been encouraged to work and be physically active during pregnancy. In olden days, pregnant women worked around the house doing all their chores right through the 9 months of pregnancy, often experiencing labor on a visit to the field where she went to farm! As shocking as it may sound, too much rest is not good during pregnancy, unless explicitly asked for by your doctor. Plan an effective exercise routine for pregnancy in consultation with a doctor or a prenatal exercise specialist for a fun, healthy and complication free pregnancy and delivery.

A meta-study used data collected from the results of nine randomized controlled studies and it gives us a comprehensive list of the benefits of exercise during pregnancy. All these years, Western medical science has discouraged women from working out during pregnancy because of the risk of preterm birth. But now, researchers have turned this theory on its head. The thinking was that exercise releases norepinephrine in the body, which is a chemical that can stimulate contractions of the uterus, and thus lead to preterm birth, says senior author of the study Vincenzo Berghella, M.D., Director of Maternal Fetal Medicine and Professor at the Sidney Kimmel Medical College at Thomas Jefferson University. But numerous studies including a new meta-analysis, have since shown that exercise does not harm the baby, and can have benefits for the mom and baby.

If you have been lazy about physical exercise, hate working out, and have always preferred the couch to the walk or jog in the park, then there is no better time to get serious about your health and start exercising now. Yes! Even you are pregnant! The meta study drew the following conclusions that bolster the theory behind working out or simply working through your pregnancy -

1. No Increase in Preterm Birth Risk: Women who exercised during pregnancy did not have any significant increase in preterm birth rates, as compared to women who did not exercise during pregnancy. Preterm or premature birth is the birth of the baby at less than 37 weeks. This is a major clarification that has emerged. The belief that exercising during pregnancy can lead to preterm deliveries is effectively just a modern day myth.

2. Reduction in Cesarean (C-section) Deliveries: Physical exercise during pregnancy significantly reduced the risk of having a cesarean delivery. A C-section surgery takes a toll on the physical as well the financial well-being of the mother. A surgery requires a greater recovery time and more after care than a normal or a vaginal delivery. Exercising is not only safe, it could save you from going under the knife!

4. Less Weight Gain: Women who were exercising through the pregnancy had lesser weight gain during pregnancy as compared to women who chose to not sweat it out. Exercising builds muscles mass and reduces fat buildup, preventing undue weight gain that can be backbreaking to shed post pregnancy. Thus, getting back to their pre-pregnancy weight is easier for women who exercise while pregnant.

5. Low Instance of Gestational Diabetes: Women who exercised during pregnancy showed a significantly lower risk of getting diagnosed with gestational diabetes (2.9%) as compared to non-exercising women (5.6%). You dont want to end up with a new disorder during pregnancy that can be easily avoided by a 15 minute workout!

6. Reduced Chances of Hypertensive Disorders: Hypertensive disorders can lead to low weight babies and early delivery. Women who exercise during pregnancy have significantly lower chances of getting a hypertensive disorder (1.0%) as compared to non-exerciser expectant mothers (5.6%). Preeclampsiai.e. high blood pressure during pregnancy can lead to severe complications like convulsions, it might be a good idea to take a hike to the local grocery store each day while you are expecting.

7. Moderation Of Insulin In Late Pregnancy: Women who become pregnant at a later age are more prone to an increase in insulin resistance i.e. Type 2 diabetes. Regular weight-bearing exercises are known to moderate insulin resistance. Make it a point to workout consistently during pregnancy, especially if you are nearing or more than 30 years of age.

8. Healthier Babies: Expectant mothers who indulge in regular moderate-intensity exercises right from early pregnancy, have babies who are healthier than babies of non-exercising mothers. Babies born to exercising mothers have a faster mid-trimester growth rate, are heavier and longer in height than non-exercising mothers. Keep yourself motivated and workout regularly for a stronger child. Remember, a healthier baby does not imply an increase in maternal weight gain.

9. Reduction Of Stress And Anxiety: Pregnant women who go through a period of stress dont just increase their risks of preeclampsia, but may be affecting the fetus too. Regular physical activity helps reduce and manage stress levels. Make it a point to do your exercise routine rather than skip it, especially when you are stressed. You will feel better and your baby will thank you for it.

10. Healthier You / Healthier Mothers: Physical inactivity is one of the major causes of diseases worldwide. Pregnancy is particularly an important time in the lives of women when they cut back on physical exercise. Include a regime of regular exercise as a part of lifestyle choices during and beyond pregnancy for its innumerable and unfathomable benefits. Aerobic exercise of more than thirty-five minutes 3 - 4 times a week can be safely performed by normal weight pregnant women. 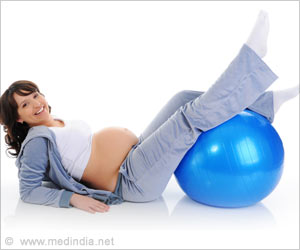 Quiz on Pregnancy Exercises
Exercises during pregnancy have a beneficial effect on the mother and the baby. Test your knowledge on pregnancy exercises by taking this ...
READ MORE 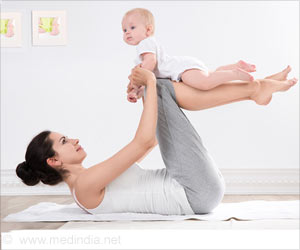 Top 5 Post-Pregnancy Workouts
Looking to reduce your baby fat? These simple post-pregnancy workouts can help you shed all those extra calories and bounce back to your pre-baby body.
READ MORE 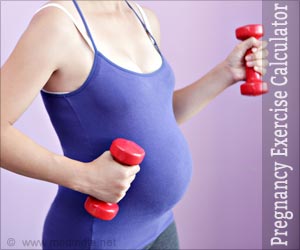 Exercises for Fitness in Pregnancy
Exercises during pregnancy ensure a safe delivery, a healthy baby and helps a woman maintain her fitness and well-being.
READ MORE