Cities with abnormal air pollution have always made the headlines. Burgeoning population, space crunch, multiplying petroleum driven vehicles, smoking, use of non-herbal paints, cleaners and penetration of plastic in our daily lives have made the situation unavoidable. Plants don many hats. They release oxygen and mop up the carbon dioxide. They emanate positive energies, and beautify the milieu.

However not many are aware that plants also purify the air naturally and filter toxins that are left suspended in the air due to chemicals, paints, and use of plastics. The National Aeronautics and Space Administration (NASA) Clean Air Study was conducted in association with the Associated Landscape Contractors of America (ALCA). The study showed that certain common indoor plants provide a natural way of removing toxic agents.

Peace lily or Spathiphyllum is the most common house plant. Peace Lilies have white flowers that bloom in early summer and then continue to bloom the rest of the year. Its soil needs to be kept moist without overwatering. Peace lilies enjoy medium to low light. According to NASAs study, this plant removes the maximum number of toxins. It is however toxic to dogs and cats.

Florist's chrysanthemum or Chrysanthemum morifolium is a perennial plant that belongs to the Asteraceae family. Their vibrant colors splash liveliness and joy wherever it is grown. The "Festival of Happiness" in Japan celebrates the flower. They are also called mums and they start to bloom in early autumn. According to NASAs study, this plant like Peace lily, removes the maximum number of toxins.

The garden is a love song, a duet between a human being and Mother Nature. ~Jeff Cox

English ivy or Hedera helix is an evergreen climbing plant that can climb up to 20 to 30 meter on trees, walls and cliffs. It avoids exposure to direct sunlight, and also provides dense shelter and cooling effect in buildings during the summer. It is grown as an ornamental plant. It is toxic to dogs and cats.

Variegated snake plant or Sansevieria trifasciata of 'Laurentii', is also called mother-in-law's tongue. It is a hardy indoor plant. It grows straight and in a serpentine manner. It has yellow or silvery-white stripes on the leaf margins. It can tolerate low lights and irregular watering but not overwatering. It is toxic to dogs and cats.

Nothing is more completely the child of Art than a Garden. ~Walter Scott

Devil's ivy or Epipremnum aureum is also called "Money Plant" or "Golden Pothos". This popular house plant is easy to grow, and its long, trailing stems can grow on. This plant does not die out quickly. The stems themselves become the roots in the soil. It is toxic to cats, dogs and horses. Its beauty lies in the leaves with botched yellow and green combination.

Flamingo lily or Anthurium andraeanum is a flowering plant species belonging to the Araceae family. This beautiful plant can change the aesthetics of the room. It can be kept on the study table. It has beautiful wax like shiny, heart shaped flower bracts. It is toxic to cats and dogs.

This genus has more than 120 species of trees and shrubs under its belt. Some of its species were studied by NASA for its air purifying effects. It can tolerate sparse watering. They have long, wide leaves and commonly found in office and homes.

Palm trees belong to the family of Arecaceae. It is extensively cultivated. Every organization, home, school with a little open space will have palms included in their landscaping. There are around 2600 species known so far. Palms not only provide shade and aesthetic beauty, their foliage also help purify the air. The NASA study included Dwarf date palm or Phoenix roebelenii; Areca palm or Dypsis lutescens; Bamboo palm or Chamaedorea seifrizii and Broadleaf lady palm or Rhapis excels. Palms are generally non-toxic to pets.

Boston fern or Nephrolepis exaltata 'Bostoniensis' is also called fishbone fern and tuber ladder fern. Ferns are generally 50 to 250 cm long and 6 to15 cm broad. The edges appear serrated. It is a hardy popular house plant, often found growing in hanging baskets. It is non-toxic to pets.

Aloe Vera has found its way into the homes owing to its medicinal uses. It does not have stems or it has very short-stems. The leaves are thick and fleshy. It is grown as an ornamental plant. It cannot tolerate frost or snow. It can resist many insects and pests, however they are susceptible to mealy bugs, spider mites, and aphids. It is toxic to pets.

One is nearer God's heart in a garden Than anywhere else on earth. ~Dorothy Frances Gurney, "Garden Thoughts"

There are many other plants that help remove toxics. For example Heartleaf Philodendron, Selloum Philodendron, Elephant Ear Philodendron and Rubber plant are effective against formaldehyde. Most of these plants are grown in homes and offices and are easily available on physical as well as online shelves. Plants help to reduce instances of asthma and breathing problems. 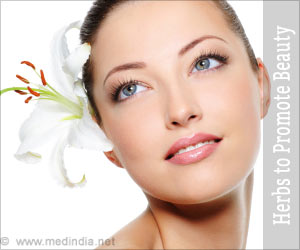 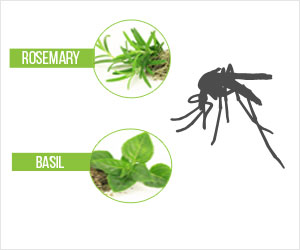 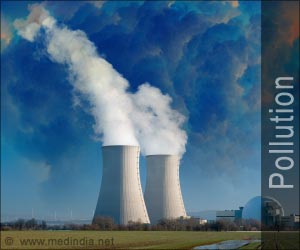