Consuming sprouts is like eating live vegetable food. Think for yourself, how nutrient-dense a growing food could be

It is said that sprouts represent the miracle of birth. They are in the true sense, super foods. They are alkaline, whole, pure, and natural foods. It is inexcusable that though aware of their miraculous effects, we do not take full advantage of them. We scour departmental and organic stores, looking for health foods and recipes, but forget to eat ordinary sprouts on daily basis  considering them a poor cousin of high-fashion health foods.

Sprouts are the cheapest and most convenient source of complete nourishment. They are food for long-term health and wellness. If consumed judiciously and chosen over other foods, they can prevent diseases and lifestyle-related ailments. Sprouting a seed enables it to produce an enormously enhanced bundle of nutrients.

A sprout is at the transitional stage between seed and plant. It is, to put it simply, a baby plant. These are essentially pre-digested foods as the seeds own enzymes do most of the work. The nutritional changes that occur during sprouting primarily happen because complex compounds get broken down into simpler forms. This, added to development of some essential nutrients, constituents, and breakdown of anti-nutrients, makes the whole phenomenon of sprouting possible. Metabolic activity in dormant seeds is initiated as soon as they are hydrated during soaking.

Sprouted seeds acquire natural increased digestibility and nutrients as compared to unsprouted seeds. They provide us with all the essential minerals and vitamins, and must ideally form a part of our daily diets.

On sprouting, grains, legumes, and seeds turn into super foods. They then become an extremely sound source of protein, fiber, and vitamin B.

All edible grains, legumes, and seeds can be sprouted. The following are generally used for sprouting:

Firstly, one has to ensure that the seeds, legumes or grains will easily sprout. (For instance, soyabeans are said to become sour and do not sprout too well; and wheat has to be grown in soil). The seeds should be thoroughly washed and then soaked in fresh water overnight. The time span of soaking is mostly 12 hours, though it depends on the size of the seeds. Next morning the seeds should be rinsed and the water drained off. Soaking turns the seed soft and laden with water. They eventually germinate and become sprouts in two to three days time, depending upon the temperature and humidity. One should not soak the seeds for a longer period than required, as the seeds may rot and ferment. After they sprout, they should be stored in a refrigerator.

The ISS (International Speciality Supply, USA) is a company that supplies sprouts to many countries. It describes in detail, the nutrient changes which occur during the process of sprouting. On sprouting, there is a tremendous increase in nutrients as compared to the dried embryo. The vitamins, minerals and protein content substantially increase with a simultaneous decrease in caloric and carbohydrate content. Pulses and seeds show a very low water content. This, however, tends to increase tenfold when converted into sprouts. The ISS elaborates that sprouted green gram (mung beans) have an 8.3 percent increase of water content over dried beans. Hence the nutritional value of sprouted and dried mung beans can be compared by multiplying the analyzed nutrients of sprouted mung beans by the factor of 8.3. Based on this criterion, the changes found in sprouted mung beans when compared with the figures for the beans in the dried state are as follows:

The increase in protein availability is of great significance. It is a valuable indicator of the enhanced nutritional value of a food when sprouted. The amazing fact is that sprouts are a food -- very easily available to all sections of society, and yet the biggest storehouse of all nutrients. The reduction in carbohydrate content indicates molecules being broken down during sprouting to allow absorption of atmospheric nitrogen and re-formation of amino-acids. The resultant protein is the most easily digestible of all proteins available in foods.

Grains, legumes are nowhere even near to be considered a source of vitamin C. However, when sprouted, they reveal significant quantities of this vitamin. The infinite increase in Vitamin C or ascorbic acid derives from their absorption of atmospheric elements during growth.

Sprouts supply food in a pre-digested form -- food, which has already been acted upon by enzymes and simplified. During sprouting, much of the starch is broken down into simple sugars such as glucose and sucrose by the action of the enzyme amylase. Proteins are converted into amino acids and amides. Fats and oils are converted into simpler fatty acids by the action of the enzyme lipase. Also, during sprouting there is s reduction in the gas producing quality of beans. Mainly oligosaccharides have been held responsible for gas formation. As the process of germination ends and sprouting begins, the content of oligosaccharides is reduced by 90 percent. The content of fiber and water increases tremendously, which is a boon for a healthy digestive system.

Sprouts are a good source of chlorophyll, said to have anti-bacterial and anti-inflammatory properties. They are highly beneficial foods for losing weight too. They keep one full for a long time and also prevent over-eating as one feels satisfied on consuming just a handful.

Sprouts are an extremely inexpensive method of obtaining a concentration of protein, vitamins, minerals and enzymes. Eating sprouts is the safest and best way of getting the advantage of complete nutrition.

Sprouts could be eaten in various ways, other than just the standard salads that we generally know of. They could be used in the following ways:

Nice post... Sprouts are actually very good for health and are powerhouse of nutrients.

Can I eat Cantaloupe sprouts? Is there any harmful chemicals in them. I have eaten a few each day for the past 3 days without effect, but I am not sure if they are safe - they do taste good though.

can i buy the green gram sprout at holland barret? 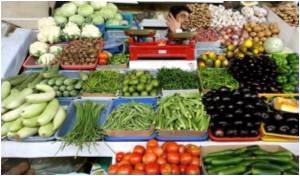 Top Foods That Keeps You Healthy and Fit Revealed
Trying to incorporate more nutritious foods into your diet? An article in the January issue of a magazine has listed 14 foods that deliver research-documented benefits to health.
READ MORE

How To Grow With Age And Not Age
It is a well-known fact that we grow old with age, but this does not mean we have to age in the mind and body. Surely we can grow with age but need not necessarily age. Yes you are perfectly right we ......
READ MORE

Health Benefits of Alfalfa Sprouts
Start reaping the benefits of the amazingly nutritious alfalfa sprouts by incorporating them in your daily diet.
READ MORE