In todays tech-dependent world of smartphones and laptops, it is not surprising that most kids are more comfortable using a keyboard than a pen. Many states in the US have dropped cursive writing from their curriculum as students use laptops to type and organize their notes. In many ways, it is easier to use a laptop to take down notes in class as this method allows for quick note-taking and students can easily share notes or look up information if required. 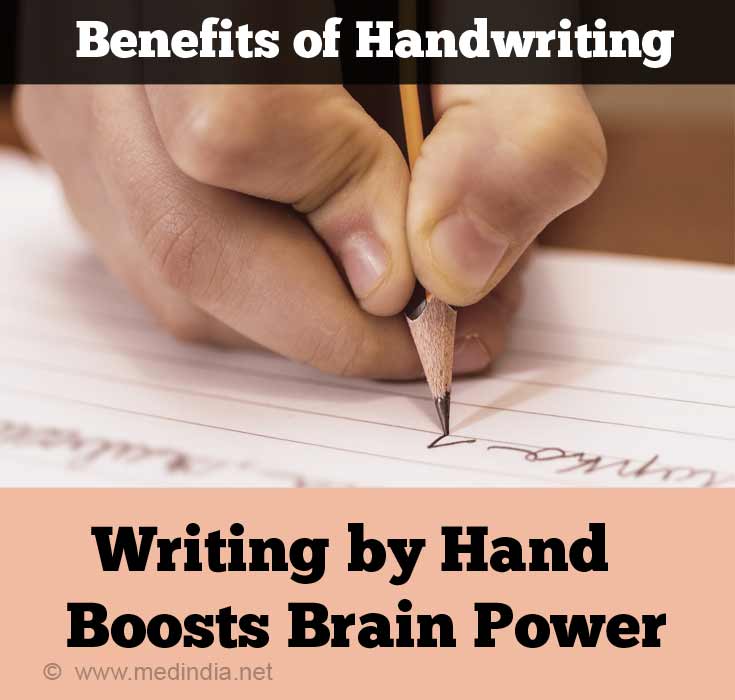 Writing by hand is an essential tool in the development of cognitive skills in children. Several studies show that children who learn to write letters and shapes by hand fare better than those who use mechanized methods. Unlike typing, writing by hand requires a combination of visual, motor and cognitive skills which is an integral part of the learning process, despite the age of the student. Writing practice not only allows a child to learn the required shapes or letters but it can also help improve expression and idea composition. This benefit is not limited to children and even as an adult, you can improve your writing skills to enhance your cognitive skills.

When writing by hand, a certain part of the brain called the reticular activating system (RAS) is stimulated. This system acts as a filter for all the sensory information you receive from your environment and decides which bits of information are important and which ones can be ignored. Since writing by hand helps to stimulate this area of the brain, it helps the individual focus on the task at hand with minimal scope for distraction.

In a series of experiments conducted by psychological scientists of University of California, Los Angeles (UCLA), students were divided into two groups where one group used laptops to take notes while the others used traditional notebooks. The experiments proved that the students who took notes using laptops were more likely to take verbatim notes with little or no mental processing of the information. Students who used notebooks memorized the information better and were able to understand and retain the knowledge better. The results of the experiment showed that handwriting information leads to better factual learning as well as conceptual learning and is a superior method of memorizing information. Handwriting information helps to improve memory in both young students as well as aging individuals which is why seniors are often advised to keep a journal or a diary in order to sharpen their mental acumen as well as improve their memory. 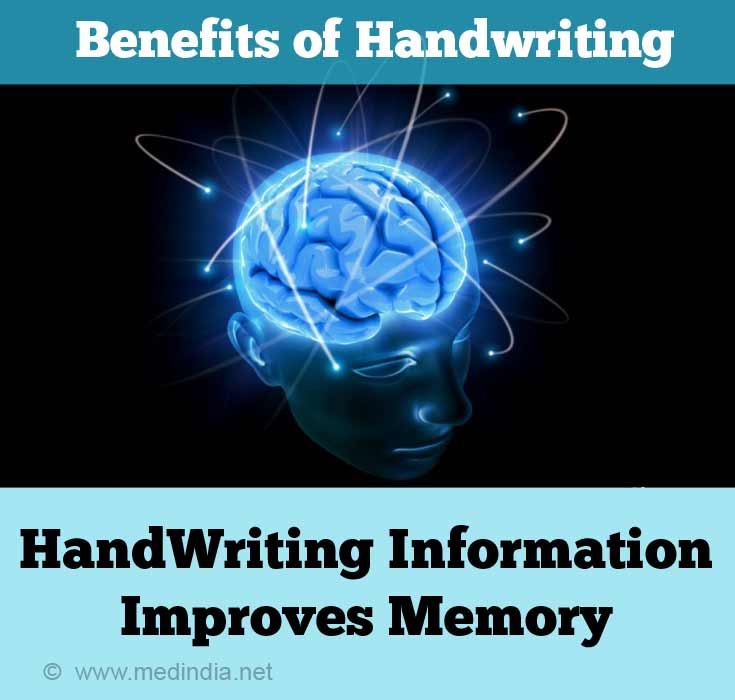 As we age, we start to notice diminished physical and mental capabilities. This is a natural part of the aging process and while it cannot be completely reversed, there are ways to slow down the effects. Researchers at the University of Edinburgh studied the effects of intellectual stimulation on memory and comprehension. It was found that older people who undertook regular intellectually stimulating tasks had better reasoning, judgment and cognitive abilities. Learning to write in cursive and practicing it regularly is considered to be a good mental exercise for seniors as it helps to keep the mind sharp and increases focus and attention.

Creativity requires analysis, comprehension, memorizing and insight. Writing by hand is not merely a style; it also promotes a deeper understanding of the subject matter along with an organized approach to communication. In recent years, cognitive science research and neuroscience have presented evidence that shows a definite connection between creativity and the process of writing by hand. Psychologists at the University of Washington tested students in order to observe and understand the differences between the effects of handwriting and using a keyboard. The researchers noted that the children who used notebooks to compose text consistently produced more words within a shorter period than the children who used keyboards. In older children, brain imaging tests showed that the connection between handwriting and idea generation was much stronger than researchers had realized as writing activates a unique neural circuit. During the analysis of handwriting, it was observed that children with better handwriting had better neural activation in the areas of the brain that are associated with creativity.

Sequencing and estimation are fundamental abilities without which we would have trouble with even the simplest of tasks. For instance, an individual with sequencing problems would not be able to follow the logical sequence of a story  starting with the beginning and ending at the conclusion but instead, the person would present the story as a jumble of sentences which would make the story unintelligible. Since each written letter of the alphabet needs to be executed in a specific sequence, handwriting helps to develop and sustain this skill. It also helps with spatial skills as it requires consistent letter sizing as well as spacing before and after words.

Each letter of a word and each word of a sentence requires skill and a certain amount of coordination, especially with cursive writing. The number of complex motor and visual functions required for handwriting is quite surprising and many people find that it is a calming and even cathartic activity. Some people even choose creative calligraphy as a means of self-expression. 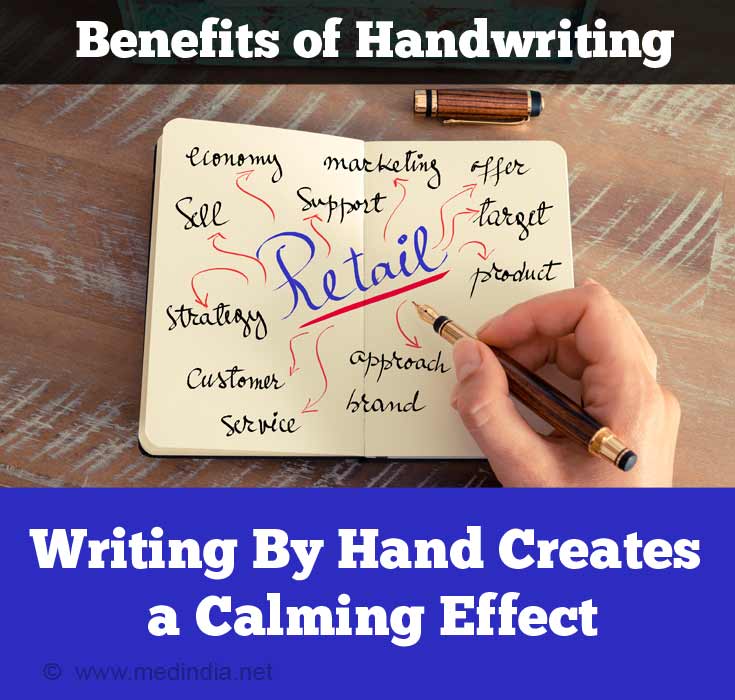 Understanding 'Memory'
Yoga is an ancient Hindu discipline. The goal of Yoga is union with the higher consciousness

Meditation: Just For The Mind?
We meditate to calm the mind and perceive inner self through spirituality. On the other hand, we also meditate to relieve stress and ease other lifestyle disorders.

Brain Exercises to Improve Memory
An active brain can certainly help in improving memory by strengthening the connections between neural impulses in brain.

Ten Super Foods to Boost your Brain Power
Enhance your brain health by adding super foods to your daily diet. Here are 10 of them.

Truths about being Left-Handed
In the past, left-handers were considered to be sinister, and hence, shunned by the society. But here are some facts about left-handed people that will surprise you.
Sign up for Wellness Consult a Doctor Sign up for Selfcare
Advertisement
Health Topics A - Z
A B C D E F G H I J K L M N O P Q R S T U V W X Y Z