What are Psychological Defence Mechanisms?

A defence mechanism is an innate response that the mind unconsciously uses to cope with a situation that causes anxiety or distress. The mind manipulates, denies or distorts the reality of the situation that may be perceived as potentially harmful or painful to the individual. The mind tricks the person into believing or acting in a certain way that he or she can avoid or put off the situation.

The concept of defence mechanisms is better understood with the explanation of Freudian theory that describes the psyche of an individual. Sigmund Freud presented a model of the working of the mind which describes the interplay of the id, ego and the super ego to determine the personality and behaviour of an individual. 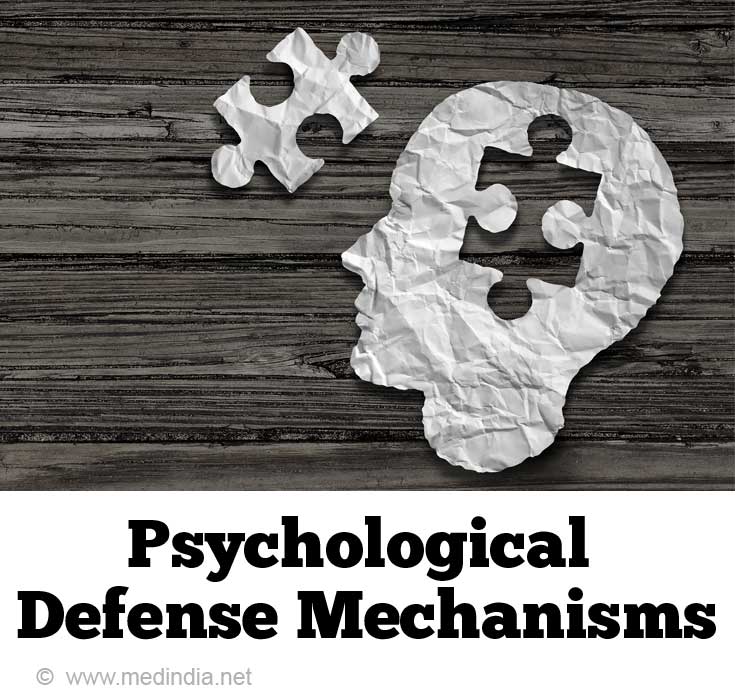 Id is the unconscious reservoir of pleasure gratification. The selfish and pleasure-oriented part of the personality is described as id. Id strives for immediate gratification, without any inhibitions. Uncontrolled id impulses are considered to be inappropriate in the civilized society.

The super ego is ruled by the concept of good or bad or right or wrong, and follows the rules and standards set by the society and family. Most of these rules are followed consciously while some are followed unconsciously or habitually.

Ego maintains the delicate balance between the pleasures sought by id and the moral values of super ego. Ego has a tendency to compromise between id and super ego.

A Freudian defence mechanism is explained in terms of the strategy used by the ego to cope with a situation that can cause anxiety. Sigmund Freud originally conceived the idea and the concept was later much more researched by Anna Freud.

Anxiety is a condition of bodily and mental tension felt in response to an anticipated danger. The term danger in a situation can range from those that cause feelings of guilt, shame and embarrassment to those that can be life-threatening. A defence mechanism is the egos way of presenting the id impulses in a more polished or civilized way. This is done by unconscious blockage of the id impulses.

Why do we need Ego Defences?

Some of the unpleasant memories of actions and thoughts are pushed into the unconscious. However, they do not disappear and keep resurfacing as actions and behaviour. This everlasting battle between the id and the super ego is managed by the ego to act or think in a certain way. These actions are called defence mechanisms.

Defence mechanisms aim to protect us from feeling guilty, anxious or stressed in a threatening situation. Ego defence mechanisms are common and can explain most of the behaviour patterns in any individual. However, when the id or super ego impulses become unmanageable by the ego, they manifest as neurosis and psychosis.

The list of defence mechanisms is very large and it is not possible to list all the ways in which the mind plays tricks with the body. Various classifications have been developed based on the understanding of the behaviours and the causal factors of those behaviours.

In 1936, Anna Freud listed some of the defence mechanisms, which are as follows: 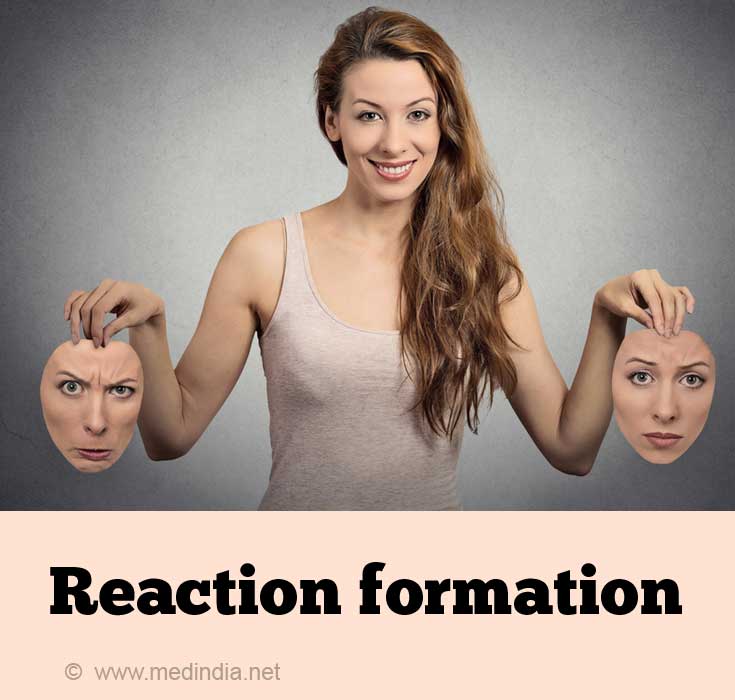 These types of defence mechanisms include genetic, biological, psychological and social manifestations. The person distorts and manipulates external experiences to cope with the difficult situation. Such a person may exhibit psychotic symptoms in extreme cases. 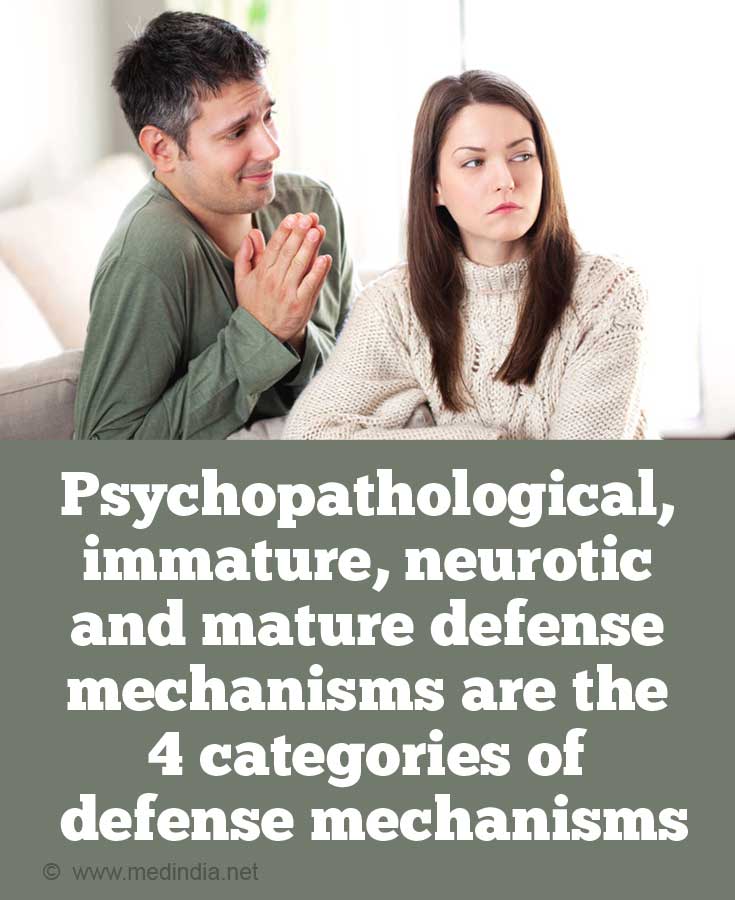 Neurotic defences are usually used for short-term advantages in coping and more common in adults. However, long time use of the defences may cause problems in work, relationships and enjoying life as a whole.

Mature defence mechanisms are general virtues that are expected out of an adult who is considered to be mature, cultured and civilized. Emotionally mature adults have a more civilized way of coping with their unwanted thoughts. These defences are found in emotionally healthy adults and have been adapted to be successful in human society and relationships. These individuals are virtuous, mature and confident and handle any kind of situation or persons.

Mature defence mechanisms involve the super ego taking over the ego, without feeling guilty of the id impulses. They are practiced with deliberation so as to lead a peaceful and content life.

How Does The Body React To Stress
Physical symptoms of stress on the body are varied, ranging from hormonal changes to changes in the nervous system, manifesting as the flight-fight-freeze response.

Stress Busters
Today most of us are under stressful situations which is hard to avoid.Explore our simple and inexpensive stress relief tips.

Interesting Facts on Stress
Response given by the body to any kind of demand is called stress. Both good and bad experiences can cause stress. Knowing how to manage stress is important for physical and mental well-being.

Quiz on Anxiety Disorder
Intense fear, persistent worry, bad dreams, feelings that you may be going crazy ï¿½ sounds familiar? Take this quiz and find out more on symptoms and treatment of anxiety ...

Anxiety - Symptom Evaluation
Anxiety is a state of mind where a person experiences fear, uneasiness, tension, irritability or apprehension in response to an unfamiliar stressful situation or object.