Openness is particularly distributed with a small number of individuals scoring extremely high or low on the trait, and most people do tend to score moderately on this trait.

Do note people who do score low on openness are considered to be closed to experience.

Openness always has modest relationships considering the subjective well-being. In fact, openness appears to be largely unrelated to symptoms of mental disorders.

How one reacts to Openness of an Experience indicates one of the domains that signifies the Human Personality in the Five Factor Model. The Big Five Model, also known as the Five-Factor Model, is evidently the accepted personality theory which is strongly held by psychologists today. According to the theory personality can be categorically divided into five core factors depending on how one reacts to openness of experience:

Traits of a Person with Openness to Experience

A person with a high level of openness to experience enjoys going beyond his or her comfort zone. They do seek out new, unconventional and unfamiliar experiences, travel to new destinations, do embrace different cultures and practices.

To look at a contrast, people with low openness to experience will seek refuge and recede in more familiar surroundings. Such people are more likely to pass on the opportunities towards trying new experiences, such as travelling to new destinations or even making a drastic career change.

Instead, they attain comfort from the predictability of the environment that they are accustomed to. Sticking to set routines and schedules, they prefer the tried-and-tested familiarity of traditions. They may be seen to be closed to experience as well.

What Does Openness to Experience Mean?

Openness does engage in breaking the boundaries and going beyond the set of limits, enhancing curiosity and finally getting into the depths by exploring. It is concerned with a persons willingness towards exploring new things.

The receptiveness towards new ideas and experiences are showcased. It shows how open-minded one is and how prepared one is to accept a wave of change or a new thing in your life

Openness to Experience has six dimensions used to measure the extent of this trait. These dimensions also happen to be the sub-traits of openness to experience.

Let us look at each of these traits as below:

Imagination: Thinking out of the box

One's imagination can take a person to places and also motivate them to visit these places in real life. Imagination can also be about thinking out of the box.

People who are open to exploring more, have a great imagination and use their fantasies to make themselves far more vibrant. Such people tend to be highly creative.

People who are low on imagination tend to prefer facts more than fantasy. Such people like to work on the practical theories than on any abstract ideas. 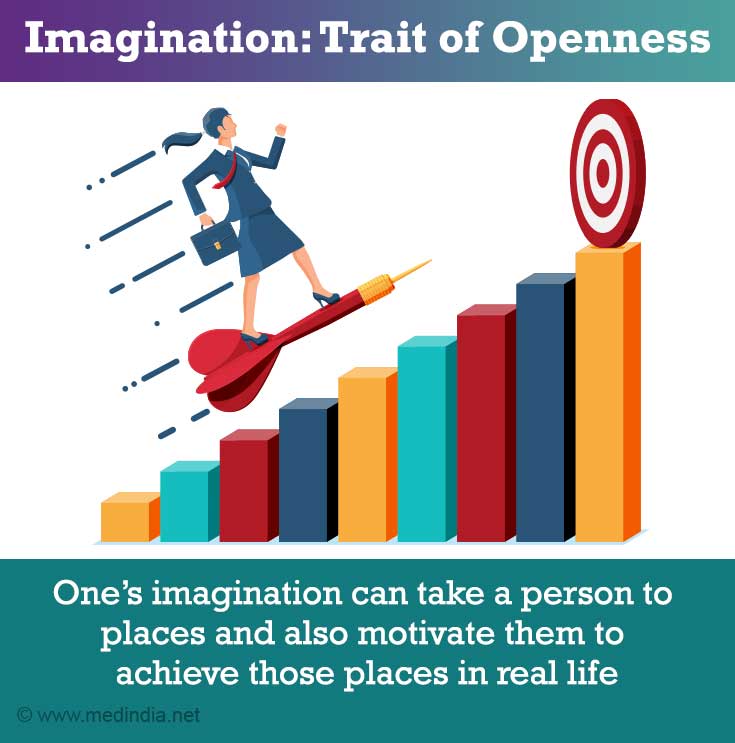 Emotionality: is about controlling your emotions

Emotionality is a personality sub-trait that cannot be inherited. It requires constant meditation and practice to gain that sense of emotionality and once achieved it can help to uplift the individual to another dimension.

The emotional balance includes both the behavioural as well psychological aspects. The thoughts and feelings and others actions have an intense effect on ones emotionality.

People with high emotionality do have complete awareness about their feelings and thought process, which goes to help them in maintaining an emotional balance.

The positively removes the negativity and keeps them calm. Having high emotionality helps one to stay composed and resilient in stressful situations.

Does one focus on art more than money? Is one a born artist? A persons ability to remain unique and creative is reflected by their intrinsic artistic interest. Such people strive towards being innovative and creative. People with artistic interest like detailing and perfection in everything that they do.

People who have an artistic interest have a deeper sense of openness as well.

People with limited artistic interest are less aesthetic, having more interest in things that are simple and calculative and not creative.

Adventurousness: To be Ready to Take Risks

This trait is most important in order to measure openness to experience. Adventurousness is the quality of being ready to accept the new and even dangerous experiences. Adventurous people have a versatile approach towards life and are ready to go for exhilarating and thrilling experiences.

Adventurous people lack the biggest restriction which is fear. Their opposites tend to be in engaged with routine life, they are highly content with Normalcy. Doing something risky or dangerous does seem unlikely to them. Overall the difference is between living a comfortable life versus a curious one.

The Adventurous lot may even sometimes indulge in risky sports or behaviour like say bungy jumping or picking a one night stand with a stranger.

Intellect: Having an Intellectual Ability

Intellect signifies being philosophical and intelligent. It also showcases having a great sense of understanding unique concepts. Such a person enjoys solving riddles, puzzler and brain teasers.

It showcases a persons reasoning and understanding capabilities mostly towards abstract matters. A person may get involved with involves intellectual content.

Their opposites may reflect on simpler things and not make it complex. They would rather happen to deal with people than with ideas or an abstract concept. 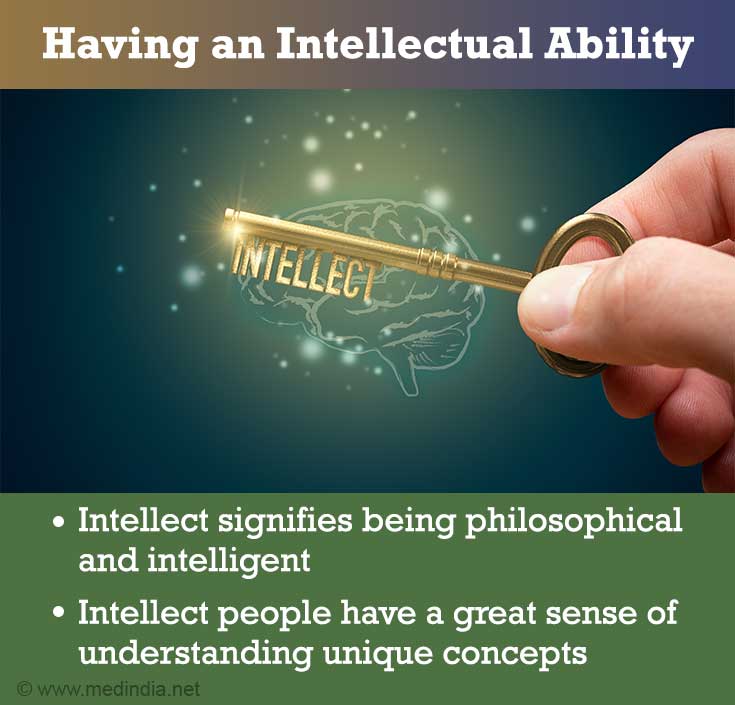 It is all about giving power to morality above rules. It also dispersing the power and nurturing uniqueness plus diversity. People who are liberals do tend to think that they are above rules and regulations, they are the people of their own will. Such people always put their thoughts into words and do express their opinion.

Others do tend to be a bit reserved and even conservative in their practices. Such people often do not demand control.

Openness is beneficial in peoples relationships. As openness involves a willingness to consider that one might be wrong along with being open to other opinions and even tolerating the differences in opinion in a discussion rather than being dogmatic.

People do tend to gravitate and get attracted towards friendships and romantic relationships with people who have somewhat the same level of openness or wavelength as they do.

More open people do tend to tolerate differences of opinion better than those who are less open. Open people do have fewer conflicts with other people.

People that are high in openness are less likely to be prejudiced as they are more open towards different cultures, belief systems and even ideas. They get along with people and people tend to like them more as well.

For people who have children, openness reflects in their parenting styles. Parents low in openness do emphasize on the unquestioning obedience plus deference towards the parents authority. They expect their children to follow the rules and they do not tolerate the childs objections.

Parents higher in openness are willing to listen the childs perspective. Open parents actively encourage their children to express their opinions. Interestingly, open parents are less likely to state that their childrens misbehaviour is a major source of stress in daily life.

What is not clear is whether open parents have more well-behaved kids.

People that are high in openness enjoy sensory experiences such as art, music, and beautiful scenery more than people that are low in openness. They stay feeling more emotionally moved by such experiences. For instance, they may say that they get chills or goose bumps more often when they see beautiful things or listen to soul elevating music. They often relate to aesthetic sensitivity.

Do note that the Big Five will remain relatively stable throughout most of ones lifetime.

They are also influenced both by the genes they inherit and the environment.

Open people hold their beliefs less strongly, and they are open to new ideas and thinking about the world in new ways. They do enjoy trying new things and show an openness towards novel experiences. They are quite adjustable in their behaviour.

Open people are willing to try out new ideas, experiences, and experiment with several ways of doing things. People that are high in openness do live somewhat less traditional and conventional lives. They never do feel a strong need to conform to social expectations.

Personality Disorder
Personality disorder is a type of mental illness that can strain relationships at work or home, but the cause of this is still unknown.

Personality Traits Associated With Area and Thickness of the Brain
The thickness, area and folding of the brain cortex are associated with distinct personality traits which can be used to identify risk of mental illness.