There are proven health benefits of omega-3 fatty acids in terms of LDL reduction and anti inflammation.

Omega-3 fatty acids are the major building block of body cells, even a small deficiency of omega-3 in our diet is implicated in illnesses and medical conditions.

The main source of omega-3 in our diets is fatty fish. In order to get enough omega-3, a person would have to eat it at least three times a week. However, not everyone eats fish because of personal choice or religious beliefs. Then again, eating too much fatty fish could be dangerous because the fish maybe exposed to unsafe levels of mercury and it could poison us. So, it becomes essential to supplement diet with fish oil, which contains omega-3 in high amounts.

There also exists a recently studied component with mammoth health benefits which when combined with omega-3 can work wonders for health. Its called (CoQ10). It is a cofactor for at least three very important enzymes used within the mitochondria of the cell. As a strong antioxidant, CoQ10 is extremely important in helping neutralize free radicals; however, its most important function in this situation is to help create energy. CoQ10 is said to offer long term protection form cardiac disease, cancer, diabetes etc.

Deficient levels have been clearly established in the blood levels of patients with congestive heart failure and cardiomyopathy.

By using the reduced form of (Ubiquinol) the blood levels of CoQ10 stay higher for longer. And thats what really counts. CoQ10 is the best antioxidant for the heart.

Dietary Supplements - Dieticians Recommend and Use It Too: Survey
Health professionals recommend dietary supplements to patients but do they take it themselves? If so, which ones?
READ MORE

Free Radicals & Antioxidants - Current status
Free radical oxidative stress has a probable role in the pathogensis of variety of human disease which has led to the use of agents that can supplement the natural antioxidant defenses.
READ MORE

Undetected Nutrient Deficiencies: The Cause of ill Health
Micronutrient and antioxidant deficiencies are most common and go unnoticed. They are the root cause of most lifestyle related diseases.
READ MORE 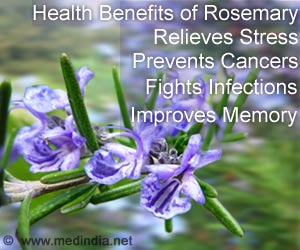