When babies are born, their brains are ready to learn. Even newborns can understand some things about objects and their relationship to each other. They get to touch, taste, see, hear, and smell all they can. This helps them to learn about the world around them. Children will sit on objects or throw them just to see what will happen. As they grow older, they may mix yellow and blue paint to learn that it makes green. Exploring and trying things out is how children learn. Thats how they develop cognitive skills.

Human brain growth is very rapid during 20 to 36 weeks of age and continues until 20 months of age. At birth, the brain has all the neurons it will need for life. An infants brain is 25 percent of its adult weight at birth, of course, assuming that the fetus was carried to term. By the age of 2 years, the brain will be 75 percent of its adult weight (90 percent by age 6 years). Between birth and age 2 years, children will go through several stages of cognitive development, including sensory development and language development.

Children develop a natural preference for the foods they enjoy the most, so the challenge is to make healthy choices appealing. Of course, no matter how good your intentions are, its always going to be difficult to convince your eight-year-old that an apple is as sweet a treat like a cookie. However, you can ensure that your childs diet is as nutritious and wholesome as possible, even while allowing for some of their favorite treats. 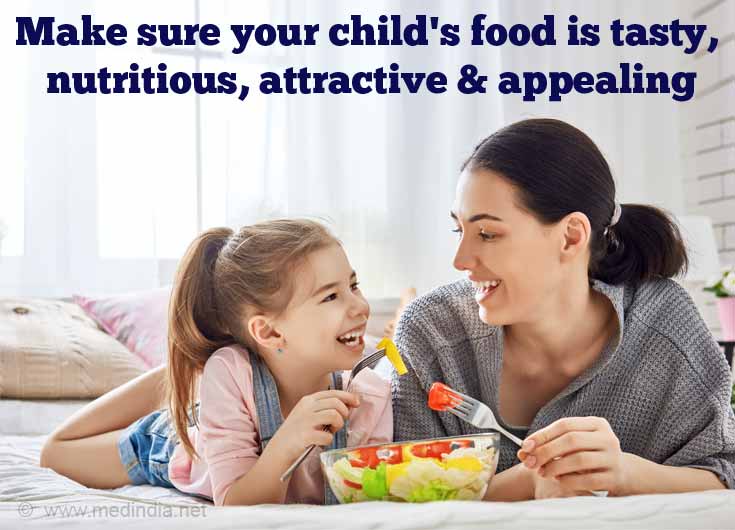 The role of nutrition in cognitive development in children is important with a particular emphasis on the relatively neglected post-infancy period. Under-nutrition and deficiencies of iodine, iron, and folate are all important during the development of the brain and the developing cognitive functions, and there is some evidence to suggest that zinc, vitamin B12, and omega-3 polyunsaturated fatty acids may also be important.

According to a study published in the Journal of Developmental and Behavioral Pediatrics, composite measures of development such as the Bayley Scale, the Gesell Schedules, or the Griffith Scale have been the most popular tools in the assessment of mental development in studies of malnutrition and behavior. The use of these scales in field studies in developing countries is made difficult by problems of normative and construct's validity (measurement errors) because they were conceived and standardized in highly industrialized countries. To a large extent, these validity problems are similar to those found in cross-cultural investigations of cognition in children.

Nutrients are critical for optimal brain development and function. Although, intake of all nutrients throughout life is important, certain nutrients have a more profound effect on cognitive development than others.

Iron and Cognitive Development: Anemia in toddlers is associated with psychomotor delay, delayed mental development where association with objects becomes less. A study revealed that children who received iron as nutrient had an increased rate of weight gain and achieved the expected rate of cognitive development.

Four studies examined the impacts of iron supplementation on school children at various ages and both sexes. The first study investigated an impact of iron-folic acid supplements for 60 days on cognition in 94 boys and girls aged 5 to 8 years. Improvement in total scores of the children with anemia was significantly higher than those without anemia in 7 to 8 years-old children. The second study assessed the impacts of supplementation on cognition in 14 pairs of 5 to 6 years-old anemic boys, with clear beneficial effects on cognitive function. The third study investigated effect of varying dosages of elemental iron on cognitive function in 48 boys aged 8-15 y, with different levels of improvement. The fourth study investigated impact of iron supplementation on 163 anemic girls aged 8-15 years with treatment and evaluations at 4 and 8 months, with significantly improved scores in cognitive function after the eighth month.

Iodine and Cognitive Development: Iodine deficiency has an impact on thyroid function in pregnant women and neonates. It also affects neuro-intellectual development of infants and children. The damage increases with the degree of the deficiency. Maternal hypothyroxinaemia during early pregnancy is a key factor for the development of neurological damage. Selenium deficiency combined with iodine deficiency partly prevents the neurological damage but precipitates severe hypothyroidism in cretinism.

Vitamin B12 and Cognitive Development: Severe vitamin B12 deficiency produces a cluster of neurological symptoms in infants, including irritability, failure to thrive, apathy, anorexia and developmental regression which respond remarkably rapidly to supplementation. Case studies of infants born to mothers with untreated pernicious anemia or a strict vegetarian lifestyle underlie the manifestations of deficiency.

Fat and Cognitive Development: Polyunsaturated fatty acids contribute to improved performance on the cognition and psychosocial functioning of children but an increased intake of cholesterol is associated with poorer performance.

Saccharides and Cognitive Development: The effect of the saccharides glucose on the ability of humans to perform cognitive tasks has been well researched. It influences reaction time, verbal and figural fluency, affects attention span and declarative memory.

Folate and Cognitive Development: Although the role of folic acid in cognitive development is not completely understood and accepted by the scientists, its deficiency has been found to cause neural tube defects and other congenital abnormalities.

Breast Milk and Cognitive Development: A study published in the journal Pediatrics revealed that breastfeeding improved cognitive development in term and preterm children. Children who are breastfed have better neurodevelopment outcomes, and the duration of breastfeeding also affects a child's intelligence. That is because breast milk has two fatty acids - DHA and arachidonic acid - that improve eyesight and some motor responses in infants and young children. These are present in breast milk but are absent in infant formula and cow's milk. Similarly, lactose in breast milk helps in the development of the central nervous system. 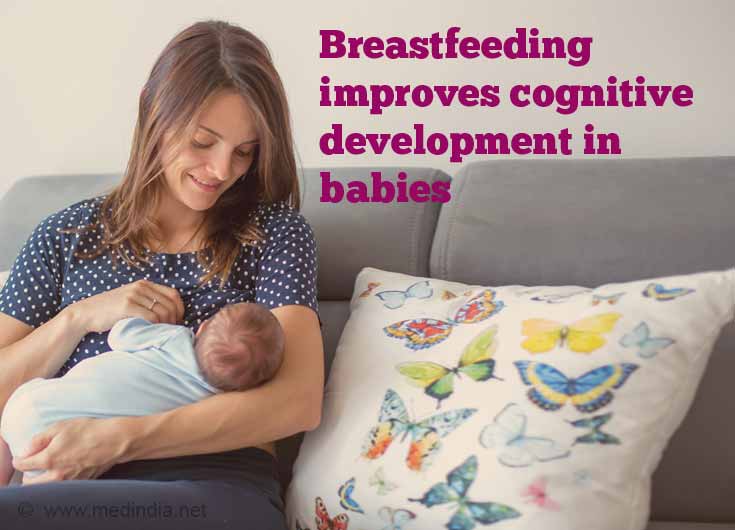 Nutrition is, thus, critical in the development of the brain through the supply of nutrients, and the generation of energy required for continuous functioning. Lack of nutrients certainly affects the development of the brain as it does to the other body tissues and functioning organ systems. Improvement of the intellectual functioning and mental capacity is very important for the survival of the human species. Study of the factors that enhance this mental capacity is, therefore, important for sustainable qualitative importance.

Low-Carb Diets Can Have Adverse Impact On Cognition Skills
Low-carbohydrate diet might help you shed those extra pounds, but it can have an adverse impact on your cognition skills, says a new study.

Quiz on Pollution
Pollution not only has an adverse effect on the earth, it also affects all living beings. Test your knowledge regarding the health effects of pollution by taking this quiz. ...

Fast Foods
Fast foods contain as much as 500 calories per serve which is even higher than the calories that a lunch or dinner should provide. Majority of Indians have a flawed perception of healthy food options.

Nutrition Education for Kids
Effective nutrition education in schools can eventually force children to rethink about their eating habits and form their own new ones.

Motherese
Motherese, a special speech and language pattern adopted by people when talking to infants and small children, helps the child in language acquisition. Other terms used are child-directed speech, parentese and caregiver speech.

Healthy Eating Habits for Children and Teens
It is important to teach kids what is healthy eating and how to eat healthy. Healthy eating tips for kids must include creative recipes and presentations.

Test Your Knowledge on Learning Disabilities
A person with learning disability finds it hard to understand, remember and learn things. It is a condition where the person's ability to understand and learn new and complex information is significantly reduced and they find it hard to cope with. A ...
Sign up for Wellness Consult a Doctor Sign up for Selfcare
Advertisement
Health Topics A - Z
A B C D E F G H I J K L M N O P Q R S T U V W X Y Z

Daily Calorie Requirements Noscaphene (Noscapine) Diaphragmatic Hernia A-Z Drug Brands in India Hearing Loss Calculator Calculate Ideal Weight for Infants Selfie Addiction Calculator Sanatogen Nutam (400mg) (Piracetam) Find a Doctor
This site uses cookies to deliver our services. By using our site, you acknowledge that you have read and understand our Cookie Policy, Privacy Policy, and our Terms of Use