Music and Fitness / Effects of Music on Exercise

We are all familiar with the visuals of the famous Kerala boat races or Vallamkali. The long snake-like boats seat approximately 100 rowers and in the midst of the rowers, there are nearly 25 singers, who sing rhythmic songs that encourage the rowers to increase the rowing pace. It is a race that involves stamina, energy, an adrenergic rush, which is all set to the tones of the music beats. This is an example of entrainment or synchronization, where the tempo or speed of the music influences the energy and the physical performance of an individual. Today, we have different workout routines, for example, zumba, pilates, step, yoga, among others that are set to music with different tempi. Music has been shown to have a positive effect on physical exercise and is known to have an impact at the psychological level. Similarly, it has been observed that physically fit and active musicians provide better musical performances. Hence, music and fitness complement each other.

Factors affecting the relationship of music and exercise

Classifying the effects of music on exercise

An initial framework that was developed by the renowned expert on music and exercise, Dr. Karageorghis, consisted of a 4tier structure based on the type of music.

Rhythm response: This depicts the effect of the tempo of music or the rhythm of music on physical activity.

Musicality: This indicates the melody and the harmonious synchronisation of notes to create the music.

Culturality: This refers to the effect of music within a society or community.

Association: The associations that can be made with factors other than music.

The most important aspect of music is the rhythm response that influences the energy potential of the individual. In 2006, the framework was modified to indicate the effect of appropriately selected music for the type of physical activity that is performed. The productivity of work was enhanced when the appropriate music was played for the occasion. In other words, music demonstrated an ergogenic effect on the lines of a drug that improves the performance of an athlete.

The different aspects of music on exercise include the psychophysiological, psychophysical, and pyschological effects.

Psychological effects: These effects can be subdivided into the psychophysiological and psychophysical effects. Pyschological effects are mainly the effects of music on the feelings (eg, sadness, pain, happiness), behavior, emotions, and the processes of cognition in an individual. To this effect, a recent study showed that obese adolescents (age range 12-17 years), who were subjected to an aerobic regimen, showed an improvement in their academic performance, social skills, and an enhanced self-image. This improvement was observed when the aerobic exercise was performed to the accompaniment of music as compared with video games.

Pyschophysiological effects: These include increase in heart rate or decrease in blood pressure. A study by Madison G et al. has shown that aerobic exercise with the help of music improved the health of sedentary individuals. These individuals experienced a reduction in blood pressure and an increased intake of oxygen. There was an increase in the physical energy levels and the individuals felt a motivation to maintain the exercise-music regimen.

Psychophysical effects: These include the individuals estimation of physical exertion during the exercise process. This can be measured with the RPE scale (Borgs Ratings of Perceived Exertion). A study on the effect of exercise and music on elderly women demonstrated that there was a significant difference in the RPE scale in women who exercised with music as compared with the absence of music. Women who exercised with music perceived a reduced level of exertion. The women in the study were those who had not exercised previously.

Music tends to soothe a troubled soul. It has a rejuvenating effect and can make an individual forget his fatigue. These are not words of fiction but facts that have been analyzed and reported. Music has been shown to improve the exercise performance in individuals based on the tempo of the music. There are other benefits of music. They are listed below:

The following workouts are set to music.

The effect of music is profound on our mental and physical well-being. Physical fitness is essential for the prolonged well-being of our bodies. The combination of music with fitness is a potent combination that promises a wealth of benefits for our physical and mental health. 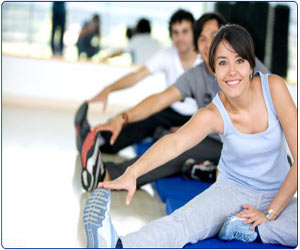 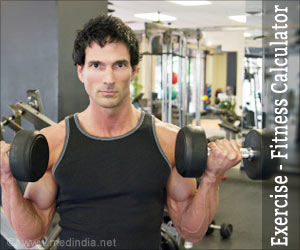 How to Zumba Dance Your Way to Good Health
Zumba dance workout is a combination of Latin music and International music. Learn to Zumba, to make your immune system healthy and fight diseases.
READ MORE

Music and Fitness / Effects of Music on Exercise - Related News