Mushrooms are undoubtedly, a connoisseurs gastronomic delight and quite healthy too. Mushrooms do not fall under the animal or plant variety but belong to the kingdom of fungi. With over a thousand types of mushrooms, only a few of them have gained immense popularity. This is mainly due to the exotic flavor and taste besides their medicinal properties.

Although, some kinds of mushrooms belong to the medicinal group, a few others belong to the poisonous and magical variety having mind-altering and hallucinogenic properties.

One of the most popular varieties, commonly available in supermarkets, Shiitake is a classic vegan substitute for meat, boasting of several medicinal compounds. Abundant in vitamin D, these mushrooms with antiviral compounds help combat infections, keeping diseases at arms length. Known in the Japanese language, as the Oak Fungus these shiitake mushrooms with loads of lentinan are highly beneficial for preventing the formation of cancerous tumors in the body.

Oyster Mushrooms derive their name from oysters, owing to the similarity in appearance. Potent antioxidant compounds in oyster mushrooms have sent scientists researching their potential benefits for treating HIV diseases. Apart from this, these mushrooms are contenders for protecting against cancers and facilitating healthy cholesterol levels in the body.

Popularly known as "Hen of the Woods" these delectable Japanese delights comprising of potent anticancer elements, prevent hormone-related cancers of the bladder, ovary and the breast. Maitake mushrooms are known to treat cancer and are also used to relieve some of the side effects of chemotherapy. Owing to the existing antiviral properties, they boost immune health, besides lowering blood pressure and blood sugar levels.

Owing to the presence of Gandodermic acid, an active compound, the Reishi types offer healthy cardiac benefits. These keep the arteries from clogging, preventing sticking of blood clots to the arterial walls. Because of this, they help maintain healthy levels of blood pressure and cholesterol in the body.

Although, certain varieties of edible mushrooms offer innumerable health benefits, a few others are lethal to the extent of causing death and allergic reactions.

The most common poisonous variety of mushrooms, the oval-shaped Destroying Angel, possesses amatoxins, one of the major contributors towards mushroom poisoning called mycetism. Within a few hours of consumption, the amatoxin substances destroy the tissues in the kidney and liver ultimately causing mortality.

Death caps are common to Asia and Europe. A highly poisonous variety, these are the primary cause for mushroom poisoning across the globe.

The Deadly Gallerina mushroom consisting of amaniti, a critical toxin destroys the central nervous system, the kidneys and the liver.

Nevertheless, with such wide variety of mushrooms, it is advisable to exercise caution in identifying the nature of a mushroom variety before utilizing it for consumption.

The nutritional values of "Mushrooms, white, raw" per 100 grams are:
Data source: USDA Nutrient Database, R25
*Percent Daily Values (%DV) are based on a 2,000 calorie reference diet. Your daily values may be higher or lower based on your individual needs.
To See Full Nutrition Facts & Analysis for Mushrooms, white, raw - click here

Mushrooms Good for Diabetics, Says Expert
Mushrooms are good for people with diabetes as they contain little or no sugar, says an expert.
READ MORE 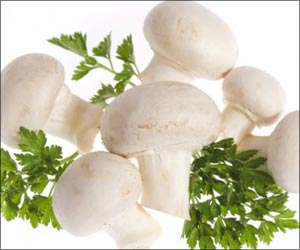 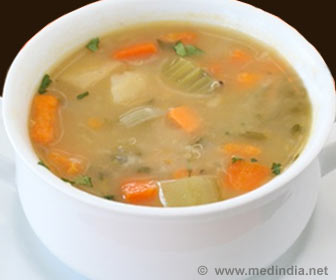 Say Yes to Mushrooms
Mushrooms offer numerous applications as they can be used as food and medicine. According to experts "They represent one of the world's greatest untapped resources of nutrition and palatable food of the future."
READ MORE