A walk by the sea shore or in any public place and you will see people biting into the popular corn on the cob commonly known as "Bhutta" (Hindi) or "Makka Cholam" (Tamil). Corn has become a major productive crop species today and it's no longer just a cattle food. People are becoming more and more aware of its benefits.

Sam Donaldson said: You really get the most out of sweet corn if you pick the corn off the stalk and rush it to a pot of boiling water. The longer you wait, the more sugar you lose. But if you get it in the first half hour, that is the sweetest corn ever.

From corn on the cob to corn flour has multifold benefits and is consumed in different ways, most of which we are not aware of.

Corn probably leaves all other crops behind in terms of by-products. It is virtually in every food that is processed  corn flakes, corn syrup, corn oil, corn puffs, corn meal, corn bread, corn flour, corn starch, corn on the cob, popcorn and the list goes on. These are the edible byproducts though. It can be a revelation that in a typical grocery store nearly 2500 items contain corn in one form or the other.

Practically, soups would be incomplete without corn kernels or baby corn in it and to top it all corn flour is used as a thickening agent to make any soup at all. Of course there are other thickening agents too that are used in the soups and sauces but corn flour tops the chart.

Besides food items adhesives, antibiotics, explosives, wall paper, shoe polish, paper board, latex paint, insecticides, licorice, pharmaceuticals, ethanol and many more products actually use this golden crop! Even the industry acknowledges how corn plays an important role from being the cattle food to building the economy of the nation. A critically acclaimed movie The Informant starts off with Matt Damon describing the byproducts of corn to his son!

Anne Raver quoted: "Gardens, scholars say, are the first sign of commitment to a community. When people plant corn they are saying, let's stay here. And by their connection to the land, they are connected to one another".

Last but not the least, corn has and continues playing an important role in cultural and spiritual beliefs. Mayan, Navajo Indians, Spaniards, Mexicans, Native Americans and many tribes use corn in their prayers, offerings, craft and food.

Latest Publications and Research on Munch On Crunchy Corn!

Folic acid
This medication is a vitamin, prescribed for anemia due to vitamin C ...
READ MORE 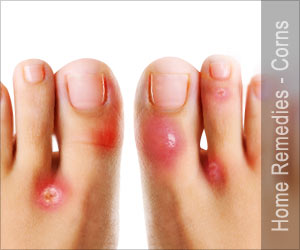 Home Remedies for Corns
Natural home remedies offer you herbal method to treat corns effectively. Follow these simple home remedies and tips to get rid of corns and calluses on your feet.
READ MORE 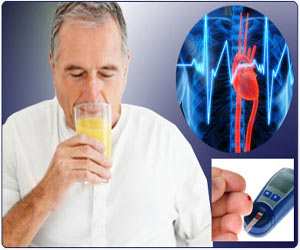 Mushroom Types
Mushrooms are a connoisseur's gastronomic delight loaded with health benefits. Some kinds of mushrooms belong to the medicinal group, a few others are poisonous.
READ MORE