Virtually all of the hungry, many of the overweight, and others of normal weight are debilitated by a deficiency of essential vitamins and minerals.  World Health Organization

The solution to this problem may actually lie with , a tree that has all the vitamins and minerals, and all the amino acids needed for a healthy body.


Moringa oleifera is the scientific name for the popular drumstick tree (Hindi - saijna, Tamil  murungai), grown in almost all tropical and sub-tropical regions. This fast-growing, drought-resistant tree is native to southern foothills of the Himalayas in northwestern India. Cultivation of this tree in India dates back to thousands of years.

The tree grows rapidly even in poor soils. It is well adapted to droughts, and is able to reach up to 15 m in height. The flowers and  fruits appear only twice every year, and seeds or stem cuttings are used to propagate the tree.

All parts of Moringa are used in some form or the other: its leaves, immature pods (drumstick), seeds and flowers, and oil pressed from mature seeds.  For example, flowers of M. oleifera are rich in calcium, potassium and antioxidants, and are used in various dishes.

Moringa tree has been referred to as the Miracle tree for its versatility and experts all over the world believe Moringa to be an ideal plant to combat under-nutrition because of its nutritional benefits and availability. It has been estimated that fresh leaves of moringa plant contain - It is also a rich source of iron having almost three-fourth of the amount present in spinach leaves.

Thus, Moringa oleifera provides a variety of vitamins, minerals and protein amino acids with significantly less fat, less carbohydrate and fewer calories. Given its health and other benefits, Moringa is no wonder called the Tree of Life.

Latest Publications and Research on Moringa

Hi, my self Vidya .[41 yr. old] ... I am taking drumstick juice daily since 1 month.. is it cause of heave bleeding during periods /germs.

Hi,my daughter is 14 month so i feeding milk ,so we drink this tea

Hi, Can you please explain me how to make "Tea" by using Moringa/ Drumstick leaves or seeds...

For which propose the Moringa/ Drumstick leaves or seeds are helpful?

if we eat drumstick daily will our skin becomes black

hi ajinnv, no, it doesn't darken the skin. actually no food can darken the skin because skin color is determined by the amount of melanin present in the body. nothing we eat can actually affect melanin. hope this helps. 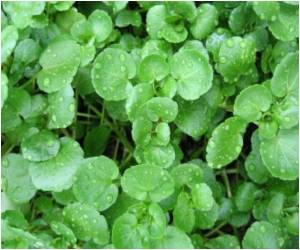