What is Mindfulness meditation?

In words of Jon Kabat-Zinn, Founder of Mindfulness-based stress reduction (MBSR) program- The best way to capture moments is to pay attention. This is how we cultivate mindfulness. Mindfulness means being awake. It means knowing what you are doing.

With heightened levels of stress, demands of life, anger and anxiety like problems our path to happiness is often disrupted. As a result of which we keep searching for ways to get satisfaction out of life.

Among the different ways to stay happy, mindfulness meditationis the ultimate technique that can bring lasting happiness to self and others. Research also claims that since decades mindfulness meditation has been practiced widely for stress reduction, promotion of health and cognitive performance. In simple terms, it helps us in achieving happiness. It is the basic human ability to be aware that what one is actually experiencing and not just being reactive to on-going events of life.

Meditation has been used traditionally for ages as a way of living a happy and peaceful life and to feel the sense of comfort and stability. Meditation and Mindfulness meditation are often used interchangeably, however these two terms are like two sides of the same coin. Both have shown to have physical and mental benefits and were widely used in ancient practices with broadly common goals.

Meditation is an activity in which one just sits and allows the mind to dissolve. But according to Jon Kabat-Zinn, creator of the Stress Reduction Clinic, during meditation many people think that something is supposed to happen to them. Most people would expect that their breathing would be easier or they would feel extremely at peace, which is not the case with mindful meditation.

In mindfulness meditation, it is simply the awareness of actuality and one does not need to practice for a specific time nor at a particular place. It is the process of bringing ones attention in a non-judgemental state and a feeling of existence in the present moment. It can be done anywhere, anytime and with anyone you like. All it requires is just to live in the reality, follow the consciousness of your mind, without judging or changing it.

How to Practice Mindfulness Meditation?

Everyone can perform mindfulness meditation as we all already have the capacity to be present, and it does not require any changes within ourselves. But by developing these innate qualities with simple practices we can tremendously benefit our life. Mindfulness practice is a simple and feasible thing to do. Just by sitting and doing nothing, we are actually doing a lot for ourselves. But, it is not just an activity; rather it is a systematic procedure that needs to be followed rightfully for desirable effect. Mindfulness-Based Stress Reduction (MBSR) program was developed in the 1970s initially for patients with chronic pain and stress-related conditions, but now it has expanded worldwide. It involves some basics like-

Here they have been discussed in general as follows

Creating a favorable environment-. You dont need a meditation cushion or any special spot to perform mindfulness meditation. You just need to set aside some time and space that makes you feel comfortable. Create a peaceful environment by decreasing disturbances like noise, temperature or crowd.

Beginning the practice  When you begin to mediate go for short periods of time. Decide and make an intention each time before performing.

Gaze- Soften your gaze and look downward just beyond nose with soft eyes.

Breath Awareness- With each breath start being aware of the sensations of breathing, body sensations, thoughts and emotions.

Contemplative Psychotherapy- It is technique that is a combination of meditative techniques of Buddhism and application of traditional Western psychology. Basically it is an exploration of the stages of a human being and is based on following principles:

It is based on the concepts of Mindfulness-Based Stress Reduction (MBSR) theory. It focuses mainly on the treatment of depression rather than stress. MBCT is specifically designed for use in the prevention of depression relapse, and for those individuals who have mood-related reactivation of negative thoughts and inappropriate responses to it.

This therapy was originally developed for patients who had suicidal tendencies and borderline personality disorder. It helps the participants to change their inappropriate behavior and facilitate acceptance and change.

Mindfulness meditation offers numerous health benefits. Some of them are enlisted below:

Digestion- Irritable bowel syndrome is a group of symptoms manifesting as a functional gastrointestinal disorder. Stress can disrupt your digestive system but mindfulness meditation can ease your system. According to an eight-week intervention, IBS symptoms reduced for those in the MBSR group (26.4 %) compared to those in the support group (6.2%).

Sleep - Results support that MBSR therapy has a favorable influence both on biomarkers of stress regulation, such as cortisol secretion, and on sleep. It significantly reduces morning cortisol levels, increased calmness, and improves quality of sleep. 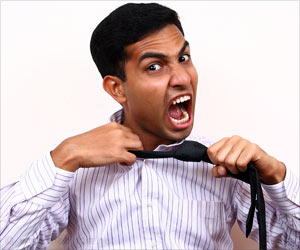 Test Your Knowledge on Anger Management
Everyone gets angry; it is a normal emotion that cannot be completely avoided. However, it is important to recognize if you have problems controlling your anger. Most people instinctively think that they do not have anger issues and that their anger ...
READ MORE 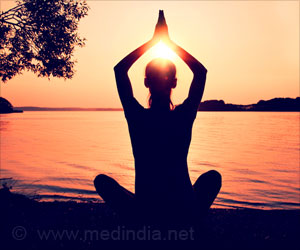 Meditation: Just For The Mind?
We meditate to calm the mind and perceive inner self through spirituality. On the other hand, we also meditate to relieve stress and ease other lifestyle disorders.
READ MORE
Sign up for Wellness Consult a Doctor Sign up for Selfcare