What are the Types of Sleep?

Sleep is generally divided into two main categories: Rapid Eye Movement (REM) sleep and non-rapid eye movement (NREM or non-REM) sleep. It is easy to differentiate between these two types of sleep as each one is characterized by a distinct set of neurological and physiological features. An EEG (Electroencephalography) measures and records the electrical activity in an individuals brain through multiple electrodes that are placed on the persons scalp. This electrical activity can be divided into frequency ranges and this will determine whether the person is experiencing REM or NREM sleep.

In NREM sleep, there is very little or no eye movement and there is also no muscle paralysis as in REM sleep. NREM sleep constitutes 80% of a persons total sleep time and it is during the deep stages of this type of sleep that the body self-repairs and regrows tissue.

When a person first settles down to go to sleep, they are still wide awake, alert and aware of their surroundings. At this point, the brain produces small and fast waves that are called beta waves but as the person starts to relax and drift off to sleep, the brain produces slower alpha waves. There are four stages of sleep and collectively they are known as a sleep cycle. Most people go through 6 to 8 sleep cycles every night with each cycle lasting anywhere from 60 to 110 minutes. These are the stages of a sleep cycle:

Stage 1 of a sleep cycle is a transition period from wakefulness to sleep and it is a light stage of sleep. During this stage, a person gets very drowsy and their breathing slows down and their muscles relax.

In Stage 2 of a sleep cycle, eye movements stop and the individuals heart rate slows down. In this stage, brain waves become much slower with short bursts of rapid waves  these are known as sleep spindles. There are short periods of muscle tone interspersed with periods of muscle relaxation. In this stage of sleep, a person is no longer conscious of their surroundings.

Stage 3 of a sleep cycle is when you experience deep sleep. It is sometimes referred to as slow wave sleep or delta sleep as this stage is characterized by the occurrence of slow brain waves called delta waves. During this stage, there is no response to external noises in the persons environment. Bed-wetting, sleepwalking and other similar sleep problems are most likely to occur at the end of the third stage of the sleep cycle. The proportion of deep sleep decreases after the initial 3 to 4 sleep cycles.

Most dreaming occurs during stage 4 of a sleep cycle when the respiration rate and brain activity increases. During this time, voluntary muscles are paralysed. The proportion of REM sleep will increase in the last 2 sleep cycles before the individual wakes up.

A single sleep cycle generally follows this pattern: Stage 1, stage 2, stage 3, stage 2 and then finally stage 4. While the full functions of REM sleep are not yet understood, research in the field of sleep deprivation shows that a lack of sufficient REM sleep impairs the ability to learn and remember complex tasks.

A power nap is a short sleep that does not last through all the stages of a sleep cycle. This short nap is generally used to revitalize a person as it supplements normal sleep time. According to a growing body of research, a midday nap will not only improve mood and temperament but can also improve performance. However, it is the duration of the nap that determines the health benefits of power naps and very long naps can have a negative effect. For instance, two independent research teams recently found that there was a relation between hypertension and regular long naps. Their evidence strongly suggests that people who nap for more than an hour on a daily basis are at an increased risk of high blood pressure problems. Similarly, a study into the effects of lengthy napping on diabetes showed that long naps are associated with an increased risk of type 2 diabetes.

Short power naps are effective and produce immediate improvements on cognitive performance and vigour. While a 5 minute nap has no noticeable effect, a 10 minute nap produces benefits that last for the next one and a half hours. A 20 minute nap does not have immediate benefits as these only kick in half an hour after the nap has ended. A 30 minute nap has a temporary negative effect as the individual experiences impaired alertness for a brief period but the positive effects after that can last for up to two and a half hours.

Power naps at work should be approximately 20 minutes long as this will promote alertness and improve typing skills and other motor abilities while power naps for studying should be no less than 30 to 60 minutes. A nap of 30 to 60 minutes allows the student to enter into slow-wave sleep and the occurrence of deep sleep will improve memory and recall abilities. It can take a while to get used to regular power naps  time your naps to make sure that you dont nap for over an hour or you will wake up groggy and sleepier than before. When it comes to naps vs coffee, although the caffeine in a cup of coffee can give you a boost, go for a short nap instead, as it will leave you more refreshed and alert.

While it may seem like power naps have an obvious advantage in the contest of power naps vs sleep, it is essential that an individual experiences a certain amount of deep sleep every night. It is during deep sleep that the human growth hormone is secreted which is responsible for cell repair which is why this type of sleep is also referred to as restorative sleep. Some people make the mistake of having short power naps through the night instead of long sleep but this goes against the basic biorhythms of our bodies and can cause sleeping problems. Inadequate deep sleep will leave you fighting drowsiness throughout your day and will drastically reduce your productivity.

Latest Publications and Research on How Power Naps Help You Recharge

you have discussed a very nice topic 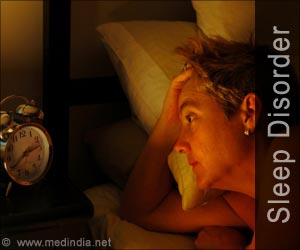 Energy Reserves From A Power Nap
Pre-winter months for hibernating animals are the time to accumulate enough energy reserves that can last until spring.
READ MORE
Sign up for Wellness Consult a Doctor Sign up for Selfcare