Chili peppers bring a lot more to the table than just spiciness. Capsaicin present in chilies, has many health benefits.

Unlike its name, Chili pepper is not a native of Chile but has its origin in Central and South America. Botanically termed Capsicum, they belong to the family Solanaceae which has potato and tomato as its members. They are widely used by the entire world be it in the spicy Mexican cuisine or a smoldering Indian curry or a red hot Thai dish. It is the form of usage which varies a great deal.

Fire in your tongue and a tear in your eye  thats what the Chili pepper can do to you. The burning sensation is rendered by a compound capsaicin present in chilies which binds with nervous system receptors in the tongue and throat. This then triggers a sensation of heat. Apart from capsaicin, other compounds called capsaicinoids too bring some fieriness to the pepper.The hotter the chili pepper, the more capsaicin it contains. Varieties vary with respect to their heat and capsaicin content.

The heat of a pepper is measured in Scoville Heat Units (SHU) and can range from anywhere between 0 and 1,000,000 or even more. So, just how hot are Chili peppers? The Guinness World Records rates the Naga Viper pepper variety from UK to be the hottest at 1,383,118 SHU closely followed by the Bhut Jolokia variety from India and the notorious Mexican habanero pepper.

Chilies contain most of the capsaicin in their seeds and white flesh ribs. Removing the seeds and the ribs helps tone down spiciness.

At high concentrations, capsaicin induces the release of endorphins which explains why some people are chilly-lovers. High endorphin levels not only modulate appetite, it leads to the feeling of less pain, reduced effects of stress and increased euphoria.

Capsaicin has been studied for various medicinal properties including anti-coagulant effects. It has been found to inhibit neuropeptides associated with inflammatory processes and to help with pain management as well. Capsicums are also known to be natural muscle relaxants.

Chili peppers and capsicums are rich in vitamin A, C and potassium. For example, 100g of giant chilies contain 137mg of Vitamin C and 427mcg of carotene. Chili peppers are extremely low in calories, so low its almost a zero-calorie food.

In these times of muggings, robberies, and personal dangers, pepper spray is an effective self defense tool. Pepper sprays generally contain 18 percent oil from one of the hottest varieties of Chili pepper  Capsicum frutescens. The active ingredient in the oil is capsaicin. The mist sprayed on the face of the assailant is guaranteed to incapacitate him at least temporarily giving you the chance to escape.

Latest Publications and Research on Exploring the Benefits of Chili Pepper 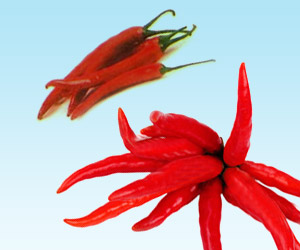 Capsaicin in Chilli Peppers Increases Metabolism, Body Temperature
Thermogenesis, the process by which cells convert energy into heat, can be directly induced by chilli peppers says a new study published in the Journal of Biological Chemistry.
READ MORE 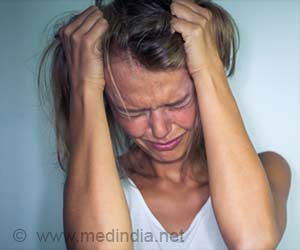 Thunderclap Headaches
Thunderclap headaches are severely painful headaches that peak within 60 seconds and occur without any apparent trigger. They have often been described as "the worst headache ever" and need urgent medical attention to rule out anything sinister.
READ MORE