What Are Energy Drinks Supposed to Do?

As the name implies, energy drinks are supposed to provide an extra burst of energy. Sugar and caffeine are usually the sources of energy in these drinks. Energy drinks must act as a source of electrolytes, fuel and fluid. Sufficient carbohydrate for energy, fluid and electrolyte balance are the main factors which play a role in improving performance.

Hydration is an important factor to consider before, during and after a workout. Staying hydrated must be a priority during exercise. Dehydration can retard performance and if left unattended will have serious consequences on the health of the individual.

Fuel  the energy provided will help keep fatigue at bay.

Minerals or electrolytes are lost through perspiration during physical activity. Electrolytes must be replenished as they play a role in several metabolic pathways in the body which are directly related to performance.

Ingredients Found in An Energy Drink

Sugar is a carbohydrate and is a major energy source. Most energy drinks contain from 25g to 31g of sugar per 8 ounces. This will provide between 100 to 120 calories.

Caffeine is used to increase metabolism. To do this caffeine blocks adenosine which is a chemical that is associated with sleep. When adenosine is blocked there is increased neuron firing in the brain. This is interpreted as an emergency by the pituitary gland which produces adrenaline  the fight and flight response. Adrenaline increases the heart rate, causes the pupils to dilate and triggers release of extra sugar into the bloodstream from the liver.

Aside from these, a list of ingredients is mentioned below along with their individual functions.

Disadvantages and Side Effects of Energy Drinks

There is no doubt that energy drinks do provide energy but the ingredients used for this advantage have some side effects.

How Much is Safe?

For adults in good health, consuming energy drinks does not pose a problem but it is recommended to restrict intake to 500mL per day. Adolescents must restrict the intake of caffeine to 100mg a day and young children must refrain from consuming caffeinated beverages on a regular basis.

There is no denying that that energy drinks give an extra edge to workout performance. It is up to every individual to weigh the pros and cons before choosing to consume energy drinks. If an individual is using energy drinks care must be taken to stick to the recommended allowances.

Latest Publications and Research on Energy Drinks  Power or Hype?

Sports Drinks - Do They Help Athletes Perform Better?
Sports drinks help sportspersons to refill the electrolytes they lose from their body during sports and games. The glucose content in them helps to prevent fatigue and enhance their performance.
READ MORE

Alcohol With Energy Drinks - The Bad Mix
Youngsters around the world are combining alcohol with energy drinks. Studies show that consuming this combination could have severe health impacts.
READ MORE 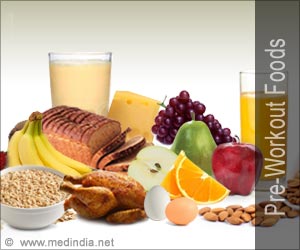 Energy Boosters Before a Workout
Eating foods that boost your energy before a workout helps in delaying fatigue. It allows you to push harder for better performance.
READ MORE
Sign up for Wellness Consult a Doctor Sign up for Selfcare