Certain dietary dos and donts serve to maintain balance of specific doshas (vata, pitta and kapha) and promote sound health. An appropriate diet can not only enhance wellness but can also be used to neutralize toxins in the body.

According to the science of , the root cause of any disease or malfunction is the accumulation of toxic substances (Ama, i.e. the improperly digested food particles) in the body. The toxic accumulation depletes the cells of its oxygen and energy and promotes ill heath.

Eating in sync with the prakriti:

The vata dosha has cold, dry and light qualities. So, an individual with vata prakriti should avoid dry and light food items to counterbalance the excess of these qualities. Lubricating substances such as oily, sweet, sour and salty items are advised. Leafy veggies, mushrooms and potatoes are okay for people with vata prakriti. Tomato is best consumed in low quantity or better still if avoided.

An individual with pitta dosha has hot, oily and liquid qualities. Excess stomach acid can be formed if the hot quality is combined with the liquid quality. So, cold items having sweet, bitter and astringent taste should be preferred over oily, spicy and sour foods.

A person with kapha prakriti should avoid sweet, sour (e.g. pickle) and salty foods that increase the bulk and moisture in the body, and prefer hot, spicy foods since kapha qualities include cool, heavy and wet.

One has to always eat a little less than the full stomach. If the food taken is properly digested in time without impairing health, it is the proper quantity. Heaviness, pain in the abdomen, lethargy, is an indication of overeating.

Eating in excess of the required amount produces ama and leads to disorders like , , , joint disorders and heart diseases.

Light foods such as green gram dal, dalia, khichdi, plain curds, rice all stimulate the digestive fire (agni). They are harmless foods and can be consumed in quantities till it satisfies ones appetite. On the other hand, heavy foods such as sesame, nuts, flour preparations, black gram, meats, fish and eggs are heavy to digest and do not stimulate the gastric fire. For that matter, banana is also a heavy food according to Ayurveda and it should be consumed in moderation or avoided.

The time of food consumption:

In Ayurveda, emphasis is laid on the fact that food should only be consumed once the food taken earlier is digested. This is experienced by -

There should be a gap of three hours between two meals as it affects digestion. At the same time, food should be consumed within six hours of earlier food intake.

Certain food articles in Ayurveda are beneficial for all types of prakritis. They are -

I find it interesting that there are many variations of what is good vs what is bad. One example in the list above which is good for all is grapes, yet I have seen grapes listed as avoidance for Kaphas.

how will an individual come to know that he/she has vata/pitta dosha.

plz check this out - 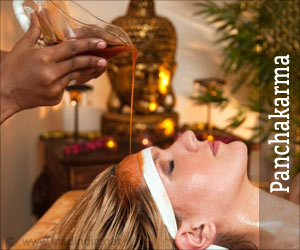 Tridosha
It gives information about the basic concepts and theory of Ayurveda. It describes about 5 elements and 3 doshas viz., vata, pitta and kapha.
READ MORE