Psoriasis can be defined as a chronic skin disease caused due to the inflammation mediated by an immune system disorder. Environmental factors such as infections and stress are the biggest influencers of psoriatic disease. Various risk factors have been identified to cause psoriasis such as diet, obesity, smoking, stress, and alcohol consumption.

Does Diet Treatment for Psoriasis Work?

The best diet for psoriasis is comprised of low energy diets and vegetarian diets with fasting periods. Dietary factors are also responsible in changing the effect, metabolization and elimination of the drugs from the body.

Research studies from recent past have made it amply clear that diet may have an influence on the outcome of various dermatological conditions. It is a very well-known fact that psoriasis can increase the risk of cardiovascular disorders in patients. As part of lifestyle changes, diet to treat psoriasis has been recommended as an effective means of treatment; it also reduces risk factors for cardiovascular diseases. Few other studies have also confirmed the association of psoriasis with an increased incidence of diabetes, dyslipidemia and obesity. Psoriasis is also an independent risk factor for myocardial infarction.

Hence, a heart healthy diet, anti-inflammatory diet, gluten-free diet and vitamins and supplements can not only treat psoriatic disease but also reduce the risk factors, which can lead to cardiovascular diseases.

There is a positive association between psoriasis and diet, and a number of individual food ingredients have been reported to have an effect on psoriasis. These food ingredients are rich in antioxidants and oligo elements, which reduce oxidative stress on the cells and also alleviate symptoms of chronic systemic inflammatory disorders like psoriasis. Antioxidants like fish oil, vitamins A, E and C and elements like iron, copper, manganese, zinc and selenium have to be included for diet to be effective as treatment for psoriasis. Vitamin D also plays a key role here.

Diet plan of psoriasis should include more of fruit and vegetables, legumes, grains and cereals, fish and other seafood, nuts, and less of dairy products, meat and meat products and moderate quantity of alcohol primarily in the form of wine during meals. The lipid should be obtained from extra virgin olive oil. Examples of fruits and vegetable, which should be a part of the diet to treat psoriasis, include carrots, squash, sweet potatoes, spinach, kale, broccoli, blueberries, mangoes, strawberries and figs.

Role of Anti-Inflammatory Diet in Psoriasis

Dietary intervention has been recommended to patients with psoriasis as the foundation of reducing the risk of cardiovascular diseases by improving cardiac risk factors. Diet treatment for psoriasis also serves as a foundation stone for therapy of diabetes, hypertension and hypercholesterolemia. Anti-inflammatory diet in psoriasis is a specific dietary profile, which is related with an improvement in the heart function and also reduces the concentration of inflammatory chemicals in serum.

In view of the above considerations, it has been recommended by physicians that diet for psoriasis should comprise of fruits and vegetables, whole grains and omega 3 fatty acids. A diet plan comprising of health foods rich in antioxidants and polyphenols such as plant foods, fruits, red wine, extra virgin olive oil are especially beneficial as anti-inflammatory diet for psoriasis because they are known to reduce the risk factors leading to chronic inflammatory conditions.

The anti-inflammatory diet for psoriasis should be made up of:

Worst foods for psoriasis are those, which are known to cause or enhance inflammatory conditions such as psoriasis. The food to avoid with psoriasis includes:

Reducing the intake of red meat can also lead to a reduction of the inflammation in psoriasis.

Latest Publications and Research on Diet for Psoriasis 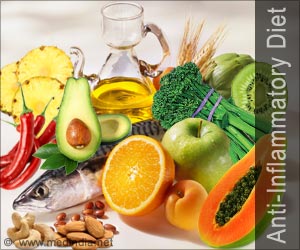 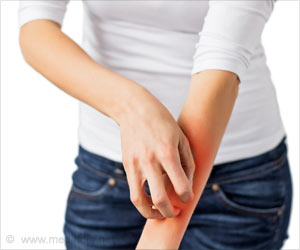 Test Your Knowledge on Itching / Pruritus
Itching, also called pruritus, is a sensory experience that causes an impulse or reflex to scratch at the point of itch. While the mechanism of how to stop itching is unknown, it is believed that pain inhibits itch. Causes of itching include ...
READ MORE