With newer gadgets and facilities come newer health challenges. The computer maybe the modern marvel that has increased the pace and productivity of work, but the human body is not designed to be sedentary. Reports from PC users all over the world, point to serious health issues posed by the monotony and stress of being tied to a computer for most part of the day.

"We pray with our hands and often communicate with them. We use them to eat, work, and make love. We employ them as marvelously sophisticated instruments of flexibility and strength, and when they are damaged, we anguish." - Keith L. Moore

A few of the health problems that the computer has brought in its wake include Repetitive Strain Injury (RSI), Work Related Upper Limb Disorder (WRULD), Musculoskeletal Disorder (MSD), fatigue, migraine headaches and eye strain. These symptoms could just be the beginning of serious health concerns because computer usage is relatively new and we are yet to understand the long- term health consequences of a lifetime of working at a computer desk. 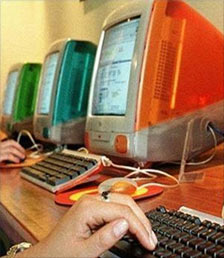 Computer - related injuries are mainly a physical problem and not a psychosomatic one. Prolonged hours of sitting and working at a particular place can increase stiffness in joints and muscles. Stress may aggravate symptoms. It has been proved easier to prevent computer -related injuries than to cure them.

Ergonomics is the science that focuses on equipment design at workplaces with a view to reduce fatigue and discomfort in workers by improving working conditions. The overall aim of ergonomics is to increase workers efficiency and thereby maximize productivity.

Ergonomic furniture and ergonomic accessories are becoming increasingly popular in markets all over the world. For instance, ergonomic keyboards designed with a view to reduce muscle strain and repetitive stress injuries such as carpal tunnel syndrome, are hitting the market offering different features. Some ergonomic keyboards are a single board with keys arranged in 2 or 3 groups at different angles rather than a straight keyboard. Some have the keyboard split into separate independent pieces with elevated sections at different angles. Some ergonomic keyboards have keys fixed at a vertical elevated level so that the users hands can be unbent and perpendicular to the ground.

Employers and workers need to be informed of the health hazards of constant computer use, successful prevention techniques and useful remedies if injuries do occur.

In India, CRI is not treated as an occupational hazard, unlike developed countries such as the US, Canada, Australia and UK where computer-related injuries are compensated. 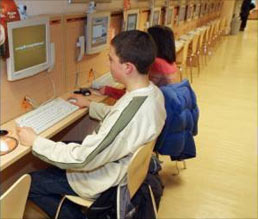 A 2007 cross- sectional study conducted on a sample of 136 users comprising of university students and office staff in Malaysia, where many were using standard keyboard and mouse without any ergonomic modification whatsoever, reported the following findings:

A study conducted in India on a sample of 650 people in computer-dependent careers, (average age was 27 years and ratio of males to females was 4:1) revealed that:

Stress Relief Through Alternative Medicine Stress is a form of strain that affects us physically and emotionally.It occurs as a result of conflict, within us, or, with the outside world.

Hip replacement Are you experiencing pain due to damaged hips? Travel abroad to get replacement surgery at affordable prices.

Back Injuries Common back injuries include strains, sprains and fracture and they can occur due to pressure or trauma.

Wrist Pain Symptom Evaluation The wrist is among the most commonly used joints for our daily activities. Common causes of wrist pain include wrist arthritis, tendonitis, carpal tunnel syndrome and bone fracture.

Ergonomics Ergonomics is a multi disciplinary field that deals with designing for people as they interact with products, systems or processes.

Simple Ways to Deal with Work Related Stress Work-related stress has many causes and symptoms. But there are ways workplace stress can be managed with ease.

Occupational Overuse Syndrome Occupational overuse syndrome (OOS), also known as repetitive strain injury (RSI) is an injury to a part of the body, by putting an excessive strain on that body part.