Coconut Oil - How Healthy is it?

Consumption of coconut oil along with other omega 3 fatty acids rich oils is good for health. However, large amounts of any oil be it coconut oil or olive oil, are unhealthy.

Coconut Oil - How Healthy is it?

Written by Maulishree Jhawer, BHSc, MSc
Article Reviewed by Dietitian  on May 20, 2019

Is Coconut Oil Good for Health?

Are the claims about coconut oil lowering cholesterol, blood pressure, heart diseases true? All the current information available on coconut oil makes us wonder whether the oil is the correct choice over others. Websites too are making larger than life claims of coconut oils many benefits such as helping promote weight loss, curing hypothyroidism among others.

Previously the coconut was thought to raise cholesterol levels though people in various coastal regions around the world consumed it with no apparent adverse effects. Current research recommends coconut consumption for its rich nutritional benefits. Coconut in its various forms and the oil are definitely a healthy addition to one's diet.

Coconut is a nutrient-rich one-seeded drupe. It is a good source of iron, phosphorus, zinc, and other minerals and vitamins. It is also a good source of protein and fiber, while containing a few naturally occurring sugars. Around 92 percent of coconut fat is saturated. This has lead to the belief that coconuts are 'bad for health', particularly in relation to heart disease. Recent research, however, has established that most of the saturated fats in coconut are medium chain fatty acids whose properties and metabolism are different from saturated fats of animal origin. The lauric acid in coconut oil is used by the body to make disease-fighting fatty acid derivative monolaurin.

The coconut tree bears fruit all year round. Studies show that every coconut cultivar has its own unique characteristic which explains variances in the percent composition of fatty acids like lauric fatty acid in the oil. This is attributed to factors such as location and varietal differences. Ten to thirteen-month-old coconuts have the highest oil content.

MCT are good fatty acids. When ingested they are readily burned in the body and dissipated as energy unlike LCT which goes to the circulatory system before finally being used as energy. This process leaves fatty deposits in the tissue. Prematurely born infants given MCT-enriched diets increase their fat and mineral absorption to the same level as in normal term infants. MCT is a good source of energy for the sick and convalescent too. Most tube feeding formulas contain MCTs as the source of fat and energy. Studies show that the intake of MCT-rich foods or supplements 30 min before meals results in a significant decrease in calorie intake.

Although these are great findings for justifying the consumption of coconut oil along with another omega 3 fatty acids rich oils, this is no reason to indiscriminately consume it. Large amounts of any oil - be it coconut oil or olive oil, are unhealthy. As much as possible the oils should be ingested without heating. If used for cooking the cooking temperature should be kept as low as possible. Hydrogenated forms of oils should never be used.

The nutritional values of "Oil, coconut" per 100 grams are:
Data source: USDA Nutrient Database, R25
*Percent Daily Values (%DV) are based on a 2,000 calorie reference diet. Your daily values may be higher or lower based on your individual needs.
To See Full Nutrition Facts & Analysis for Oil, coconut - click here 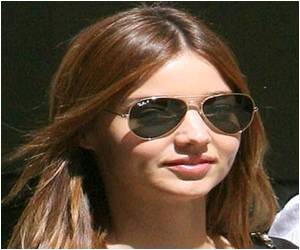 Adding Coconut Oil to Diet may Reduce Fat
A diet rich in coconut oil can fight fat and also reduce insulin resistance, which can lead to diabetes.
READ MORE 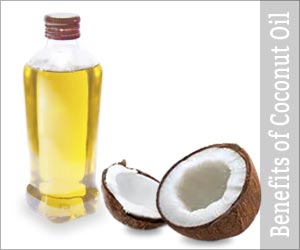 Benefits of Coconut Oil - An Ayurvedic Miracle
Coconut oil has been described as the healthiest oil on earth and can be used for skincare, haircare, cooking, weight loss and curative purposes.
READ MORE 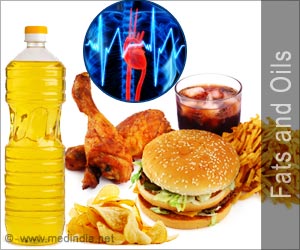 Quiz on Fats and Oils
We all know that excessive fats and oils in our food are harmful and cause heart-related complications. Which are the fats that are usually harmful? Are fats required in the first place? How can we reduce our chances of suffering from such ...
READ MORE 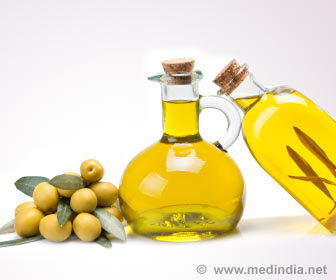