The buzz word that rings danger bells in most affluent societies today is the word CHOLESTEROL. The term is used loosely to indicate any fatty food items and often this has no meaning.

So much hype surrounds this nutrient and ignorance makes it worse. No doubt it is harmful to the system when present in excess but people should also know how important it is for the human system.

Just the other day I offered cashew nuts to a guest visiting us, he politely refused citing the reason that he has been advised to steer clear of rich foods and so cannot take cashew nuts! I was surprised as well as disappointed that wrong information surrounding nutritive values of foods promotes faulty eating practices and wrong therapeutic diets for people. Rather than saying that cashew nuts has the person should have been told that they are rich in .

Latest Publications and Research on Cholesterol - The Enigma Chemical

Comments should be on the topic and should not be abusive. The editorial team reserves the right to review and moderate the comments posted on the site.
Gerald

Cholesterol is a combination of good [HDL]and bad (LDL)cholesterol. When saturated fat is consumed it does raise cholesterol. But taking a closer look we find that it increases both the good AND the bad by the same percentage. The good more or less cancels out the bad. So although cholesterol does increase, saturates have a relatively small effect on actual heart diseasee itself.
But trans fat increases the bad and decresease the good. This makes it the worst thing you can do for your heart.

Encyclopedia section of medindia gives details regarding your Body

HDL is a type of Lipoprotein. Lipoproteins, as the name suggests, are a class of biochemical compounds formed by a protein component and a lipid component. 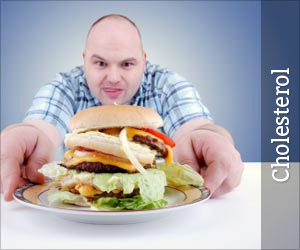