Bullying is a form of aggressive behavior intended to cause harm to the child being bullied.

It is a repetitive behavior that usually occurs due to an imbalance of power. The child who bullies uses his social and physical strength to control the child being bullied.

Bullying can be direct - that which affects the person or the group targeted directly like hitting or teasing. It can also be indirect - where the person who bullies affects another psychologically by spreading rumors about them, or by alienating or excluding them. 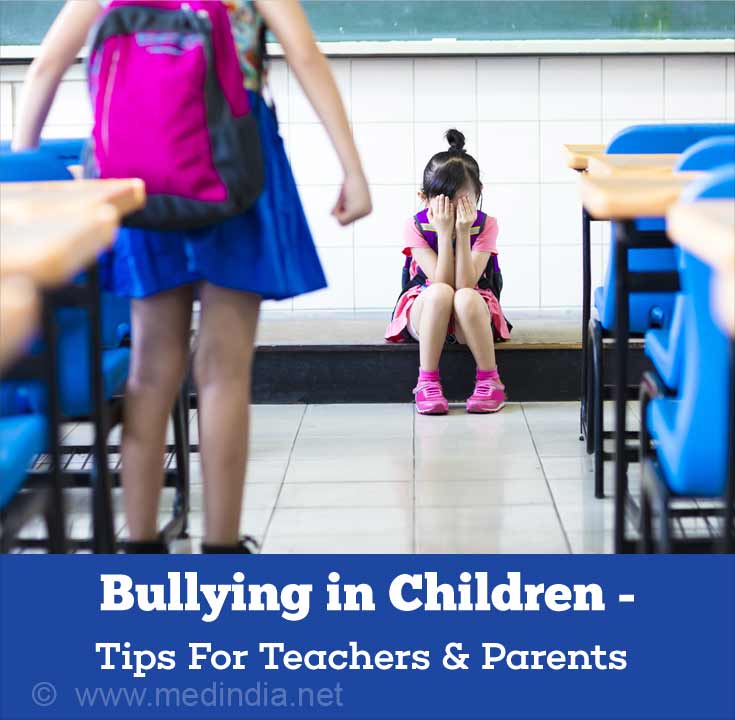 Both the person bullying and the person being bullied may end up being affected seriously.

Bullying usually occurs during physical education classes and in places like the cafeteria, hallways, libraries, bathrooms, buses, playgrounds and during group or after school activities.

Bullying in schools is a universal problem. The severity of the problem may vary from school to school. It occurs in cities, suburbs or rural towns. Many schools have been forced to evaluate their teaching methods and add new policies on anti-bullying behavior.

Research shows that bullying can be significantly reduced through comprehensive, school-wide prevention programs to change behavior.

Alienating someone on purpose by telling others not to become friends with them or by embarrassing them in public or by spreading rumors about them.

Cell phones, computers and tablets are the devices used to communicate or bully through social media sites, text messages, chats and websites.

Examples of cyberbullying are sending rude text messages and emails to someone or posting embarrassing pictures and videos about someone on social sites. 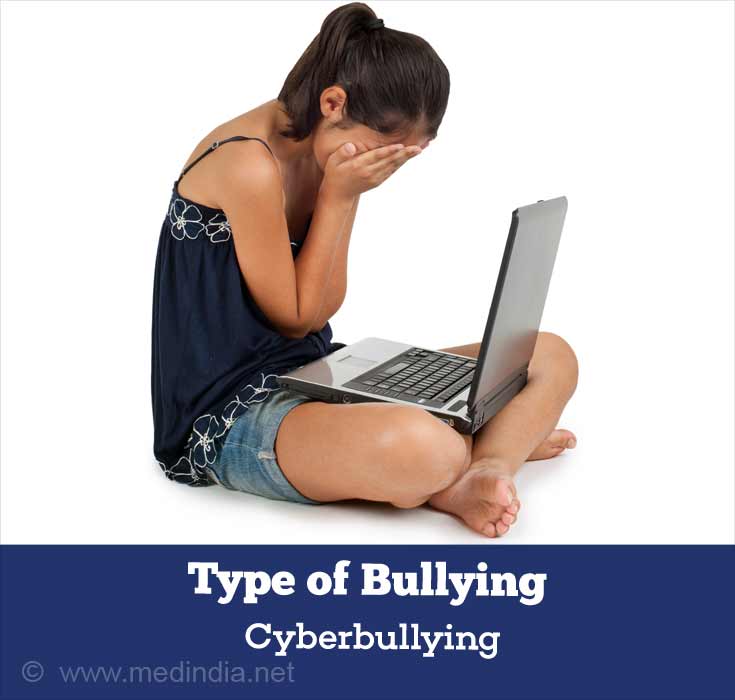 A kid should not be labeled as a bully or a victim at any point because they can play multiple roles over time depending on situations and other factors involved like peer influence or school climate.

Researchers talk about the circle of bullying where kids can transition themselves from one role to the other. They can bully others or get bullied or just witness a bullying incident.

What Makes Kids Bully or Be Bullied?

There is no single cause that encourages bullying. It is a combination of individual, peer, family, school and community reasons. 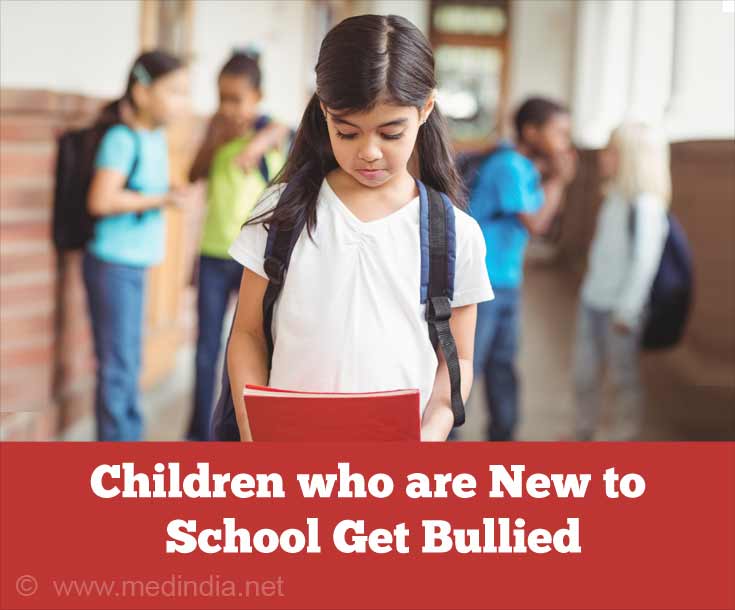 There are two types of kids who are more likely to bully others:

Children who bully are those who - 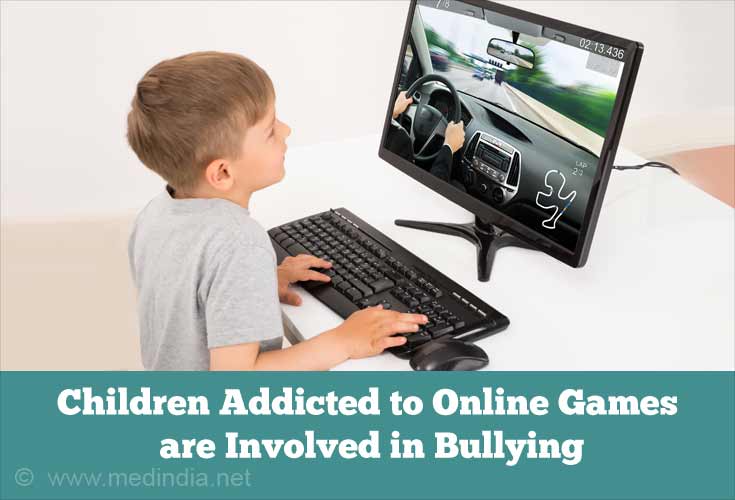 The power imbalance between the two sides is not that of size but rather due to popularity, strength and cognitive ability.

Warning Signs of a Child Involved in Bullying

Children who are being bullied can -

These children do not ask for help because they - 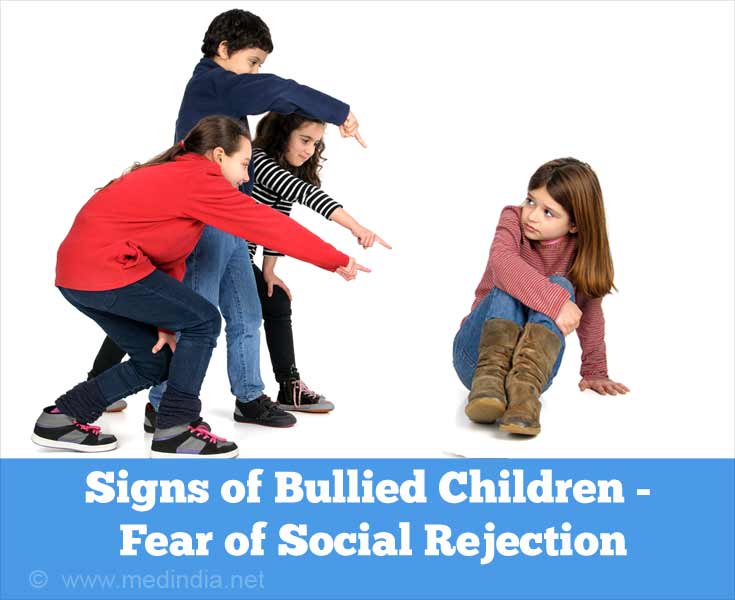 Who gets Affected in Bullying?

Negative outcomes occur to all kinds of kids involved actively or passively.

Children who get bullied have -

Children who are bystanders also get affected to some extent. They tend to have increased mental issues like depression and anxiety, use more alcohol and other drugs and miss or skip school.

1. Bullying has to be stopped before it starts.

Anonymous survey forms can be given to students and staff to -

2. Parents and youths have to be involved to maintain a climate of respect and inclusion. 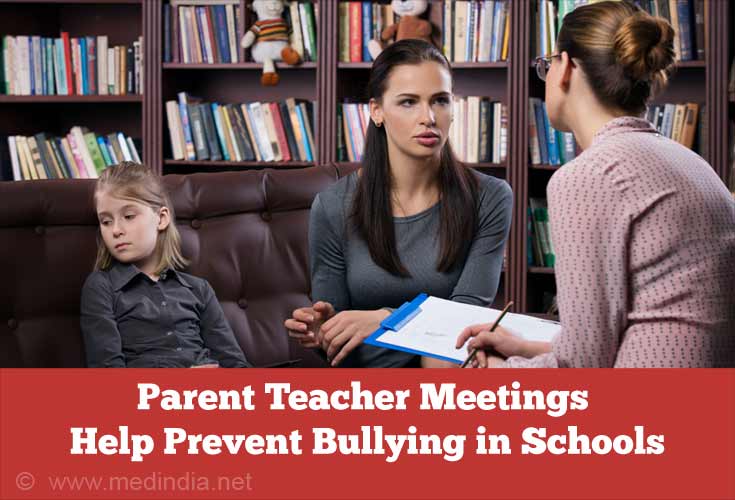 A school safety committee has to be established to address safety concerns and to implement prevention and intervention programs. Involving various groups spreads more awareness. The incidences have to be investigated in confidence.

The school committee should comprise of

3. School policies and rules have to be created. 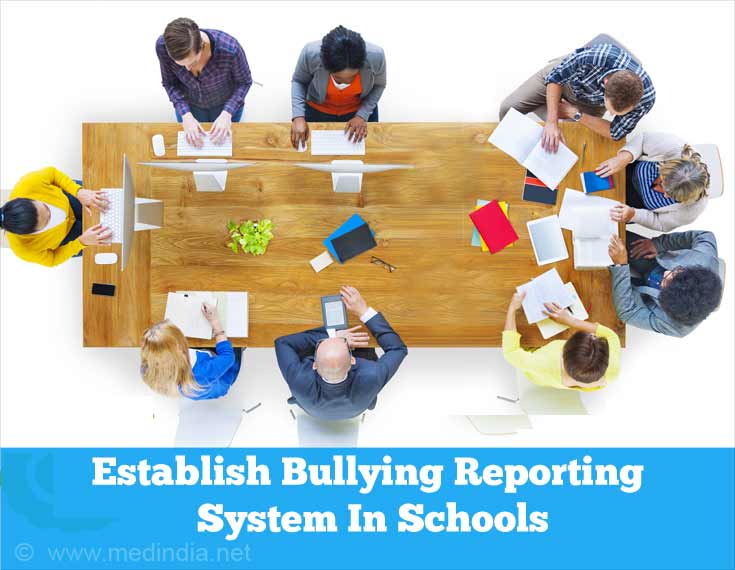 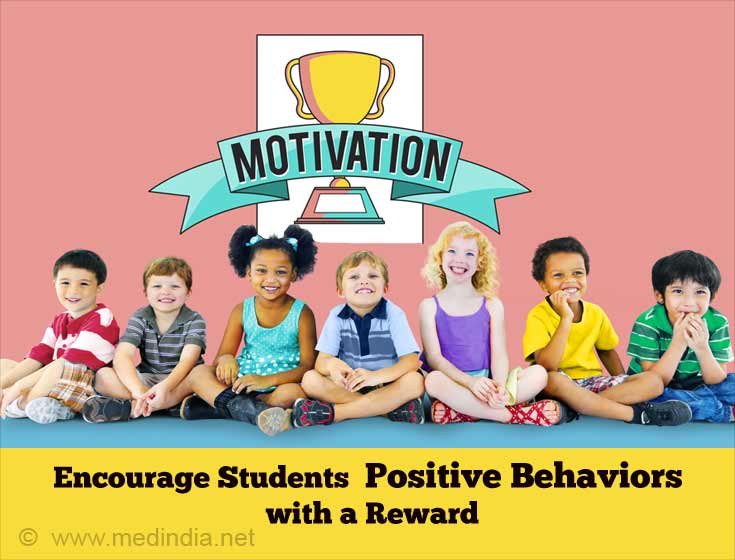 Train staff and students on school rules and policies to prevent and address bullying.

Parents are the first role models for their children. Children look up to their parents in the formative years and try to closely follow the examples set by them. It is imperative that parents be positive, pro-social models who lead by example so that their children learn to be emotionally intelligent and nurture loving relationships with all kinds of people. Parents should help children understand that values like honesty, courage, mercy, love and tolerance are as important as brilliant feats of mind and body.

I agree with all this points

be the first to stop bullying others. Like Jesus said "take the first step that all the rest will follow you". Bullying only brought us sadness and drama, please stop or our society will fall down because our own destruction

Dyslexia
Dyslexia is a reading disability that occurs when the brain does not properly recognize and process certain symbols.

Child Development Academician Says Bullying Is Beneficial To Kids
Helene Guldberg, associate lecturer in child development at the Open University suggests that bullying can help students to learn how to manage disputes

Bullied Early Adolescents are Prone to Self Harm: BMJ Study
Frequent victimization by peers aggravates the chances of inflicting self harm in children.The school and healthcare professionals should devise programs to help children combat self harm tendencies.

Preventive and Interventional Policies May Help Prevent Bullying
Bullying has long been tolerated as a rite of passage among children and adolescents, but it has lasting negative consequences and cannot simply be ignored.

Workplace Bullying
Workplace bullying is physical, verbal or psychological abuse at work. It is a deliberate and disrespectful behavior by an employer, manager or group of people.
Sign up for Wellness Consult a Doctor Sign up for Selfcare
Advertisement
Health Topics A - Z
A B C D E F G H I J K L M N O P Q R S T U V W X Y Z