White fat cells makes up to 20 to 25 percent of body weight in well nourished individuals. It is found around the kidneys, eyes, between muscle fibers and under the skin. Brown adipose tissue is present relatively in small quantities mainly between the scapulae, in the nape of the neck and in the walls of the large blood vessels of the trunk. 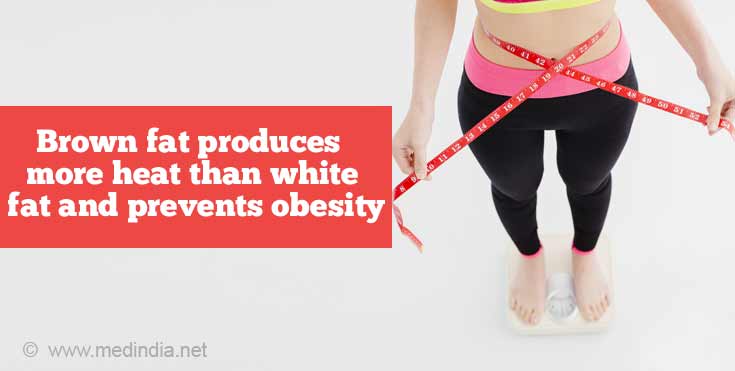 The energy in the body is stored primarily as white fat. Every person has an abundance of white fat which stores calories and causes obesity. But brown fat is different as it actually burns the calories off. It has a more extensive capillary network as compared with white fat cells. The uniqueness of this fat lies in the fact that when the brown fat is metabolized, it produces more heat than white fat and hence contributes towards preventing obesity. There are a larger number of mitochondria (that produces ATP which is the energy producing source in the body) in the cells of brown fat as compared to the white fat.

A possible link between obesity and lack of brown fat has been found. For example, evidence indicates that thermogenesis is somewhere defective in the brown fat deposits of obese individuals.

It was earlier known that babies are born with brown fat which eventually disappears in adults. In 2009, the study done by Cypess demonstrated for the first time that the brown fat is metabolically active in adult humans. It was previously thought that brown fat was present only in babies and children. But their study showed that it is found in between 3 and 7.5 percent of adults, with higher rates among women.

Researchers at Joslin Diabetes Center and Childrens Hospital Boston in 2010 have found that the brown fat in children increases until puberty and then declines and is most active in leaner children. They also say that children aged 13 to 15 have the highest percentage of detectable brown fat and the highest brown fat activity.

Researchers at the Dana-Farber Cancer Institute in Boston have found a protein, C/EBP-beta that can work together with PRDM16 to cause human skin cells to change into brown fat cells. And if the scientists can find a way to use this protein combination to help the body in making enough brown cells to boost metabolism, an effective drug based treatment for obesity could be soon identified.

Recently it has also been found that a substance BMP-7 increases the production of brown fat and protects against obesity in mice. The U.S. Food and Drug Administration has already approved a BMP-7 drug for use in spinal surgery, so the eminent researcher Cypess is on his way to test the drugs effects on surgical patients to see if it boosts brown fat too. In their researches on brown fat, researchers Seale and Cypess say that they envision a brown fat magic pill a drug that could boost the activity of brown fat through molecular means. They stick to the basics saying that such a drug wont obviously provide a quick fix for obesity. But brown fat could help people achieve weight loss goals by burning, say, an extra 500 calories a day.

Very recently a team from Garvan Institute of Medical Research in Sydney has grown brown fat from stem cells biopsied from adults, making the belief stronger that one day it may be possible to grow someones brown fat outside the body and then transplant it. In their laboratory, the scientists led by Dr Paul Lee and Prof Ken Ho, successfully grew brown fat from the biopsied tissue of six patients, only two of whom had scanned positive for presence of brown fat. It is a breakthrough indicating that the growth of brown fat is possible using precursor cells taken from adult humans, under appropriate stimulation. The precursor cells are present in one and all. 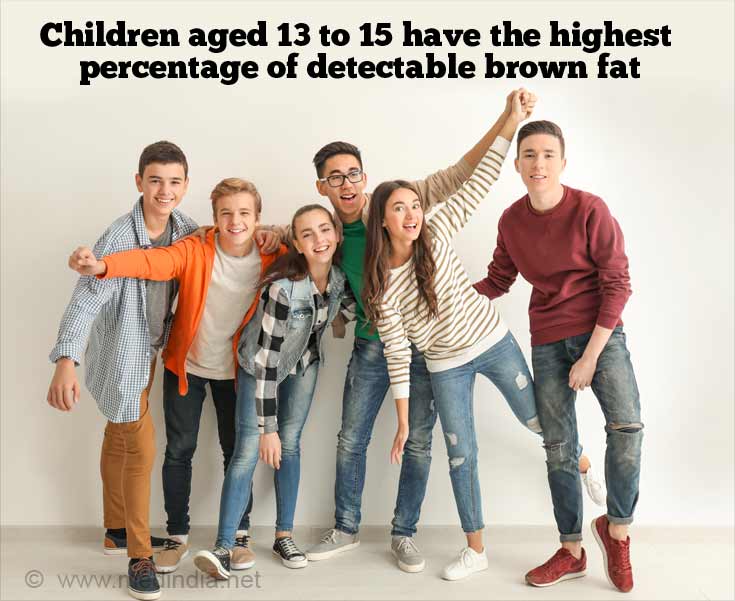 Dr Lee said that under appropriate growth factor and hormonal stimulation, the cells grow and differentiate into mature brown cells. Around 50g of white fat stores 300 kilocalories. In contrast the same amount of brown fat burns 300 kilocalories a day. Such is the magic of this good fat.

Using PET-CT scans of close to 3000 people, the team showed a striking inverse correlation between brown fat and weight. These people also had a significantly lower body mass index as well as lower glucose levels in blood.

With these significant research findings, various methodologies to induce synthesis of brown fat cells in adults could be targeted as an effective obesity intervention in the near future.

Latest Publications and Research on Brown Fat to Fight Flab

Brown Fat and Obesity Treatment Calorie-burning brown fat, the good fat could be used for treating obesity and diabetes, says Cypess, an assistant professor at Harvard Medical School and the Joslin Diabetes Center in Boston

Brown Adipose Tissue can Burn Fat Scientists have brought some good news for the obese, that brown adipose tissue is capable of burning fat.

Yoga - Obesity The problem of excess weight can be effectively dealt with, by the practice of yoga, which helps to shed unnecessary fat and keep the body in shape and in good health.Yoga - obesity cause

How to Lose Weight? Slide show which explains obesity causes and tips on how to lose weight. Exercising before breakfast is most effective for weight loss.

Obesity Obesity is a condition where there is excess accumulation of body fat which poses a risk to the health of the individual. It can affect children and adults.

Battle of the Bulge - Top Five Tips to Fight That Extra Flab The 'battle of bulge' is the toughest of all battles. Once you put on weight it is so difficult to get rid of it. Here are the best tips to fight off that extra flab.
Sign up for Wellness Consult a Doctor Sign up for Selfcare
Advertisement
Health Topics A - Z
A B C D E F G H I J K L M N O P Q R S T U V W X Y Z