What is Brominated Vegetable Oil (BVO)? 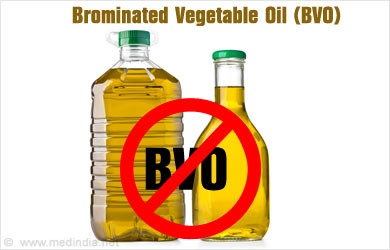 Why is BVO added to soft drinks?

Colas and other aerated drinks are fundamentally acidified and sweetened water with several added flavours and colours. Since many of these additives do not dissolve easily in water, they are first added to vegetable oil and the oil is then mixed with the water to form a homogenous emulsion. Oil has a lower density than water so after a while, the oil in an emulsion starts to separate and float towards the top. Bromide is a heavy element so when it is added to the oil, it prevents the oil from separating from the water and floating to the top of the drink. Mountain Dew, Fanta and Gatorade are three of the most popular drinks that contain this food additive. 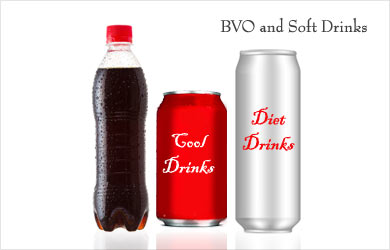 What are the Brominated Vegetable Oil Side Effects?

So why all the hype and what makes Brominated Vegetable Oil dangerous? As of now, the research into the health effects of BVO is limited but it is known that it accumulates in the fatty tissue in the body. Bromine is an endocrine disruptor which means that it can produce adverse developmental, neurological and reproductive effects. When an individual is exposed to high levels of bromine, his body is unable to retain iodine in the way that it should and this iodine deficiency drastically increases the risk of breast, prostate and ovarian cancers. A few people who binged on sodas containing BVO experienced a skin condition called bromoderma which is characterized by an outbreak of pustules and papules while others reported side effects such as: 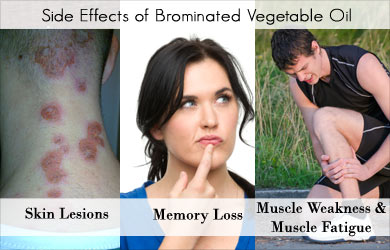 Whats being done about it?

The US Food and Drug Administration first classified Brominated Vegetable Oil as safe but in the 1970s it changed its verdict and gave BVO an interim status which means that it can be included in food products but in limited quantities. Today, BVO is banned in more than a hundred countries around the world.

Label Lingo on Food Items: Decoded Read on to become a "pro" in "label reading" and don't get tricked by fancy promotions of food product manufacturing companies.

Dangerous Food Additives Find out how food additives for almost every food that you consume come with danger signals and make way into your food and impact your health.