Overeating is directly related to weight gain since excess calories consumed eventually turn into fat. Moreover the consequences of obesity and overweight are known to everyone. No wonder, modern science and nutrition experts are constantly looking out for ways to stop overeating.

A new invention on the health gadget sector highlights the bite counter. Just like a pedometer counts aerobic steps, the Bite Counter counts every bite taken. Developed by researchers at Clemson University in South Carolina, the Bite Counter is worn on the wrist. It tracks the wrist roll motion which occurs when people pick up food and put it in their mouth. The device can be set for bite limits for each meal or the entire day so that it rings an alarm on nearing the danger zone of overeating set by the person.

The total calories consumed for the set limit are also calculated using a formula.

The researchers have described the innovative device like a pedometer for eating. Lead scientist Eric Muth says: "At the societal level, current weight-loss and maintenance programs are failing to make a significant impact. Studies have shown that people tend to underestimate what they eat by large margins, mostly because traditional methods rely upon self-observation and reporting. Our preliminary data suggest that bite count can be used as a proxy for caloric count."

The study co-author Professor Adam Hoover highlights the benefits saying that the device is automated and can be used anywhere, such as at home or while working. It requires the user to turn it on before eating and press the button again after the meal. In between, the device automatically counts the number of bites taken.

Both Eric Muth and Adam Hoover believe that keeping track of the number of bites taken during the course of a day can help keep intake at a stable, healthy level, especially if one is not aware of just how much is being eaten.

In laboratory studies, the device has been shown to be more than 90 percent accurate in counting bites. Further testing is being done. It is said that the device is now being tested in 20 subjects for a month. The subjects would eventually store logs of bite-count activities, which will provide researchers baseline data for developing guidelines for new weight-loss studies. The Bite Counter is due to hit consumer markets next year.

Though queries and drawbacks would crop up (e.g., eating by the left and right hand both, taking sips of liquid foods, taking big bites, etc), the above would only gradually be understood and sorted with its usage. Above all, it seems to be a highly promising device for self-discipline and assessment. The research team hopes that the device will eventually be sold alongside gadgets such as heart-rate monitors. 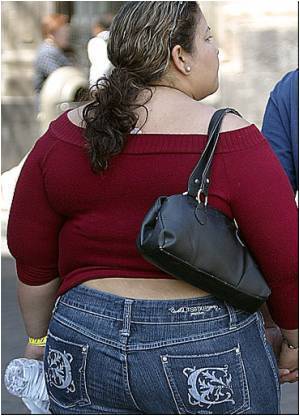 Overeating and Obesity - a Vicious Cycle
Obese people get into a vicious cycle when they overeat to compensate for the decreased pleasure they get from eating, state researchers.
READ MORE 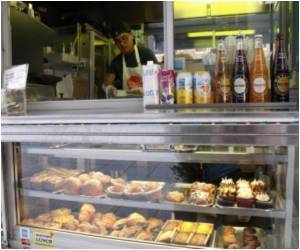 Want to Stop Overeating? Think About Food!
When you face temptation in the form of a pizza or a piece of chocolate cake, just look at it and your overwhelming desire will fade away.
READ MORE