Medicaid and Medicare are two governmental programs that provide medical and health-related services to specific groups of people in the United States. The U.S. Department of Health and Human Services has a division known as Centers for Medicare and Medicaid Services. This division manages Medicare and Medicaid, which are two different programs. 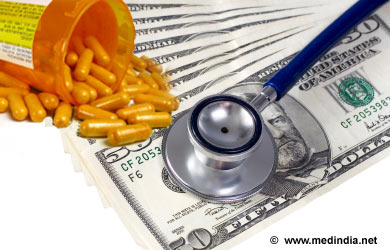 Medicare is a health insurance program administered by the United States government and was established in 1965 under the Social Security Act. It provides health insurance coverage and is available to 3 categories of people namely (a) people aged 65 or older, (b) people under age 65 with certain disabilities, and (c) people at any age with End Stage Renal Disease. It serves more than 44 million enrollees as of 2008. The program costs about $432 billion or 3.2% of GDP in 2007.

Medicaid as a program became law in 1965. It is a jointly funded cooperative venture between the Federal and State governments to assist States in providing medical benefits to low-income and low-resource individuals and families who meet federal and state eligibility requirements. People coming under Medicaid are U.S. citizens or legal permanent residents, including low-income adults, their children, and people with certain disabilities. Poverty alone does not necessarily qualify someone for Medicaid. Medicaid is the largest source of funding for medical and health-related services for people with limited income in the United States. It serves about 40 million people as of 2007 and costs about $330 billion or 2.4% of GDP in 2007.

Together, Medicare and Medicaid represent 21% of the FY 2007 U.S. federal government. On July 30th 1965, President Lyndon B. Johnson signed amendments to the Social Security Act thus creating Medicaid and Medicare.

Latest Publications and Research on What is Medicare / Medicaid?

Critical Care Health Insurance Plan
A critical illness policy is exactly what it says - it is used for when you are critically ill and your health policy may not be enough.
Sign up for Wellness Consult a Doctor Sign up for Selfcare
Advertisement
Health Topics A - Z
A B C D E F G H I J K L M N O P Q R S T U V W X Y Z