Health Insurance Plan - The Best Bet For A Healthy Future

The importance of a timely health insurance plan cannot but be over stressed.

The worst nightmare that anyone can have is when a family member is hospitalized without health insurance coverage. Here is an example

A noteworthy businessmen Mr.Rao always dreamt big. Small and minor achievements seldom quenched his thirst for accomplishing big things in life. Over the years he proved his merit and escalated new heights of success. Coveted awards and accolades flooded him. As a shrewd businessman he was planning for health insurance before the formidable tax month of March. The decision was postponed by a month due to several reasons. Rao was busy with his commitments and the insurance advisor who contacted him was also busy with his clients.

On a sunny morning as Rao was driving towards his office a lorry driven by a drunken driver crashed on his vehicle and he rammed against a wall of a house and lost consciousnessToday Rao is not able to use his hands and legs effectively and within a year his financial position dwindled due to mounting hospital expenses and continued absence from business. None of the insurance companies are ready to give him a health policy at this stage.

We live in the world of uncertainty. Sometimes a seemingly small ailment can turn into a major one. In a moment life can come to a grinding halt if you are involved in a major road traffic accident. And the situation is worse when the earning member of your family is hospitalized! But with a health policy you and your family can be rest assured and have some security!

Poor quality of service is rendered to the citizen by government hospitals while private medicare has become exorbitantly expensive; it is mandatory for a middle class person to seriously consider the option of health insurance.

A major surgical operation of the heart may cost anywhere between two to three lakhs today. Not many individuals can afford to spend out this amount in a short and sudden situation. Even if they have insurance that is reimbursable under their Mediclaim plans the strain on the family can be immense. The option of cashless hospitalization becomes attractive under these circumstances.

The entry of private players has stirred fierce competition, ultimately benefiting the consumer thereby heralding a new era in health insurance. The advent of foreign and private players into the life and general insurance sector has directly resulted in the huge development of insurance market including significant increase in medi-claim insurance. With the Indian middle-class population almost similar to the total population of United States, India looks attractive for business opportunities to international players in this field.

This is the ideal time to look at the health insurance market and make the best of what is available.

The insurance business professionals strongly say that the limitless medical insurance market has not been fully tapped so far due to lack of awareness among the public about the importance of health insurance and also due to the lack of rightly targeted policies from the companies. An appropriate policy has the potential to rope in more than 2 million customers.


My dear friend has sufferd last year from an angioplasty. He wants to take Mediclaim. Will he get exclusion or inclusion for this. I want to know more about this. He is also suffering from diabeties.

wuldn't it b a bigger nightmare when u hav health insurance but it does not cover certain diseases like circulatory disorders and stuff like dat, y pay premiums and fatten des insurance companies dat don't cover all diseases but rather cover diseases dat only suit their convenience

yeah, i agree with mayur, www.apollodkv.co.in is on a rise these days and i even contacted them for family insurance plan 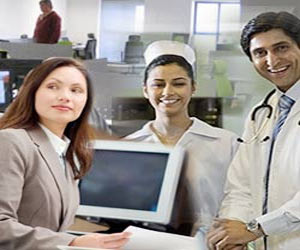 Key Procedures for Filing a Healthcare Insurance Claims
keep yourself well informed about the claim process and avoid frustration of your claim getting refused.
READ MORE