Future Generali is a joint venture between the India based Future Group and the Italy based Generali Group. Generali Group ranks among the top three insurance groups across Europe and is the 30th largest company in the Fortune 500 international ranking. 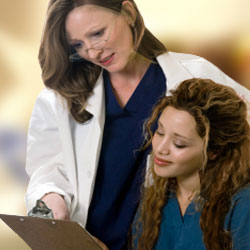 The ratings assigned by the international rating agencies include:

Led by its flagship enterprise, Pantaloon Retail, the group operates over 12 million square feet of retail space in 71 cities and towns and 65 rural locations across India. Headquartered in Mumbai (Bombay), Pantaloon Retail employs around 30,000 people and is listed on the Indian stock exchanges. The company follows a multi-format retail strategy that captures almost the entire consumption basket of Indian customers. In the lifestyle segment, the group operates Pantaloons, a fashion retail chain and Central, a chain of seamless malls. In the value segment, its marquee brand, Big Bazaar is a hypermarket format that combines the look, touch and feel of Indian bazaars with the choice and convenience of modern retail.

Future Capital Holdings, the groups financial arm, provides investment advisory to assets worth over $1 billion that are being invested in consumer brands and companies, real estate, hotels and logistics. It also operates a consumer finance arm with branches in 150 locations.

The Generali Group is a leading player in the global insurance and financial markets. Established in Trieste in 1831, today the Group is one of Europes largest insurance providers and the European biggest Life insurer. It is also one of the worlds top asset managers with assets totaling more than  300 billion. With an employed sales force of more than 100,000 people serving 60 million clients in 65 countries, the Group occupies a leadership position in Western Europe and an increasingly important place in Eastern Europe and Asia.

The Group strategy aims to consolidate Generalis pre-eminence on its key markets and achieve a premier position on markets with high growth potential, establishing its leadership in profitability. The Group is not only the market leader in Italy, but also a primary player in Germany, France, Austria, Spain, Switzerland, Israel and Argentina. Generali is a strong player on markets offering high growth potential. In Central Eastern Europe, in particular, thanks to the Generali PPF Joint Venture, it is one of the primary players. Generali also has Joint Ventures in India and China, where, within a few years after its entrance, it has already become one of the top foreign insurance providers.

An Introduction - Indian General [Non-Life] Insurance Companies
In today's age of consumerism, insurance requirements have expanded to keep pace with the increasing risks.

Health Insurance - Common Terms and Definitions
The key to understanding health Insurance is to become an informed consumer by knowing its definitions, terms and conditions before you plan to buy it.