An insurance claim prepared with the intention to deceive, conceal or distort relevant information that eventually accounts for health care benefits for an individual or a particular group is defined as fraudulent health insurance claim.

Frauds can be committed by anybody  either by a policyholder, a healthcare provider or even its employees. 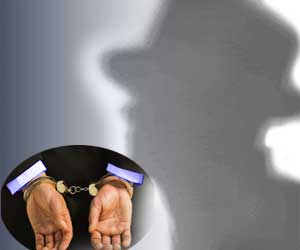 Frauds committed by a policyholder could consist of members that are not eligible, concealment of age, concealment of pre-existing diseases, failure to report any vital information, providing false information regarding self or any other family member, failure in disclosing previously settled or rejected claims, frauds in physicians prescriptions, false documents, false bills, exaggerated claims etc

Frauds by Healthcare Provider or its employees include preparation of bogus claims by fake physicians, billing for products or services not rendered, exaggerated claims submission, billing prepared for higher level of services, modifications or alterations made in submission of claims, change in diagnosis of the patient, fake documentation, and fraud committed by the employees of a hospital or any other healthcare product/service provider in order to make a quick buck.

Fraudulent and dishonest claims are a major morale and a moral hazard not only for the insurance industry but even for the entire nations economy. Concrete proof as evidence including documentation, statements made by the policyholder and his family members and even neighbors are taken into consideration.

The essential components of fraud include intention to deceive, derive benefits from industry, preparation of exaggerated or inflated claims or medical bills and malafide intention to induce the firm to pay more than it otherwise would. Devising innovative methods and tactics including pressure tactics, favoritism, nepotism etc form a part of fraud which is a hazard growing by leaps and bounds since the last decade.

To establish that a fraud has been committed requires furnishing of relevant proof. An in-depth analysis of the policyholders intention may also be taken into consideration.

Statistics in India and USA

According to a recent survey it is estimated that the number of false claims in the industry is approximately 15 per cent of total claims. The report suggests that the healthcare industry in India is losing approximately Rs 600-Rs 800 crores incurred on fraudulent claims annually. Health insurance is a bleeding sector with very high claims ratio. Hence, in order to make health insurance a viable sector, it is essential to concentrate on elimination or minimization of fake claims.

Enactment of HIPAA by USA to deal with Fraud

Due to fraudulent cases especially health claims on the rise in USA, a special legislation was enacted by Congress with the introduction of HIPAA (Health Insurance Portability and Accountability Act) in 1996. This act specially deals with healthcare fraud which is treated as a Criminal Offence accompanied with rigorous imprisonment up to 10 years with additional financial penalties depending on the fraud intensity.