The State Government of Tamil Nadu has introduced a new Comprehensive Health Insurance Scheme for the residents of the state. A sum of Rs.150 crores has been allotted for this. This was announced in the Assembly by the Finance Minister Mr. O. Panneerselvam on 4th August 2011.

The new insurance scheme will replace the previous ''Kalaignar Insurance Scheme'' that covered 642 medical procedures and which expired on 5th July 2011.

The Chief Ministers Comprehensive Health Insurance Scheme is launched through the United Insurance Company Ltd. The United Insurance Company is a public sector Insurer which is headquartered at Chennai; its aim is to provide free medical and surgical treatment in Government and Private hospitals to family members whose yearly income is less than Rs. 72,000/- (as certified by the Village Administrative Officers). This health insurance scheme covers all expenses related to the hospitalization of the beneficiary as mentioned in the Scope of the Scheme.

This scheme will cover 1,016 procedures, 113 follow-up procedures and 23 diagnostic procedures. The cost of tests necessary for treatment would also be part of the insurance cover.

In this scheme free health camps/screening camps will be organized by the network hospitals as per the instructions given by the project director of Tamil Nadu Health Systems Society. At least one camp per month per empanelled hospital will be held in the districts in every policy year.

The State Government would identify an insurance firm for implementing the new insurance scheme. During the interim period, till the insurance firm is selected, those requiring treatment will be allowed under the existing scheme at recognized hospitals limited to the amount fixed under the scheme. The required amount incurred on treatment would be sent directly to the hospital.

Every family member whose annual family income is less than Rs.72,000/- according to Village Administrative Officer or any other person who is eligible for coverage under the "Chief Minister's Comprehensive Health Insurance Scheme" by the Government will be "Eligible Persons" under the Scheme.

The family includes the eligible member and the other members of his or her family as follows:

The prevalent 642 types of surgeries have been reformed with a number of 950 types of procedures permissible in the scheme including the treatment for infants.

All the tests for patients undergoing treatment will be confined to the stipulated amount. Also the amount incurred by the patients for the test undergone through government and private hospitals will be included in the insurance even in cases where surgeries were not done. This was not available in the earlier scheme.

The expenses will be covered, if the patients are recommended to undergo these tests through government hospitals or medical camps; do not need to undergo surgery following the diagnostic procedures.

The earlier scheme does not cover such treatment if the patient does not undergo surgery.

Other additional features in the proposed scheme include cover for expenses incurred by the patient a day before being admitted to the hospital and for 5 days following discharge from the hospital; and cover for treatment that may be needed following surgery. This was not there in the old scheme. The amount required for post operative treatment for certain diseases would be fixed and paid later.

Chief Minister Ms. Jayalalithaa said the system of providing the treatment charges directly to the private hospitals would also be extended to the government hospitals.

Under the scheme, certain medical procedures will be allowed to be performed only at government hospitals which will help in their upgradation. A separate fund is earmarked for the continuation of surgeries which may be needed in selected cases.

There was no provision for that in the previous scheme. This will attract more patients to the government hospitals, she said.

By implementing the new insurance scheme, the people of Tamil Nadu are assured of quality medical facilities, Ms Jayalalithaa added.

The government will focus on improvement of primary health care facilities in urban areas. The 60 centers already sanctioned under the National Rural Health Mission, will be shifted under the administrative and technical control of the Directorate of Public Health. Further, the Urban Primary Health Care centers will be set up in 75 more small urban towns. A super-specialty center, at a cost of Rs.100 crores, would be set up in Annal Gandhi Government Hospital, Tiruchi.

Infrastructure and equipment upgradation has been planned for district hospitals and poison treatment centers at a cost of Rs. 55 crores, under the Tamil Nadu Health Systems Project.

Also, under public-private partnership agreements, diagnostic facilities at the major hospitals will be improved, and state-of-the-art computer aided laboratories established in all districts in a phased manner.

Emergency transportation provided through the 108 ambulance service will further be extended to offering inter-facility transfer for all emergencies.

Additionally, special vehicles will be put into service in tribal and hilly areas, and one vehicle will be provided per district for transporting new born babies.

Other Plans of the State Government

The State Government plans to give a big impetus to healthcare, with accent on modernization and accessibility of services. The Government had proposed an outlay of Rs 4,761 crore for healthcare this year, during the recent Budget session.

Key among its various initiatives is the revamped health insurance scheme and the proposal to convert the new Secretariat complex into a multi-specialty hospital and medical college.

The multi-specialty hospital in Chennai's Anna Salai proposes to provide specialty treatment free of cost to the needy, will house modern equipment; medical experts, nurses and technical staff will also be appointed. The hospital will match the facilities at the All-India Institute of Medical Sciences in New Delhi, said the Chief Minister, Ms. J. Jayalalithaa.

In the recently presented Budget, the State Government had also announced setting up of a super-specialty centre in Annal Gandhi Government Hospital, Tiruchi, at a cost of Rs 100 crore.

Two major schemes, the National Rural Health Mission (NHRM) and Tamil Nadu Health System Project are being implemented to achieve the goal of universal healthcare in the State.

During 2011-12, the Government proposes to spend Rs 900 crore under NRHM. The State Government says it will focus on improving primary healthcare facilities in urban areas as they are inadequate at present.

A Hospital on Wheels' scheme will be launched by the Government to provide healthcare services at the doorstep in remote areas.

The Government also proposes to distribute sanitary napkins free of cost to rural girls. A sum of Rs 46 crore has been provided in the Revised Budget Estimates for this purpose.

A tender inviting bids from insurance company to implement the Chief Minister's Comprehensive Health Insurance Scheme in Tamil Nadu has already been announced.

The coverage will be up to Rs 1 lakh per family per year with provision to pay up to Rs 1.5 lakh per year per family for certain specified procedures.

The Project Director, Tamil Nadu Health Systems Society, will pay the insurance premium on behalf of the eligible persons to the successful bidder. The premium will be paid every year in 4 quarterly installments.

Thatâs a good initiative by the government. Currently where medical expenses are so costly, health insurance is the source that makes its affordable. Thereâs one Royal Sundaram health insurance article http://vishaljain.livejournal.com/2208.html that I came across that explains the features of the health insurance very well. Felt like sharing it as this read might help the individuals who are looking for a plan or are unaware about the subject itself.

how to enroll for the xcheme 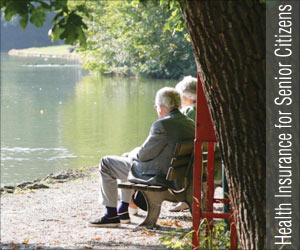 Health Insurance for Senior Citizens in India - General Guidelines
An insight into the health insurance schemes and policies as promoted by the Government.
READ MORE 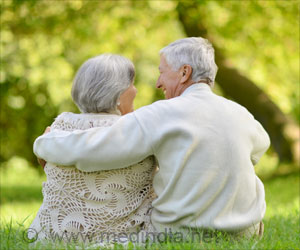 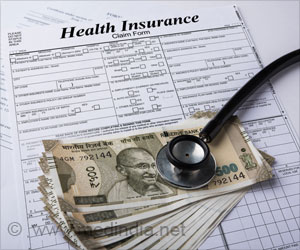 State Health Insurance Programs
The state health insurance programs provide health care support to the below poverty line (BPL) population with each state having its own scheme or relief fund.
READ MORE