Understanding the Ovulation Calendar helps women in family planning practice by charting out the exact day of ovulation. This information is vital for both planning pregnancy and avoiding unwanted pregnancies. Ovulation occurs only on one day in the menstrual cycle of a woman followed by menstruation after 2 weeks. However, ovulation time from the start of the menstrual cycle can vary.

Ovulation calculator is most useful for women whose menstrual cycles are usually regular. Just enter the first day of your last menstrual period and the length of that cycle.
Once this data is available, the calculator will provide you with the information about the approximate day of ovulation and the days on which you are most fertile for pregnancy. Good Luck with your calculation!! 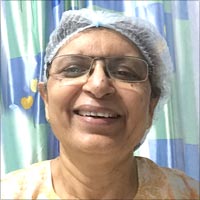 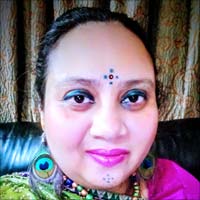 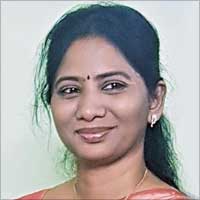 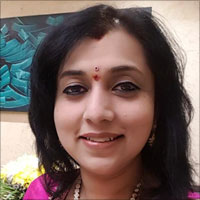 View All Obstetricians and Gynaecologists (OB/GYN)

Are you a bit mystified about your ovulation? Want to know more about ovulation and fertility?

Comments should be on the topic and should not be abusive. The editorial team reserves the right to review and moderate the comments posted on the site.
nikie, Pakistan

I was trying to get pregnant but none of article really helped. However. one of my friend asked me to see the article to get pregnant. I never say no as always said yes and saw, Thanks to her to show me such a great site.

I have had unprotected sex with my boy friend on 21th August.My period start from 13 to 15 August.However,I got depo provera shot on 20th August.When I asked my doctor if there is any extra contraception need,she said No need.I am so worry I could get pregnant.Right me both me and my Bf has no intention to get baby.Is there any possible way to stop any pregnant to my issue.It will be appreciated for any suggestion.Please.

Now Plan your Good Pregnancy as you like with home check ovulation kit. You can now choose your time and date of pregnancy.
OR
Visit company site where you can get the all information with ovulation video and you can buy it.
Just write in Google HOME CHECK OVULATION KIT

The term stillbirth is used when fetal death occurs after twenty weeks of pregnancy. A change in fetal movement could provide indications of fetal distress or even death.

Period or Menstrual Cycle Calculator informs you of expected date of next 3 menstrual periods and helps find if you have missed your period. Use this tool to plan special occasions and track ovulation.

Ovulation in females is necessary for a woman to get pregnant. Test your knowledge on ovulation by taking this ...

Ovulation is a natural phenomenon that forms part of the female reproductive cycle. Hence, problems with ovulating not only make conception difficult, but also cause unneeded physical and psychological difficulties to women. To understand how ...

Tubectomy is surgical procedure for permanent contraception to prevent future pregnancies in women.

Detailed look at Early pregnancy Symptoms and easy health solutions during 1st, 2nd and 3rd trimester of pregnancy. With an addition of an online pregnancy due date calculator.

Ovulation is the time when an egg or ovum is released by female ovary, usually midway during the menstrual cycle. The ovulation calendar helps to calculate the time of ovulation.

Pregnancy is a time when a female blossoms into a woman with an experience never felt before. Here are a few self-care tips for pregnant mothers that will help them during their pregnancy.

Medindia's Pregnancy due-date calculator predicts the expected date of delivery of your baby.

Are you pregnant? Use Medindia's simple and useful calculator to find out whether you are pregnant or not.