Winking is the rapid closing and opening of one eye to convey a message, suggestion, or signal. It is the most universal non-verbal communication in the form of a facial expression that has been reported since biblical times. Winking may be done as a joking spirit or might suggest a feeling of friendliness, affection, or greeting. In certain cases, depending upon the situation and associated body language, it might also signal a sexual interest.

Winking differs from blinking which involves rapid closing and opening of both eyes.

Anatomy & Physiology of the Extraocular Muscles of the Eye in Brief

Muscles in the upper eyelid, that control the opening and closing of the eye are the orbicularis oculi and levator palpebrae superioris (LPS) muscle. The levator palpebrae muscle causes opening of the eye while the orbicularis oculi closes the eye. The Müllers muscle in the upper eyelid and the inferior palpebral muscle in the lower eyelid cause widening the eyes. These muscles are responsible for blinking, squinting and winking. The inferior palpebral muscle is coordinated with the inferior rectus to pull down the lower lid when one looks down.

There are certain medical conditions like Marcus Gunn Jaw-winking Syndrome and hemifacial spasm, where winking occurs unintentionally. While the prevalence of the former is unknown, the approximate prevalence of the latter is 10 per 100,000 populations. However, this is a gross underestimation, since the majority of cases do not report to a health facility and therefore go undetected.

What are the Different Types of Winking?

The act of winking can have different connotations, that depend on the attitude and body language of the persons involved. Some of the different types of winking are briefly highlighted below:

Secretive Intention: A wink may mean that the winker is harboring a secret intention that he/she is reluctant to convey verbally to the receiver. Usually the receiver is unaware of the intentions of the winker. Besides the single wink, there may also be a double wink (wink wink) which can have an altogether different connotation.

Flirtatious Signal: A wink may indicate that a person is interested in flirting. This is the most common perception of a wink. Flirting may be harmless and done jokingly, or it may mean something deeper, including expression of a sexual desire, depending upon the situation and context.

Jocular Intent: This type of winking is seen in office parties or social gatherings. A particular person is targeted and teased by another person who winks jokingly. This is likely to hurt the receiver unless he/she takes it sportingly and in good humor.

Mutual Bonding: This particular type of wink conveys a sign of bonding or solidarity between two persons, even in seemingly difficult situations. This gesture has the effect of making the atmosphere lighter so that interaction can occur smoothly.

Mutual Trust: This type of wink conveys a feeling of mutual trust between two persons. The winking is usually accompanied by a sound made with the tongue and gums. It signifies emotional mutual agreement, dependency, and trust.

Medical Condition: Winking can be completely unintentional. This type of winking occurs when a person has an underlying pathological condition. For example, an undiagnosed neurological problem (Tourette syndrome) might be the cause of the winking.

This is a million-dollar question. Since the act of winking has existed since the advent of recorded history, it may have been instinctive, but its meaning and interpretation have changed with the advancement of time and societal norms. Even a few years back one could not have imagined winking using an emoji in a text message, which has now become the latest trend, particularly amongst teenagers.

Whatever the mode of winking, this form of non-verbal communication conveys certain emotions, feelings, or intentions. These vary with the context and culture, amongst other things. A few connotations of winking that could answer the above question are briefly listed below:

Latest Publications and Research on Why Do We Wink? 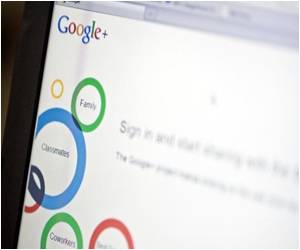 High-tech Contact Lenses With Telescope Help Boost Vision
Contact lenses of 1.55 millimeter-thickness that contain an extremely thin reflective telescope to boost vision, which zooms in and out with the wink of an eye are being developed by researchers.
READ MORE

Promising Technique To Restore The Ability To Wink And Smile
Scientists have now developed a technique for people who lose control over their facial muscles.
READ MORE
Sign up for Wellness Consult a Doctor Sign up for Selfcare

Why Do We Wink? - Related News