The next section visited was the Artemis lunar exploration program. NASA is committed to landing American astronauts, including the first woman and the next man, on the Moon by 2024. Innovative new technologies and systems will be used to explore more of the Moon than ever before. There will be collaboration with commercial and international partners to establish sustainable missions by 2028. This will result in the next giant leap - sending astronauts to Mars. It was fascinating to see feel and touch giant prototypes of spaceships that would go to Mars with humans on board. I got the impression that the entire team involved in this did not bother that this may happen 10 -12 years later and that there would be hundreds of issues to be addressed. They were all working as if the countdown had already started - actually it has! Most important it was apparent that everyone was passionate and genuinely believed that this would happen. NASA has no disbelievers.

This center was on another campus 12 km away. The Neutral Buoyancy Laboratory (NBL) is an astronaut training facility(Fig 1).

The NBL's main feature is a large indoor pool of water,in which astronauts may perform simulated EVA(Extra-Vehicular Activity) tasks in preparation for upcoming missions. Trainees wear suits designed to provide neutral buoyancy to simulate the microgravity that astronauts would experience during spaceflight. It was news to me that an astronauts spacesuit costs 25 million US$ and weighs 250 lbs. They are not tailor-made or customized but made in three sizes.

The diving tank contains full-scale mock-ups of International Space Station (ISS) modules and payloads, as well as visiting vehicles such as the Japan Aerospace Exploration Agency (JAXA) HTV, the European Space Agency ATV, the SpaceX Dragon, and the Orbital Sciences Corporation Cygnus. During training exercises, neutral-buoyancy diving is used to simulate the weightlessness of space travel. To achieve this effect, suited astronauts or pieces of equipment are lowered into the pool using an overhead crane and then weighted in the water by support divers so that they experience minimal buoyant force and minimal rotational moment about their center of mass. The suits worn by trainees in the NBL are down-rated from fully flight-rated EMU suits like those in use on the Space Shuttle and International Space Station. Divers breathe nitrox while working in the tank.

One disadvantage of neutral-buoyancy diving as a simulation of microgravity is the significant amount of drag created by the water. This makes it difficult to set an object in motion and difficult to keep it in motion. It also makes it easier to keep the object stationary. This effect is the opposite of what is experienced in space, where it is easy to set an object in motion, but very difficult to keep it still. Generally, drag effects are minimized by doing tasks slowly in the water.

Another downside of neutral buoyancy simulation is that astronauts are not weightless within their suits, meaning that as divers tilt their suits they are pressed against whatever inside surface is facing down. This can be uncomfortable in certain orientations, such as heads-down. Thus, precise suit sizing is critical.

It was mind-boggling to see a young Canadian lady trainee astronaut 30 ft underwater wearing a 250 lb space suit opening and closing the entrance door of the ISS and also carrying out various tasks. I was told that she has been doing this for the last 5 hours! 15 minutes later she emerged to the surface. A 'rescue team' effortlessly removed the oxygen cylinder and the spacesuit. Two hyperbaric deep-sea diving medical experts would evaluate various physical parameters in great detail. Incidentally, through telemetric remote monitoring, they had been doing this ever she had entered the pool. She graciously agreed to have a photo with me. The smile on her face shows the amazing physical and mental stamina- and here I was already tired just walking around and observing.

All good things must come to an end.

The inimitable Dr. Tarver dropped me back where he had picked me adhering to time, Punctuality obviously is in the DNA of all NASA staff. Thank you, Bill - may your tribe proliferate.

Who knows perhaps one day I will also witness India's first Vyomanuts blast into outer space from Sriharikota as part of The Gaganyaan mission. Till then, Au revoir !!! 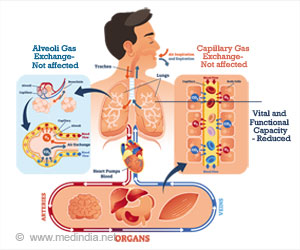 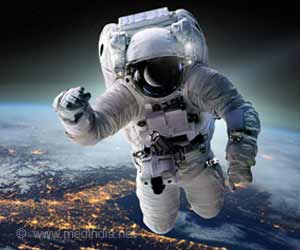