What is Vampire Facial & Who Invented It?

Although the term vampire facial is a bit scary, it has no relation to vampires and it is named so perhaps because your own blood is used for the facial treatment.

The blood facial treatment became famous due to Kim Kardashian, who posted a selfie of herself on Instagram with her face covered in her blood following the facial treatment. The picture, although initially shocking, became a trendsetter in facial anti-aging treatments, with several celebrities following suit to make their skin look younger and glowing.

Interestingly though, Kim decided never to have a vampire facial again, but says that it may probably suit others better: Even though it wasnt for me, I know it has so many benefits for your skin, she says.

The term vampire facial was first coined and patented by Dr. Charles Runels, MD, a plastic surgeon from Mobile, Alabama, USA. The technical term for this treatment is a platelet-rich plasma or PRP facial, although both terms are used commonly.

How does the Vampire Facial Work & What Are Its Benefits?

As stated earlier, during a vampire facial, once a sample of your blood is drawn, it is spun in a centrifuge to separate out the liquid portion of the blood or plasma. The platelets are then extracted from the liquid plasma and the sample is concentrated to obtain what is called platelet-rich plasma (PRP). 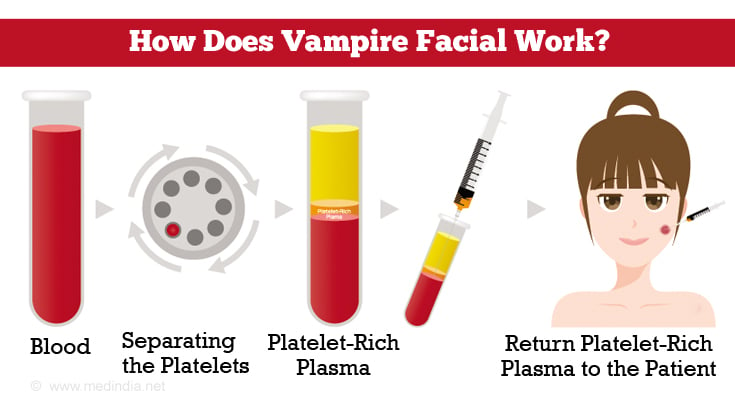 The procedure is done by a medical team led by a dermatologist. The plasma is first applied on your face and then microneedling is done to create a series of tiny superficial pores across the cheeks and forehead to help the face absorb the proteins from the plasma.

The platelet-rich plasma is rich in growth factors that promote collagen development and improve skin tone and texture. It is believed that the platelets and growth factors induce a healing response which rejuvenates the skin over time. The various benefits of this procedure include the following:

What are the Side Effects & Possible Demerits of Vampire Facial?

Some of the side effects of vampire facial are highlighted below: 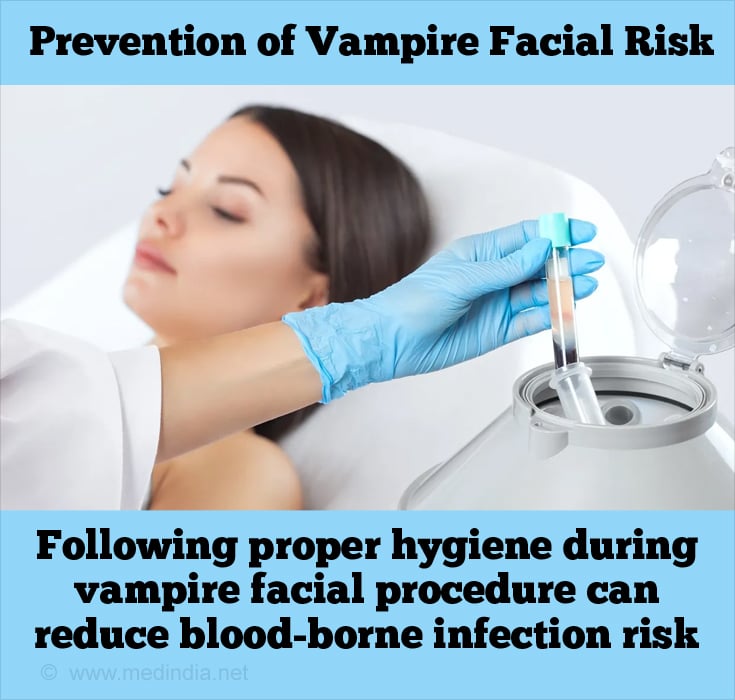 Vampire facial is a safe technique and can be performed on all skin types. However, always consult an expert before undergoing this procedure to confirm if the procedure is suitable for you. Go only to licensed medical spas or beauty salons where the procedure is done or supervised by a certified medical professional.

Performed properly and followed by adequate aftercare, the vampire facelift enhances the texture, volume, and irons out the wrinkles and lines, giving the skin a youthful look while avoiding more invasive and highly expensive plastic surgery. The effects will be visible within a few days and continue to become even better over the following weeks.

Anti-aging Secrets to a Younger You
Is there anyone in this world who fails to be swayed by the magic of youth? None, for when youth explodes joyously all Nature smiles!

Wrinkles and Anti-Wrinkle Treatments
Anti-wrinkle treatments are for the repair of deep wrinkles, crow's feet and aging, for youthful skin. The procedures are laser wrinkle removal, anti wrinkle creams and other anti aging products.

Plasma Treatment for Hair Loss - Frequently Asked Questions
Do you know which doctor should you consult for platelet-rich plasma therapy. This and other commonly asked questions about this condition.
Sign up for Wellness Consult a Doctor Sign up for Selfcare
Advertisement
Health Topics A - Z
A B C D E F G H I J K L M N O P Q R S T U V W X Y Z