When it comes to pain relief, over-the-counter medicines or prescription drugs may not be the only option you have.

What follows is a list of 15 top natural painkillers that are readily available and produced in plenty by mother nature.

1. Chamomile is ground apple and can be consumed in two ways  chamomile tea or essential oil.

Chamomile has antiseptic and antibiotic properties and is applied topically for pain relief from headaches and pain in muscles and joints. Chamomile tea is consumed for general relaxation.

2. Turmeric is a popular herbal spice used in India and some Asian countries, in dishes like curry. It is found to have 
Turmeric can be three times more effective in giving pain relief than aspirin and ibuprofen. Topical application of turmeric at the site of wound also acts as an antiseptic agent.

Turmerics active ingredient is curcumin and it interferes with the action of an enzyme that produces pain-producing hormones. Regular use of turmeric, about ¼ teaspoon added into any rice or gravy can help in alleviating pain due to arthritis and fibromyalgia. It is also used to relieve congestion due to flu.

3. Cloves  Clove oil is one of the best herbal supplements to be used to relieve nausea and is a natural pain reliever for toothache and gum inflammation.

Chewing clove for toothache or keeping a clove in the mouth for nausea helps relieve the symptoms. Topical application of clove oil can be effectively used against fungal infections.

Eugenol, the active ingredient in clove oil, is a natural blood thinner and is shown to protect against cardiovascular disease by inhibiting abnormal blood clotting.

4. Willow Bark  Salicin, the active ingredient in white willow bark can help ease inflammation. It is consumed in the form of tea, liquid supplement and capsule. It alleviates headache, backache and pain due to osteoarthritis. However, like aspirin, excess salicin is known to increase risk of bleeding.

5. Rosemary is a herb used to add flavor to dishes such as chicken and lamb and is available in the form of dried powdered extract to be used as a flavoring agent and fresh leaves for use in making tea.

Rosemary is not only nutritious being rich in vitamin B6, iron and calcium, but also has benefits like being antioxidant, anti-inflammatory and improving digestion.

It is anti-spasmodic and relieves pain from muscle spasms and cramps. Applying a decoction of rosemary to the temples of the head or smelling the aroma of the herb is known to have reduced migraine symptoms.

6. Feverfew, a herb that is used against several conditions like arthritis, psoriasis, asthma, dizziness and nausea, relieves several types of pains such as headache, stomach and tooth ache, migraine and pain due to rheumatoid arthritis.

Feverfew has some unwanted side-effects too and the most important one is canker sores, small and shallow ulcers in the mouth.

Consuming feverfew is not recommended for pregnant women or those who are allergic to the herb.

7. Lavender essential oil comes from the lavender flowers and is antispasmodic, anti-inflammatory and alleviates pain.

It also has a positive effect on mental and emotional states. The scent of lavender oil is a relaxant that improves mood and relieves stress.

It also helps relieve congestion due to cold and sinusitis.

As a pain reliever, it helps in treating pains due to sore muscles, rheumatism and sprains. It also helps in reducing joint pain and back pain.

8. Holy Basil a medicinal herb, is one of the important ingredients of ayurvedic medicine as it has anti-inflammatory properties, antioxidant elements and is analgesic. It is known to regulate the creation of stress hormones like cortisol and adrenaline.

9. Devils Claw (Harpagophytum procumbens) is a herb that can be used for its anti-inflammatory effects and can alleviate the pain due to arthritis, low back pain and headache.

10. Ginger Health Benefits of Ginger the root herb used to flavor food items, is known to ease joint and muscle pain. The phytochemicals present in the ginger prevent the production and release of pain-triggering hormones. It reduces inflammation and therefore the related pain also.

Ginger is also used to relieve nausea and morning sickness. It can be had as dried ginger or freshly chopped herb to spice up the curry. Ginger is added to the regular tea to increase its flavor.

11. Cherries  Anthocyanins are the phytonutrients found in cherries that help in reducing pain by inhibiting pain enzymes.

It is mainly used to relieve pain due to arthritis, joint pains due to gout and muscle pain due to intensive exercise. Cherries are also known to provide powerful cancer defense and neuroprotection.

12. Capsaicin  Capsaicin is an active ingredient found in chilli peppers like capsicum. It is known to be a natural remedy for neuropathic pain and diminish soreness.

Capsaicin works by desensitizing nerve receptors that cause the pain response. Cluster headache can be treated by applying capsaicin cream into the nasal passages and direct application for neuropathic pain can alleviate the pain for as long as 10 to 12 weeks. Capsaicin is also consumed as a dietary supplement and capsaicin patches are used as topical treatment for wounds and preventing bacterial infections.

13. Cranberry Juice  A dark red berry that grows on a shrub, cranberry is known to be used for prevention and treatment of urinary tract infections (UTI).

It is also effective against type 2 diabetes, chronic fatigue syndrome, heart disease, metabolic syndrome and other conditions. Cranberry juice is known to reduce burning sensation in urine due to infection.

It also improves digestion and helps in treatment of cold and flu. It is known to ease muscle and joint pain, chronic nerve pain, headaches, arthritis pain and PMS symptoms.

Birch leaf is known for its anti-spasmodic effects apart from its analgesic, antifungal, diuretic, astringent and detoxifying effects. It promotes secretions of useful enzymes in the body and is one of the most powerful pain-relievers.

It is very important to treat the cause of the pain rather than the pain itself. Many conditions that cause pain like headaches are not life threatening. In these situations natural painkiller can be easily tried before taking a tablet. Opting for natural remedies for pain relief with minor changes in diet can go a long way in easing all types of chronic pain such as arthritis.

Not all natural painkillers are safe for all conditions. For instance, cloves and willow bark are not recommended during pregnancy as they have blood thinning agents in them.

Using the natural herbs judiciously and sometimes with caution is a good way to alleviate pain.

Natural Home Remedies offers you herbal method to treat toothache effectively. Follow these simple home remedies and tips to get rid of toothache.

Home Remedies to Manage Back Pain

Back pain is discomforting. It can be tough to perform daily activities while experiencing back pain. Here are some remedies that help you manage back pain at home.

Shoulder pain is due to over stress of the muscles and joints in your shoulder. Shoulder pain is a symptom in conditions like frozen shoulder, tendinitis, dislocation of joint, bursitis, and rotator cuff tear.

The healing effects of yoga benefit those suffering from backpain, by alleviating their pain and also preventing its recurrence.

The analgesics you are taking may cause debilitating side effects. Take this quiz on painkillers, know your NSAIDs and ... 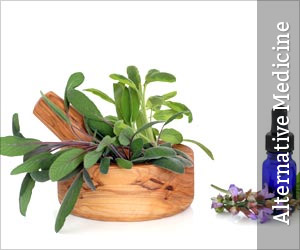