What is Thyroid Profile?

There are two main thyroid hormones produced. Thyroxine also called T4, because it contains 4 atoms of Iodine, and Tri-iodothyronine or T3, which contains 3 atoms of Iodine. T4 is converted to T3 by the removal of one iodine atom. These two hormones are regulated by a third hormone that is produced by the pituitary gland called Thyroid Stimulating Hormone of TSH.

The pituitary gland is an endocrine gland that regulates many hormones of the body and is located at the base of the brain. Its size is that of a pea and it weighs only 0.5 grams or 0.018 or. There is also another hormone related to the control of calcium called calcitonin produced by the thyroid gland.

How does a Thyroid Gland Function?

The thyroid gland plays a very important role in our body's metabolism that is, how our body's cells convert nutrients to energy. The thyroid hormones regulate our body temperature, heart rate, breath rate and mood. It is also needed for brain maturation of an infant, bone growth, and for controlling our blood sugar and cholesterol levels in the body. Both T4 and T3 are spilled into the blood from there they go to various organs. T4 is produced in larger amounts than T3. In the target organ, the T4 getsconverted into T3. The T3 is the active form of the hormone that carries out the metabolic functions in the cells of the body.

As mentioned earlier the amount of thyroid hormone made by the Thyroid gland is controlled by the pituitary gland in our brain(also called the master gland). The pituitary senses the amount of thyroid hormone levels in our blood. We can think of the communication between the pituitary and thyroid glands like the one between a thermostat and heater. Like how a thermostat senses the temperature in the room and switches the heater on and off. 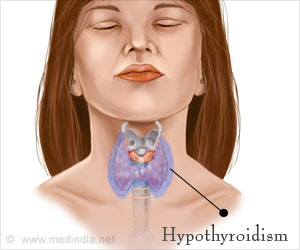 Menstrual Periods
An understanding of the causes of menstrual period abnormalities is necessary for correct diagnosis and effective treatment.
READ MORE
Sign up for Wellness Consult a Doctor Sign up for Selfcare