What is Spinocerebellar Ataxia?

Spinocerebellar ataxia (SCA) is a progressive, degenerative, genetic disease that has multiple types. It is characterized by slowly progressive incoordination of gait, often associated with poor coordination of the hands, speech, and eye movements.

Structure and Function of the Cerebellum in Brief

Both clinical observations and experimental evidence have established that the cerebellum is primarily responsible for motor coordination. Every movement of the body parts need to be carefully timed and coordinated. Consequently, the movements are smooth and regulated. These functions are very crucial yet so precise that they are not noticed, except by the trained eye. The importance of the cerebellum becomes evident during disease or injury, when various movement disorders are observed, such as in SCA. Patients having a damaged cerebellum have problem in keeping balance and maintaining muscle coordination.

What are the Types of Spinocerebellar Ataxia?

There are many systems of classification of SCAs. One such classification system, proposed in 1993, has divided these disorders into autosomal dominant cerebellar ataxia types I, II, and III.

What are the Causes of Spinocerebellar Ataxia?

SCAs are inherited from parents to offspring. The defective genes are passed on to the children and therefore, these gene mutations are present from birth. The pattern of inheritance is autosomal dominant inheritance.

What are the Symptoms of Spinocerebellar Ataxia?

The symptoms of SCA generally vary with the specific type involved. The symptoms can also vary from patient to patient. Generally, it is characterized by clumsy movements and progressive deterioration in physical ability, although the patient may retain full mental capacity. Although the symptoms generally appear in the third decade of life, they can also appear during childhood or in old age.

The specific symptoms of SCA are highlighted below:

Which Investigations are Recommended for Spinocerebellar Ataxia?

The diagnostic strategy primarily focuses on

The former uses the techniques such as Computed Tomography (CT) scans or Magnetic Resonance Imaging (MRI), while the latter uses genetic testing.

CT and MRI scans show a visible shrinkage or atrophy of the cerebellum in spinocerebellar ataxia.

What are the Treatment Options for Spinocerebellar Ataxia?

There is currently no specific treatment for SCA, which is a progressive disease that deteriorates over time. However, not all types cause equally severe disability. Specific treatments may become available in the future with further ongoing research.

Currently, the treatment is symptomatic and is aimed at alleviating the symptoms only, without any scope of treating the disease itself. A patient suffering from SCA will likely become wheelchair bound for life and require help for performing daily tasks.

Some of the strategies for managing SCA patients under various circumstances are briefly highlighted below:

It should be noted that besides ataxia, many patients may exhibit other symptoms as well. These include depression, stiffness, tremor, spasticity, and sleep disorders. For these conditions, standard medical treatment can be given to alleviate the symptoms.

Can Spinocerebellar Ataxia be Prevented?

Todays medical technology is not adequately advanced to prevent SCA. However, technology is available to accurately identify the mutated gene in a patient with SCA. The next step is to correct this gene defect, which requires gene therapy. Gene therapy is still in its infancy and primarily confined to the research domain. However, it is hoped that in the near future, it will be possible to replace the defective gene with its healthy counterpart, and this could be done even before the disease manifests.

Exome Sequencing More Efficient to Diagnose Neurogenetic Disorders
Exome sequencing is more efficient and less costly than the type of genetic testing that has been more commonly used; it greatly improves speed and accuracy.
READ MORE 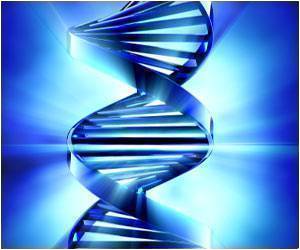 Using Advanced Technology to Better Understand Ataxia
The genetic makeup of ataxias is being studied by scientists to better understand the different forms of ataxias and how it affects patients.
READ MORE 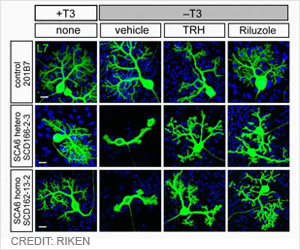 Ataxia
Ataxia affects coordination. Gait becomes unstable and the patient loses balance. The cerebellum or its inputs and/or outputs are affected.
READ MORE
Sign up for Wellness Consult a Doctor Sign up for Selfcare