"A sense of the unknown has always lured mankind and the greatest of the unknowns of today is outer space. The terrors, the joys and the sense of accomplishment are epitomized in the space program." - William Shatner, Actor

Space exploration has captured our imagination and advanced human knowledge for nearly 60 years. From 1961 to June 2018, 561 individuals from more than 40 countries have been to outer space, on over 1,230 spaceflights, with a total of 46,947-person days in space.

Seventeen nonfatal yet severe medical emergencies have been documented during spaceflights.

Several private organizations have announced plans to commence space tourism. When billionaire and private citizen Yusaku Maezawa takes his planned trip around the Moon on a SpaceX Big Falcon Rocket in 2023, several health issues will need to be addressed.

A trip to Mars, of course, will be an extraordinary challenge to the human body.

Huge amounts of time, money and effort will have been invested in such a mission; therefore, an astronaut being grounded, or a mission is aborted due to ill health will be unacceptable. Space tourists are less likely to be super healthy, as is expected of astronauts. Future missions to space would involve long-term travel beyond the magnetic field of the Earth, subjecting astronauts to radiation hazards posed by solar flares and galactic cosmic rays, altered gravitation fields and physiological stress. It is unlikely that there will be immediate clinical applications on earth due to the development of Space Medicine. However, knowledge of clinical changes due to microgravity, radiation, isolation, disturbance in circadian rhythms and hostile environment in space on various biological systems and behavioral problems in long duration spaceflight will eventually offer additional insights into how the human body functions on Earth. 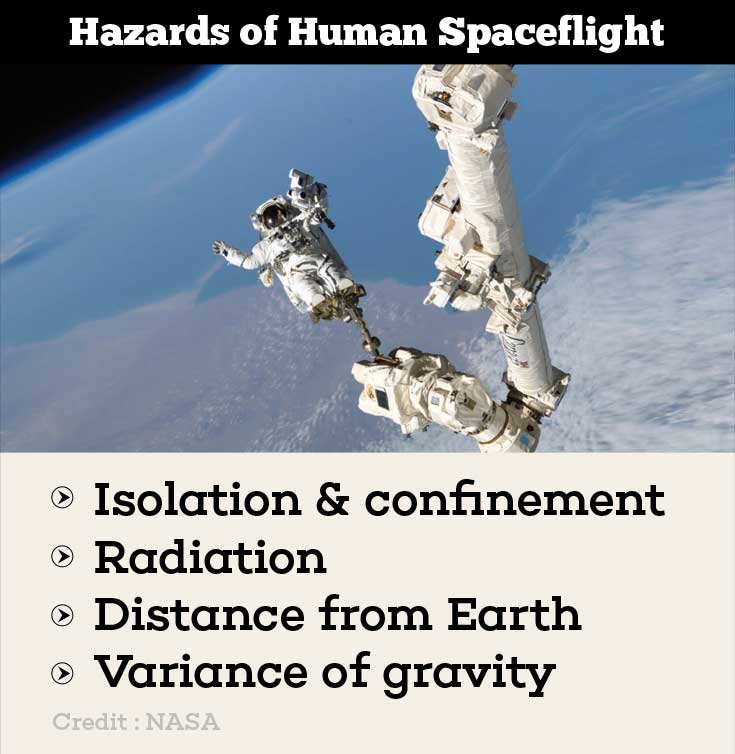 At least 1770 innovations have already been attributed as spin-offs from work done by NASA in making human space travel a reality. The human mind will be forced to think out of the box and question even fundamentals.

India is a paradox,it has more mobile phones than toilets and has a long way to go even to reach the Millennium Development Goals. However, its Mission to Mars was one of the most successful, cost-effective accomplishments that made the world take notice its capabilities. India can also boast of some outstanding healthcare centers of excellence that are better than the best and it wont be an exaggeration to say that in many subspecialties, the world will soon be talking of achieving India class and not world-class.

India has been a member of an exclusive SPACE Club for over a decade. ISRO has started in right earnest its ambitious project of sending three Indians on a Low Earth Orbit for 5 -7 days within the next 24 months.

Health of the Vyomanauts  the Indian term for cosmonauts/astronauts (Sanskrit word "vyoman" meaning sky) is obviously of paramount importance. Closely monitoring health parameters in real-time and providing health care to Vyomanauts 200 km above the Earths surface will soon be a reality in India.

The question often asked is to justify the spending of INR 10,000 cores for sending 3 Indians to Space, when clean drinking water is still not available in many parts of the country. However, one needs to understand that the Gaganyan mission is not an ego trip. Gaganyaan in Sanskrit means a "Sky Vehicle." In todays context, it is an Indian crewed orbital spacecraft intended to be the formative spacecraft of the Indian Human Spaceflight program. The spacecraft is being designed to carry three people, and a planned upgraded version will be equipped with rendezvous and docking capability. One is reminded of the Pushpaka Vimana, a flying chariot that has been mentioned in the Hindu epic Ramayana several millennia before the Wright Brothers were even born.

My personal venture in Telemedicine twenty-one years ago, though fascinated me, it created boisterous guffaws among my colleagues. Today Telehealth has been recognized as the most important tool to achieve health for all in the world and has now become incorporated into the core of the health care delivery system by most advanced countries. Similarly, my confidence with Space Medicine is that it will eventually lead to better health care due to the spin-offs that will occur from the innovative requirements and necessities for delivery of Space Medicine. Necessity is the mother of invention will come true once more.

I belong to the BC era - the last set of neurosurgeons in India who were trained before even the CT scan was available. It has been my privilege over the last four and a half decades to see the growth and development of Healthcare in general and Neurosciences and Telemedicine, in particular not only from the periphery but also from center stage. Today India no longer needs just to follow the West. The stage of riding piggyback is over. We do not even leapfrog. After all, how much can a frog leap? We pole vault. Mark Twain had once remarked the future is always ahead of schedule. The future is not tomorrow, not today it was yesterday. Many of us are afraid of the future. We cling desperately to the present, not realizing that we have already become the past.

I wish to place on record my thanks to Dr. Thais Russomano, Editor of this section for introducing me to the fascinating world of space medicine. I am optimistic that in my lifetime, I will see Space Medicine become a reality in India. When the Indian Society of Space Medicine will be launched in 10 years and Medindia can with justifiable pride claim to have looked into the crystal ball and predicted the future!!

My team will contribute to Medindias exciting space medicine section, a series of interesting articles, blogs, news, facts and titbits. We will keep you all updated about the happenings in this newly emerging field of medicine as we understand its challenges and work out the best possible solution. Your feedback is important to us and we look forward to this journey into the future.

"Life, forever dying to be born afresh, forever young and eager, will presently stand upon this Earth as upon a footstool, and stretch out its realm amidst the stars." 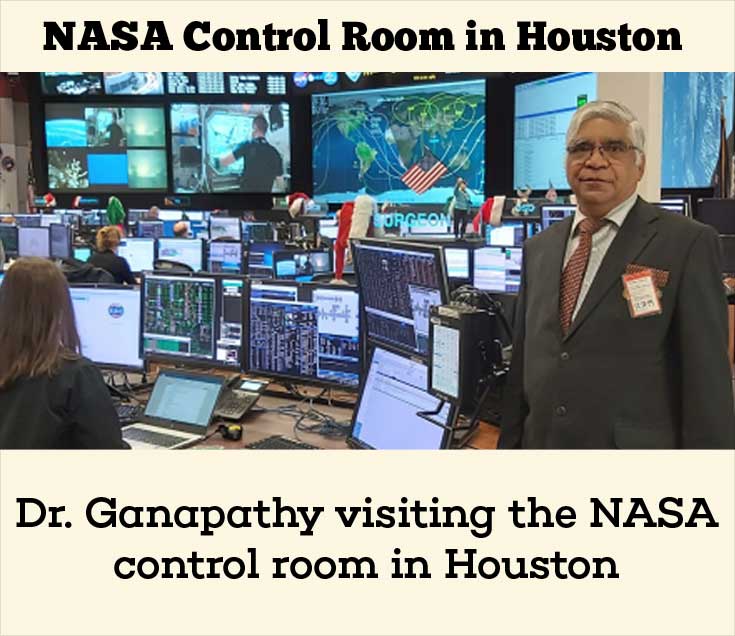 Heart and Vascular System Physiology in Space Understanding the physiological changes of the heart and vascular system of the astronauts during space travel is important as this can have long term implications on their health.

Space Exercise can Prevent Astronauts From Fainting on Earth Exercise in Space: Astronauts are less likely to faint on Earth, if they exercise in space, reveals a new study.