What is Sotos Syndrome?

Sotos syndrome is an uncommon genetic condition characterized by a physical overgrowth in childhood, a distinctive facial appearance and learning disabilities. Sotos syndrome is caused by a fault in the NSD1 gene. It is inherited as an autosomal dominant trait.

Mutations in the NSD1 gene are the primary cause of Sotos syndrome, accounting for up to 90 percent of cases.

The syndrome was first described in 1964 by Juan F Sotos in the New England Journal of Medicine.

Facts and Statistics on Sotos Syndrome

This condition occurs in about 1: 14,000 live births throughout the world.

In general, the head circumference and height of children with Sotos syndrome is greater than 2 standard deviations above the mean.

What is the Genetics Behind Sotos syndrome?

What are the Risk Factors of Sotos Syndrome?

Parents diagnosed with Sotos have a high risk of transferring the gene mutation to the offspring. Studies also indicate that people suffering from Sotos syndrome also have high risk of developing cancer, though the exact reason is still not understood.

What are the Symptoms of Sotos Syndrome?

Characteristic facial appearance - is diagnostic of Sotos syndrome. It is evident at birth and becomes most prominent at around 3 years. This include:

Prenatal and postnatal overgrowth - the average birth length and head circumference are between 95-98 percentiles. Before 10 years there is rapid linear growth and children are considerably taller than their peers. Data suggests there is predominantly an increase in limb length with large hands and feet.

Behavioral problems- such as phobias, aggression, autism, attention deficit disorders can make it difficult to develop relationships with others.

Bone age is advanced in 75% of prepubertal children. Premature eruption of teeth occurs in 60 to 80%.

Genital and/or urinary systems abnormalities occur in about 20% of affected individuals. Vesicoureteral reflux is the most common and may result in renal impairment in adults.

Scoliosis is present in about 40% of patients but is usually not severe enough to require bracing or surgery. Scoliosis may be diagnosed at any age from infancy to adulthood.

Seizures occur in about 25% of individuals. Non-febrile seizures, tonic, clonic, myoclonic, and partial complex seizures have been reported.

Hypotonia, rheumatic symptoms like joint hyperlaxity and flat feet (pes planus) are reported in at least 20% of individuals with Sotos syndrome.

Maternal preeclampsia occurs in about 15% of pregnancies.

Neonatal conditions like jaundice, hypotonia and inability to feed properly.

Approximately 2 - 4% of patients are at an increased risk to develop tumors including neuroblastoma, presacral ganglioma and acute lymphoblastic leukemia. However routine screening is not recommended.

How do you Diagnose Sotos Syndrome?

DNA studies by FISH (fluorescence in situ hybridization) analysis to detect microdeletions and partial NSD1 deletions, which account for approximately 10-15% of the cases. In patients without NSD1 abnormalities, genetic testing for NFIX should be done.

How do you Treat Sotos Syndrome?

Treatment is aimed at symptomatic management as there is no specific treatment for Sotos syndrome. The treatment of Sotos syndrome is directed toward the specific symptoms that are apparent in each individual. Coordinated efforts of pediatricians, geneticists, neurologists, surgeons, orthopedists, ophthalmologists, physical therapists and other health care professionals may be needed to systematically and comprehensively plan an affected childs treatment.

If scoliosis is present then non-surgical procedures are usually advised to tone and strengthen the back muscles.

Particular attention to growth parameters to help confirm the presence and extent of developmental delay, psychomotor retardation, and intellectual disability.

Regular follow up every 1-3 years in children depending upon the complexity of their problems. A clinical geneticist should see all young adults with Sotos syndrome to discuss the inheritance of the condition.

If raised intracranial pressure is suspected, investigation and management in consultation with neurosurgeon is advised.

If MRI shows ventricular dilatation, shunting is usually not necessary as the hydrocephalus associated with Sotos syndrome is typically non-obstructive and not associated with raised intracranial pressure.

Occupational and physical therapy to tone the muscles.

How do you Prevent Sotos Syndrome?

Sotos syndrome is genetic; hence one cannot prevent it. However with preventive healthcare one can detect and rectify problems early thus preventing later complications.

If eye anomalies such as strabismus and cataract occur then an ophthalmologist should be consulted at the earliest.

In case of scoliosis, hypotonia, and joint laxity an orthopedic referral is necessary.

MRI of the head is done to rule out hydrocephalus and corpus callosum defects especially in children with seizures.

Abdominal ultrasound up to 6 years of age may be done to rule out Wilms tumor, a common cancer in children that starts in the kidneys. 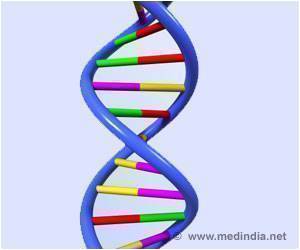