What is Sleep Paralysis?

Sleep paralysis is a temporary inability to move or speak and it happens when the patient is trying to wake up or fall asleep.It can be very frightening experience. Some people might have sleep paralysis only once or twice in their lifetime. While some patients experience it a few times in a month or more frequently. It can affect people of all age groups but is most common among the teenagers and young adults.

What are the Types of Sleep Paralysis?

Sleep paralysis occurs during a rapid eye movement (REM) sleep cycle, while the patient is awake. This makes it clear that REM cycle can sometimes occur while you are awake, but the reason why it happens remains a mystery.

Recurrent isolated sleep paralysis is a parasomnia, which involves undesired events that come along with sleep. An episode of sleep paralysis lasts for a few seconds or minutes and causes one to be unable to speak, or to move the arms and legs, body, and head. The patient can still breathe normally and be aware of what is happening. The episode usually ends on its own, or when someone touches or speaks to the person having the dream.

Sleep paralysis are of two types based on the situation of the patient in which it occurs.

What are the Causes of Sleep Paralysis?

Causes of sleep paralysis are as follows:

What are the Symptoms and Signs of Sleep Paralysis?

What are the Risk Factors for Sleep Paralysis?

How do you Diagnose Sleep Paralysis?

Recurrent isolated sleep paralysis is very common. The diagnosis is made by typical history of the onset, frequency, and duration of the paralyzing incident along with present or past drug history.

Patient must be very cautiously interrogated about the existence of any other sleep disorder symptoms in him or in his family members.

Maintenance of a sleep diary for two weeks will help the physician to track the sleeping patterns.

Besides this, few other tests are done. They are:

How do you Treat and Prevent Sleep Paralysis?

Treatment and prevention of sleep paralysis go hand in hand.

Sleep paralysis often gets better over time, by improving the sleeping habits and sleeping environment.

If the sleep paralysis is very severe, antidepressant medication such as Clomipramine may be taken, (to reduce or eliminate deep sleep) but must be prescribed at a lower dose than used for depression.

Treatment of sleep paralysis is cause specific. If, sleep deprivation is the cause for it, try to get at least six to eight hours of sleep per night.

If however, the sleep paralysis attacks cannot be prevented, it is advisable to develop effective coping strategies to employ in case of an attack. A number of such strategies have been suggested and different methods seem to work for different people. The attacks of sleep paralysis end or subside when the paralysis is broken.

Some popular management techniques to break the paralysis if it has already set in include: 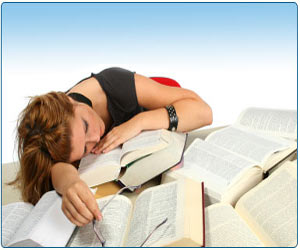 Dreams Demystified
Dream theories and meaning of dreams abound while our dreams continue to intrigue us, puzzle us, even embarrass us, and we often wonder if our dreams have a bearing on something in our real life.
READ MORE 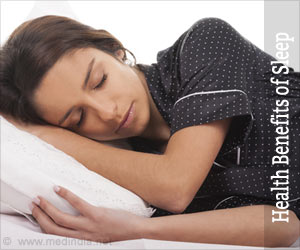 Paralysis
Paralysis is a condition where there is a loss of muscle function as well as sensory loss, which can occur due to damage to the brain or spinal cord. Paralysis treatment involves supportive care and rehabilitation.
READ MORE

Monoplegia
Monoplegia is the paralysis of one of the four limbs. It commonly affects the arms. It is mainly caused by cerebral palsy, but can be associated with other neurological conditions as well.
READ MORE